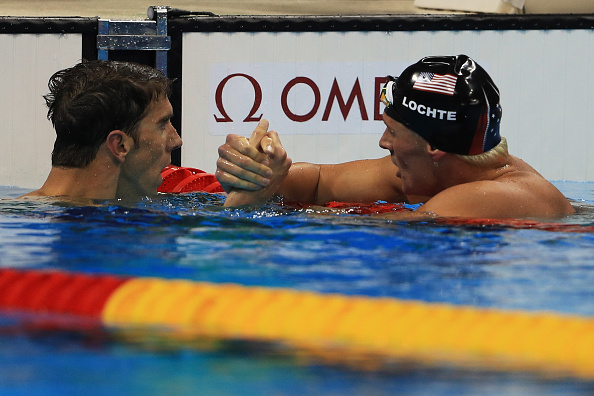 Following his lackluster performance in the 200-meter individual medley, U.S. swimmer Ryan Lochte is making the media rounds. Lochte’s recurring thought: He believes teammate Michael Phelps will go to Tokyo for the 2020 Olympics.

It started with the Today show and continued into The Dan Patrick Show. This comes despite Phelps’ coach and others saying that the 2016 Olympics would be Phelps’ last.

While speaking on Today, Lochte even joked that he would see Phelps in Tokyo. The two U.S. swimmers have roomed together in Rio and have matched up in the pool a number of times. This includes Thursday’s 200, where Phelps claimed yet another gold medal while Lochte finished fifth.

Later in the day, he talked with Kevin Frazier, who was filling in for Dan Patrick. Much like his Today interview, Lochte said he can’t see Phelps calling it a career quite yet.

As Lochte points out with Frazier, his track record predicting Phelps’ return to the pool is pretty good. Following the 2012 Games, Lochte predicted Phelps would be back in Rio.

Despite Lochte’s thoughts, there is still a good chance that Phelps is competing in his final Olympics. His last individual race of these Games is Friday, and he will compete again in a relay on Saturday. Whether this is Phelps’ final hurrah or not, we should savor the greatness that is Phelps.