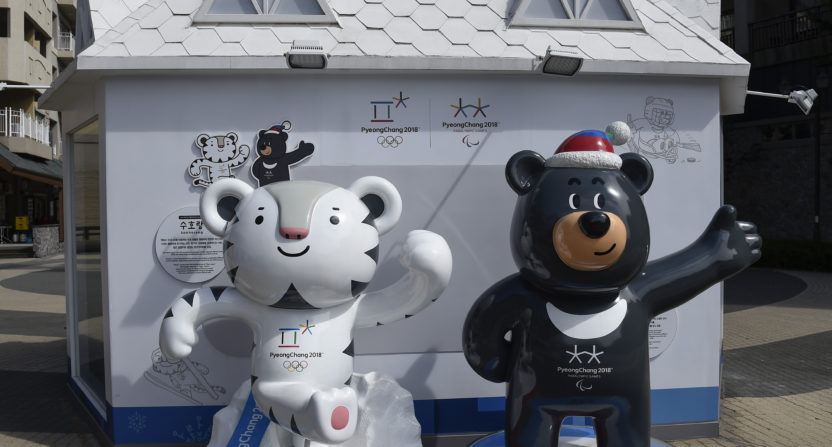 The Olympics have always been played with some political ramifications over the history of the games, but the upcoming Winter Olympics in South Korea may be entering some rare territory. South Korea, a little more than a month away from hosting the Winter Olympics, is reportedly proposing to meet with North Korean officials about the possibility of having a North Korean delegation at the games.

The news comes in response to North Korean leader Kim Jong-un has stated North Korea could send athletes to the Winter Olympics in Pyeongchang, South Korea. South Korean President Moon Jae-in sees this as an opportunity to establish a thawed relationship with his neighbors to the north and hopes that being able to open a dialogue between the two nations over the Winter Olympics could lead to some cooled tempers along the border.

The two nations have not held a formal dialogue since December 2015, so any opportunity to get back in the same room for a conversation would be a welcomed opportunity for the South Korean president, who wants the two nations to come closer together rather than drift farther apart and potentially clash in a war.

From a report from The Independent;

Mr. Kim’s overture was welcomed by the South’s government, which is led by liberal President Moon Jae-in, who favours dialogue with his northern neighbour to ease its nuclear threat.

He also hopes to use the Winter Olympics to improve inter-Korean ties.

He also told them to look into whether North Korean athletes could compete in February’s winter games.

If North Korea does send a delegation to the games, it will be a small one. Two figure skaters, Ryom Tae-Ok and Kim Ju-Sik (a skating pair), qualified for the games but the official deadline for North Korea to confirm their participation had passed. The two could only be allowed to compete now by special invitation from the International Olympic Committee, according to a BBC report.

Here at home, the very idea of North Korea being able to compete in the Winter Olympics will be sure to be discussed from more political standpoints. While we await the response from President Donald Trump (you know a tweet is coming sooner or later), South Carolina’s Lindsey Graham weighed in with his thoughts denouncing North Korea’s involvement.

Allowing Kim Jong Un’s North Korea to participate in #WinterOlympics would give legitimacy to the most illegitimate regime on the planet.

I’m confident South Korea will reject this absurd overture and fully believe that if North Korea goes to the Winter Olympics, we do not.

If the Olympics are about bringing nations together, then the opportunity for South Korea and North Korea to open up a conversation should be taken advantage of if possible. We don’t know how far this conversation will go beyond allowing the North Korean skating pair to attend and perhaps just establishing a brief pause in any military and verbal rhetoric along the border of the two nations, but here’s hoping the spirit of the games will find a way to allow for a peaceful dialogue that could potentially lead to a greater change. It’s unlikely that will be the case, but allowing two ice skaters to compete won’t be the end of the world. Kim Jong-Un has other ways to reach that end.