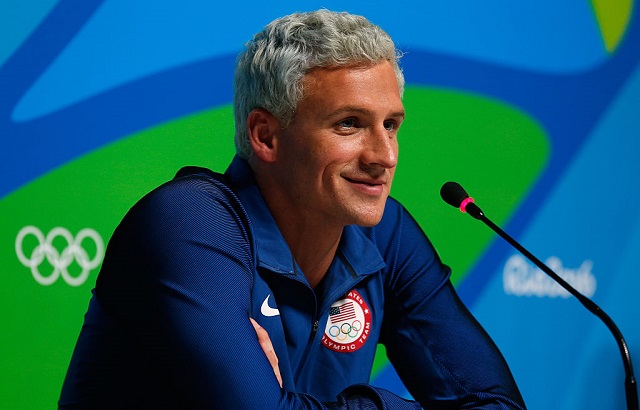 Finally, an Olympics story I can get behind, and this one’s so good it just might make up for the two weeks of fluff stories NBC forced down viewers’ throats. Then again, maybe NBC is right. The network repeatedly claims that Olympic viewers care more about off-field drama than on-field strategy. To NBC, the Olympics are the ultimate soap opera. And now, a recently killed-off character is being brought back from the dead.

Then again, is it really so surprising that the 32-year-old man who showed up to the Olympics looking like an extra from an Eminem video didn’t just quietly walk off into the sunset? Ryan Lochte looks and acts like a cartoon. If you told me that he was the love baby of Rob Gronkowski and The Situation from Jersey Shore, I’d believe you.

There might not be an individual in the world less suited to be at the center of an international conflict, which is what makes this whole episode so god damn fun. With that, let’s take a look at the five questions that need the most explaining.

1. What do we know happened?

Honestly, not much, but let’s give it a try anyway: On Sunday, Aug. 14, following a win, Lochte and three other American swimmers — Gunnar Bentz, James Feigen, and Jack Conger — went out to the French swimming team’s hospitality house to celebrate. They took a cab back to the Olympic Village. The cab stopped at a gas station. This is where the details get murky.

Lochte claims armed assailants dressed in police uniforms robbed him. This is what he told his mother on Sunday. She told the media and then Lochte himself later confirmed the story to NBC.

“We got pulled over, in the taxi, and these guys came out with a badge, a police badge, no lights, no nothing — just a police badge — and they pulled us over,” Lochte told NBC. “And then the guy pulled out his gun, he cocked it, put it to my forehead and he said, ‘Get down,’ and I put my hands up, I was like ‘whatever.’ He took our money, he took my wallet — he left my cellphone, he left my credentials.”

Pretty straight-forward, right? Rio, we all know, is a dangerous place. Lochte’s story vibes with everything we’ve heard about the host city leading up to the Olympics.

Except, by now, you’re no doubt familiar with the myriad holes in Lochte’s story. For example, Lochte would have us believe that these robbers took the swimmers’ wallets, but not their cell phones or the Yeezy Boost 350s that, thanks to security footage from the gas station, we know he was wearing during the robbery. Those sneakers, they just went for $10,000 on eBay.

Oh, and speaking of the security footage, we now have footage showing the swimmers getting into a fight with a security guard at the gas station where Lochte claimed the robbery took place. The latest video shows Lochte and the swimmers going in and out of a bathroom and pacing around.

Then we have sources say the Americans peed on the gas station walls and some reports claiming that Bentz and Conger ratted Lochte out to authorities, while others have the swimmers “doubling down.” Then we have the USOC coming out on the side of the Rio police, while Lochte is leaking stories to TMZ about the security footage having a gap while his attorney is adding that “no matter what happened at that gas station, the swimmers were robbed” and this whole thing is just one giant and beautiful mess and please, God, don’t let it ever end.

2. What do we think happened?

Ah, the fun part. My theory: Lochte and his boys went out, got trashed, showed up drunk at the gas station, had trouble getting into the bathroom, wound up breaking the door, then getting confronted by security guards, who did have guns, who asked them to pay for the damage, which the swimmers were embarrassed about.

That should have been that. But for some reason, Lochte called up his mom and told her that he was robbed and that’s how we’ve reached the point we’re at now. 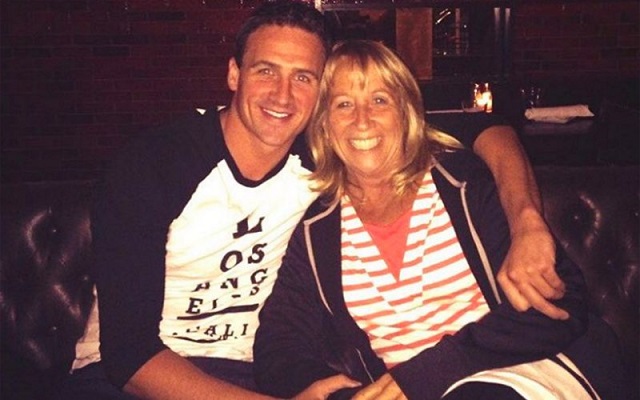 3. Why does a 32-year-old grown man feel the need to lie to his mom about his exploits from the night before?

Excellent question. Also, one that we just don’t have an answer to. Think about this, though: imagine if Lochte never called his mom. She doesn’t relay this story to the media and today Locthe and the rest of the swimmers are sitting comfortably in America with a Bud Light in one hand and a bag of Doritos in the other.

The phone call to his mom is the part I just don’t get, and if we were dealing with anyone other than swimming’s Slim Shady this detail would keep me on Lochte’s side. It just doesn’t make sense that an adult would tell his mom a made-up story. Then again, this is Ryan Lochte we’re talking about, a 32-year-old dude who still lives in a college town (he never left Gainesville) and parties with college girls and dresses like this.

Sense doesn’t apply in this world.

Hear me out on this one. Lochte has spent the past two weeks, and really the past 10 years, living in the shadow of Michael Phelps. He had a reality show that lasted about six months in 2013, but that was it.

Maybe this was all part of his plan. Maybe Lochte’s actually been reading the news everyday and knows that people will believe any salacious story about Rio and so he decided to make up this whole story. Yes, I know, this is Ryan Lochte we’re talking about and so this sounds crazy. But, well, the dude’s got to get some credit for leaving Rio before being exposed. That’s a brilliant move right there, one that his teammates, who were yanked off their airplane on Thursday, didn’t think of.

So I ask you again: is Ryan Lochte actually a genius…

OK… I take all that back.

5. How long did it take for Lochte’s teammates to narc on him?

So, to recap, Lochte told his mom and the media he was robbed, then bounced as soon as he could and left Bentz, Feigen, and Conger behind in Rio to deal with and clean up his mess.

Yeah, I’m guessing this conversation with the police was a quick one.

That’s the beauty of this story. There’s no telling what details emerge next. But if NBC knows what’s good it will create a new online channel dedicated solely to streaming Matt Lauer talking about his conversations with Ryan Lochte. That, my friends, is must-see TV.