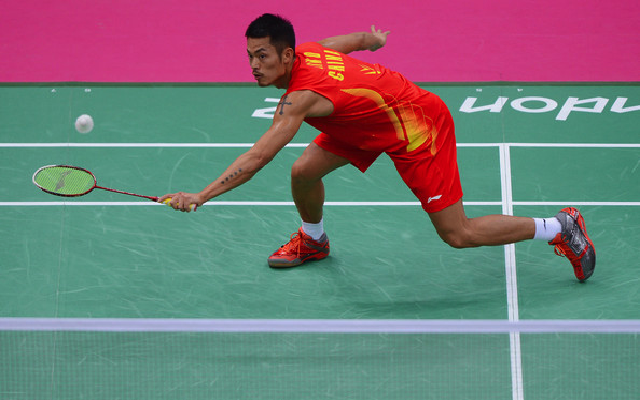 When the 2016 Rio Olympics roll around, everyone knows which sports will be a major television draw.

But fans know that there are plenty of other Olympic sports which get decent casual followings. It’s nothing like gymnastics, of course, but many will tune in to watch Olympic basketball and beach volleyball. There are also Olympic sports that get a modicum of attention from fans at other points on the calendar. People watch soccer and tennis, for example, even if those rarely break out at the Olympics.

Part of the beauty of the Olympic Games is that it has the ability to bring a major spotlight to some sports that no one ever really gets to see. Here are 10 sports that you may have never watched before, but are worth checking out.

To be fair, equestrian can be hard to understand if you don’t know the rules. On the other hand, it’s a very old sport and the competitors are very talented at what they do. So it’s worth checking out once, at least for a few minutes.

The modern metal bows take away from what would be an otherwise awesome medieval feel to the sport. But still, the concept is awesome. It is literally people shooting targets with a bow and arrow.

Staying calm and accurate while aiming at a target over 200 feet away with the pressure of an Olympic medal at stake makes archers some of the most mentally-tough athletes out there. Oh, and if a match ever ends in a tie, the tiebreaker is one shot. Closest to the center of the target wins. It’s like something out of Ivanhoe.

Badminton can be one of the fastest-paced sports out there. It combines the pace and quick-twitch reactions of table tennis with the movement and style of something closer to actual tennis. The “birdie” (officially called a shuttlecock), with its hard-to-follow flight paths and strange aerodynamics, can make points tough to follow. Still, it’s definitely worth taking a peek at some highlights and checking out a few matches at the Olympics.

Rhythmic gymnastics is basically an extended floor routine while playing with weird objects, including a hula hoop, a ribbon, a ball, and “clubs” (that are basically bowling pins). It’s definitely intriguing to see a routine or two and worth spending a few minutes watching, even if following multiple routines is far less appealing than watching artistic gymnastics.

This year will mark rugby’s return to the Olympics after an 88-year hiatus, though rugby sevens has never been played as an Olympic event. Rugby sevens is a much shorter version of the game (seven-minute halves rather than the usual 40) and, as the name might suggest, is played with seven players on each side. Seriously, the entire game of rugby sevens is like a final crazy-lateral play of any (American) football game, but that’s the whole point.

Weightlifting is simple and straightforward. The athlete steps up to a barbell with a heck of a lot of weight on it and tries to lift it. The one who can lift the most wins. There are a lot of medals available because there are so many different weight groups, but each competition is identical. It’s not at all unlike watching other competitions, such as the high jump or pole vault, where athletes try to do their absolute best and the winner is the one who can do the most.

The triathlon may seem to be just a collection of random races, but it is a real test of endurance and speed (not to mention that I don’t envy anyone who has to swim in the open water in Rio). Like the marathon and other lengthy races, it is sometimes difficult to watch in its entirety. But it is definitely worth catching a bit of and tuning in for the ending.

Sadly, this pretty cool sport has been totally lost on American audiences. Americans probably won’t tune in much during these Olympics either as there is no American team competing, which is a real shame for U.S. viewers.

Handball is basically lacrosse (but you have to dribble) without sticks played on an indoor basketball court. There are some weird quirks, such as the fact that a player has to jump before he can shoot the ball. But it’s a fun and fast-paced game worth checking out, even if no Americans are competing.

There are several different types of cycling at the Olympics, including street courses (think of a Tour de France stage), BMX, and mountain biking. By far the coolest, however, is track cycling. These are world-class cyclists riding as fast as they can around a tiny indoor track.

There are several medals available in track cycling, including an individual time trial and a team time trial, where racers reach unbelievable speeds on the sloped track. The most amazing event to watch is called the keirin. The keirin includes multiple cyclists racing each other around this tiny track. It includes everything that a NASCAR short track would: high speeds, inventive passes, and sometimes spectacular crashes. Don’t miss this event.

Everyone knows this sport. Everyone’s probably played it at some point, even if they called it “ping pong.” Olympic table tennis is incredible for several reasons.

Everyone can play it, so viewers can feel like they can do some of the things the Olympians can, albeit at a much lower level. The points are fast-paced and often include incredible shot-making. It feels both attainable and utterly impossible at the same time. Watching highlight reels of great table tennis points should be a national pastime — it’s just that awesome. The Olypmics brings out the best in the best players in the world. It’s a sport that you absolutely cannot miss.