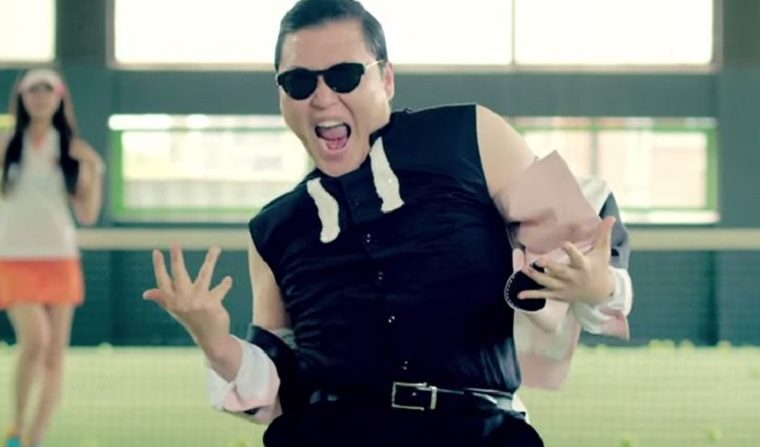 The 2018 Winter Olympics are underway from Pyeongchang, South Korea, kicked off with today’s opening ceremonies. Many woke up early to see the proceedings live, where the local time is 12 hours ahead of U.S. Eastern time. Most of us will watch the broadcast on NBC Friday night, hosted by Mike Tirico and Katie Couric.

Those who got up early, happened to be up very late, or are naturally early risers and happened to check out the official opening of the 2018 Winter Games, the return of the shirtless Tongan flag-bearer was an immediate highlight. The shirt was off once again and the torso was oiled up.

And this year, Pita Taufatofua is competing in the Olympics as a cross-country skier! But he’ll be remembered most for his appearances at 2016 and 2018 opening ceremonies (with maybe more to come).

“he has taken the shirt off” pic.twitter.com/1wpBh5j2BV

But what about the United States? In a presumed effort at diplomacy — and perhaps a thank you for a pop culture moment that burned brightly — the U.S. Olympic team entered to “Gangnam Style” by South Korea native Psy. Yes, “Gangnam Style.” It’s only been six years since that song was a thing, but it seems longer, doesn’t it? And maybe you forgot all about it. But the U.S. Olympic team didn’t.

Here’s how that entrance looked and sounded:

Because OF COURSE #USA had to enter to #GangnamStyle. ? #Olympics #PyeongChang2018 pic.twitter.com/7s0XwlduJJ

Disappointingly, vice president Mike Pence did not do the “Gangnam Style” dance. Perhaps he doesn’t remember the steps. Or maybe he didn’t want to imitate Barack Obama.

It’s also possible that Pence was just happy that everyone was standing up and not taking a knee. Flying out to Pyeongchang is too long of a trip to leave early for a political statement.

Just in case you had erased “Gangnam Style” from your memory and need a refresher, it’s available for you to enjoy any time you’d like. The song was released in 2012 and was a No. 1 single in South Korea. Later in the year, it hit No. 1 in the U.S., spending 28 weeks on the Billboard charts.

The video for the song was the first on YouTube to reach one billion, then two billion views. It’s now been viewed over three billion times and has received the most likes every for a YouTube video. President Obama once cited the song as an example of people being swept up around the world by Korean culture.

So it’s understandable why the U.S. team chose “Gangnam Style” for its entrance music. It was a tip of the cap to recent cultural nostalgia and an acknowledgment of art that South Korea has offered to the world.

Personally, I would’ve liked to see the U.S. enter to Pavement’s “Cut Your Hair.” Has it ever been decided whether Stephen Malkmus is singing “Korea” or “career” toward the end of the song?

(OK, it’s “career.” That fits with the rest of the song. But it sounds like “Korea” — and Malkmus even once insisted, surely jokingly, that he was singing “Korea” — and would’ve rocked the Pyeongchang Olympic Stadium.)