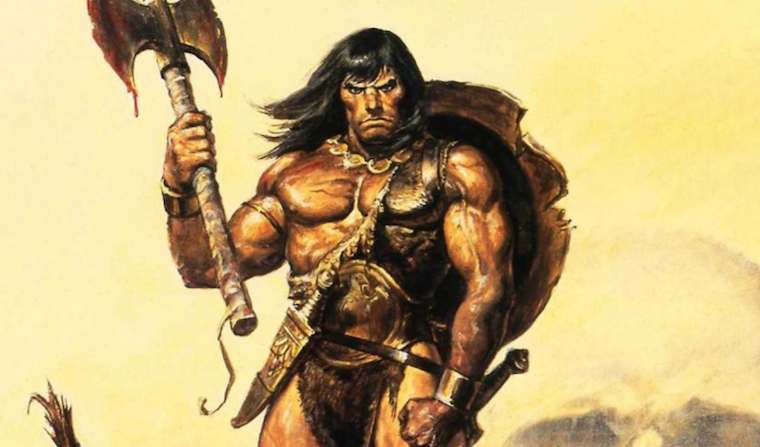 Amazon is planning to add more to its arsenal in Jeff Bezos’ quest to find a Game of Thrones type of series to carry its Prime streaming service.

As first reported by Deadline, the streaming and shopping conglomerate is developing a Conan the Barbarian series, based on the warrior created by novelist Robert E. Howard. The series will be titled Conan (not to be confused with TBS’ Conan O’Brien late-night talk show) and will begin with the character’s origins.

When his village is destroyed in his youth, Conan is taken into a life of slavery. As a teen, he escapes and eventually becomes a respected warrior who fights in several wars. Tiring of warfare, Conan then becomes a wanderer, living as a thief and outlaw. Through his many travels, he battles monsters, wizards and rival warriors, while encountering many, many women.

Whether or not the series will follow any particular story written by Howard or perhaps be influenced by other novels or comic books that have been written over the decades isn’t yet clear. But executive producers Ryan Condal (Colony) and Miguel Sapochnik (Game of Thrones) intend the series to hew more closely to Howard’s original novels than previous adaptations.

This Conan series join the upcoming Lord of the Rings prequel series as epic, big-budget projects that Amazon is now favoring over smaller, niche comedies in an attempt to attract a wider audience (and get more people to subscribe to Amazon Prime). The concept of a nomadic warrior who has a reputation as a mercenary in a sword-and-sorcery setting could certainly fuel an ongoing TV series, especially with the producer of a sci-fi series and the director of standout Game of Thrones episodes (notably “Battle of the Bastards”) as the creative forces behind it.

The most famous adaptation of Howard’s Cimmerian warrior was 1982’s Conan the Barbarian, starring Arnold Schwarzenegger and directed by John Milius. That movie is considered a cult classic. (A sequel, 1984’s Conan the Destroyer, is most certainly not.) An attempt to bring back Schwarzenegger as an older version of the character in The Legend of Conan was abandoned last year. A syndicated TV series, Conan the Adventurer — starring another former bodybuilder, Ralf Moeller — as our favorite barbarian ran from 1997 to 1998. And there were two animated Conan series in the early 1990s.

A Conan the Barbarian reboot was made in 2011 with Jason Momoa playing the title character. Despite Momoa appearing ideally suited for the role, the movie was poorly written, directed and reviewed, and ended up flopping in theaters.

The announcement of Amazon’s Conan series follows the return of Conan the Barbarian‘s comic book rights returning to Marvel Comics after being with Dark Horse Comics for the past 15 years. Marvel published Conan comic books from 1970 to 2000 — some of them drawn by legendary artists such as Barry Windsor-Smith, Neal Adams and John Buscema — including the more adult-themed Savage Sword of Conan which was published in magazine form.

(Marvel has nothing to do with movie and TV adaptations of the property, if you were wondering.)