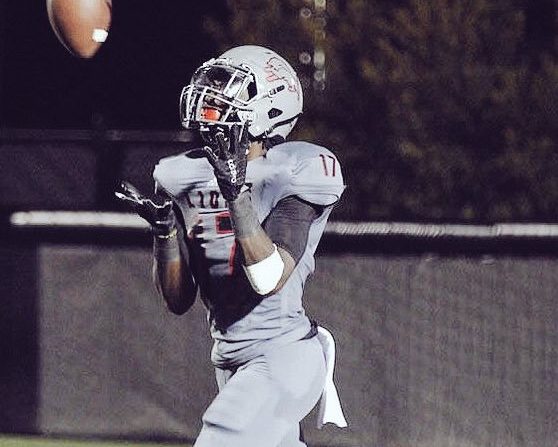 Last Chance U star Isaiah Wright, is looking for a new school for the second time in less than a year after starring for East Mississippi Community College in 2016.

Wright left EMCC for Division II West Georgia, but according to 247Sports, he’s no longer on the roster at WGU. It’s unclear where he is headed now, but 247, citing sources, suggested that he could be headed to Indiana—a big step up from West Georgia.

According to Wright’s older brother Eszmone Patrick, who was also featured on the show as the Lions’ team manager, Wright is currently living with their other brother, Camion Patrick, in Bloomington, Indiana, possibly in hopes of playing for the Hoosiers.

Indiana sources have told 247Sports that the Hoosiers’ staff is neither aware of Wright’s presence in Bloomington nor of any intention on Wright’s part to join the football team.

According to 247, Wright reported offers from Auburn, Indiana, Iowa State and West Virginia in addition to West Georgia after last season, and he ranked as the second best junior college running back in the country. As documented in the show, Wright spent much of the past season dealing with injuries as well as butting heads with controversial head coach, Buddy Stephens.

Wright’s options to play at a D1 level seemed to dry up as he fell out of favor with the coaching staff, which was observable at many practices and games attended by D1 schools. Earlier in the season before the falling out, Stephens spoke glowingly of Wright as possibly the most talented player on the roster and worthy of a D1 scholarship, but as the relationship soured, those doors never seemed to open for Wright.