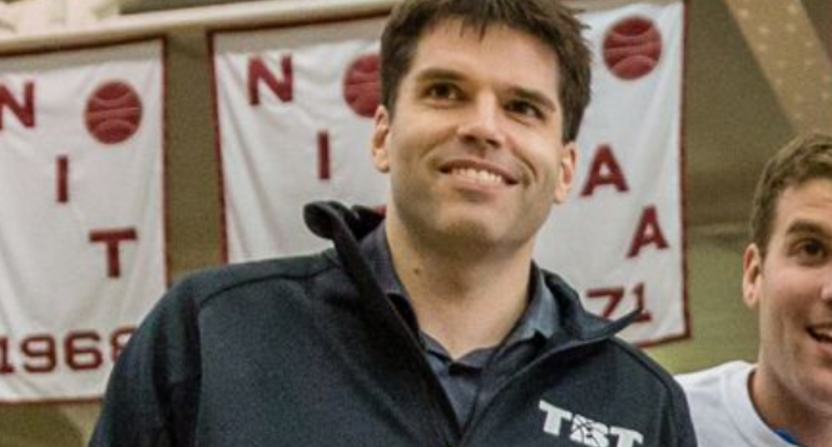 Around 2015, an email from an Ohio middle school principal named Nick Elam landed in the inbox of info@thetournament.com. What Jon Mugar, the founder and CEO of The Basketball Tournament (TBT), opened was a detailed, 67-page PowerPoint with a radical new idea on how to improve how basketball games ended.

It was a simple plan and idea. At the first stoppage in play under four minutes, turn the clock off. Add seven points to the leading team’s score and that’s the number you had to reach to win the game. This year, TBT on ESPN is thriving and fans have fully embraced the Elam Ending, with each elimination match ending in a game-winner. Our Matt Yoder even called it “the best thing to happen to basketball this century.”

Awful Announcing chatted with Mugar about the backstory behind how the Elam Ending was implemented and how TBT is trying to continue to innovate and dominate the midsummer basketball landscape.

“I’m very much a basketball purist,” Mugar told Awful Announcing. “And so I kind of wanted to hate it and turn back at every single word.”

Mugar pored through every word of Elam’s blind email presentation, searching and hoping for mistakes in punctuation or any kind of error that would give him the excuse to toss out this plan.

“But it was so perfectly worded and written and laid out that I began to consider it.”

Then for close to two years, Mugar sat on it, considering what to do after watching TBT grow in popularity, yet seeing endings of games drag on with unnecessary fouls and stoppages that Elam’s plan would have eliminated. In April 2017, ESPN’s Zach Lowe introduced Elam’s plan to the world, and the Elam Ending was first tried out in TBT’s play-in games that summer.

Mugar wanted “to see what it looked like and how fans responded, where we grew comfortable enough to implement it at this year’s tournament.”

The Elam Ending really appealed to Mugar for what it’s designed to do, and that’s to create more exciting endings and less teams sitting on leads and running out the clock in a foul-fest. That forces teams to take the initiative in order to win and advance in TBT’s tournament, where the winner will earn $2 million.

Mugar said that in past editions of TBT (this is the fifth year of the tournament), he would sit through so many games with a five to 15 point gap heading into the final minutes “and it was so painful to me, because we’re such a high-stakes event that it was nothing to lose for the team that’s trailing. So they have no choice but to foul, and you knew the outcome was inevitable anyway.”

When the game is nearly out of reach, instituting the Elam Ending was a no-brainer for Mugar. What he really wanted to test out was how the Elam Ending would hold up in a closer, more tightly-contested game.

Mugar didn’t want to eliminate that tournament-style buzzer beater that makes people go crazy, “but it’s sort of been the happiest discovery this year so far that when these teams are tied or close going into the Elam Ending, it’s an awesome, awesome, awesome experience. It’s like pure, possession-oriented, very high-stakes basketball.”

Without what Mugar called the crutch of the game clock, teams with only a one-possession lead are forced to get extremely serious, without the ability of grinding out possessions and playing not to lose, like you see in elimination games at times in every sport.

“They have to score those points, or they’re not winning,” Mugar said. “And you see teams that if they go two possessions without scoring, that really starts to mess with them and they’ll start to freeze up a little bit.”

“You hear the audience exhale and you hear them breathing on every shot in that final possession, which is awesome,” Mugar said.

As a startup entity, Mugar said TBT was willing to take more risks like the Elam Ending, while the NBA and NCAA have been around for decades with huge financial success and a built-in fan base.

“They have very little incentive to take big risks like this.”

However, you have seen the NBA and NCAA be more experimental in the lower ranks, with numerous rules and formatting changes being tested out in the G-League and the NIT over the last three or four years. That coincides with the years TBT has been in existence, which Mugar calls a coincidence.

One TBT tradition that the NCAA instituted is the winning team advancing their teams on the tournament bracket after the game, which took four years to finally catch on.

For the Elam Ending to catch on elsewhere, Mugar said  “it would be at least four years.” But what he’s really looking forward to is seeing how Elam Endings turn out in the later-round games of TBT, with the round of 16 beginning on Thursday.

“We still haven’t had the biggest test of all, which is what happens with the Elam Ending when a team gets $2 million and the losing team gets $0,” Mugar said. “And that’s the ultimate stress test for that rule.”

The Elam rule will continue to be evaluated after the season ends, Mugar said, but so far, it seems like it’s been an enormous success. Not bad for something that randomly popped up in your inbox.