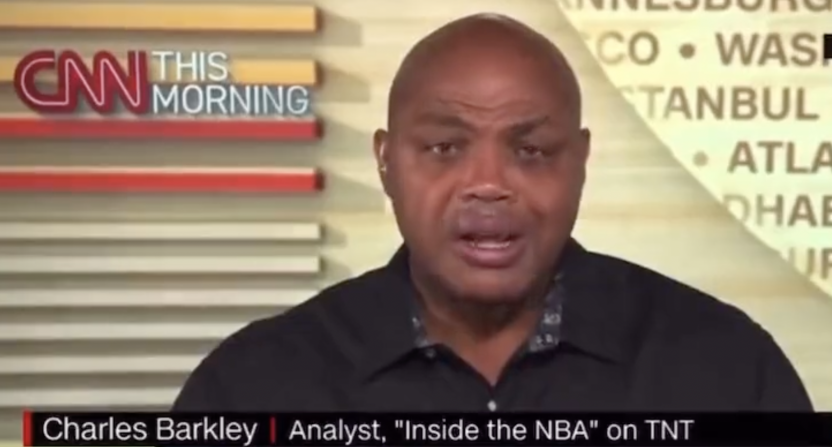 Sunday morning, America woke up to hear about another mass murder that led to five people being killed with 18 others injured. This deadly shooting took place in a gay nightclub in Colorado Springs, Colorado.

NBA commentator Charles Barkley, who appeared on CNN recently during their election coverage, said at the time that the Black community doesn’t support the gay community.

“One thing that’s always disappointed me: Black people treat gay people, we are the worst when it comes to treating gay people,” Barkley said. “It’s always bothered me.”

In light of the violence that took place late Saturday night into early Sunday morning, Barkley’s recent comments resurfaced and have angered many in the Black community who think his sentiments are dead wrong.

The big reason that Barkley’s comments resurfaced was how they contrasted with the identity of the shooter, who has not African-American and is, in fact, the white grandson of a Donald Trump supporting-Republican who voiced support for the January 6th insurrection. When people then listened back to Barkley’s inferences, it did not go over well with many people on social media. They are now taking to Twitter to call him out over his notions about the relationship between the Black community and the LGBTQ community.

White men are shooting up gay clubs and Charles Barkley is tap dancing on CNN saying Black people are the worst at mistreating the gay community.

I have to see the whole clip. Did anyone push back on this anecdotal horseshit? Black people don't run America so what rights have Black people denied the LGBTQ Community from exercising? See @JalenRose this is your so-called "THE GREAT CHARLES BARKLEY". Chuck is a dumbass. https://t.co/M0214gJxy4

Why is charles barkley on CNN talking about shooting in the first place.
And yes, Charles Barkley missed the mark with this what about chicago nonsense that has nothing to do with what happened in Colorado Springs. https://t.co/Myh8aTbpUv

Barkley has been criticized before for his comments about different subjects, including race relations in this country. His latest comments are clearly not sitting well with the Black community.

A clip from Charles Barkley’s interview on CNN last week is spreading today in which he claimed Black people are not great when it comes to the LGBTQ community. Ta-Nehisi Coates took Chuck to task years ago, comparing some of Barkley’s words to a “garden-variety racist.” pic.twitter.com/BEcEBmcuqc