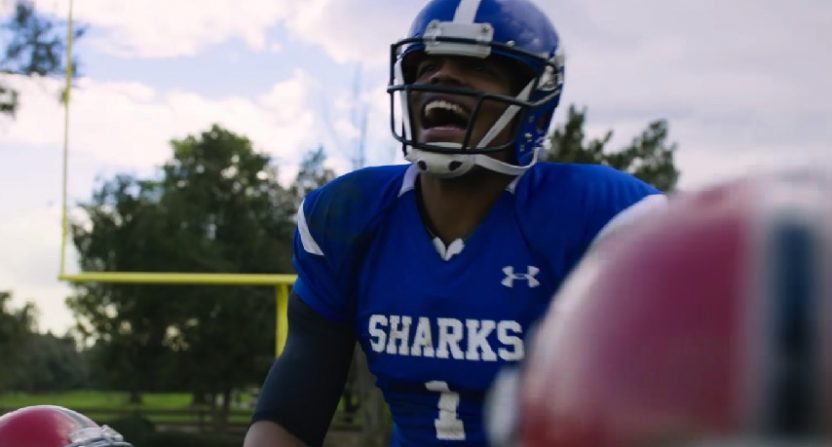 For most of us, the game is what matters most about the Super Bowl. But the final Sunday of the NFL season is a virtual holiday because of the commercials. The ads are what truly bring people together and has us talking the next day. (That is, unless the game is one for the ages, as the New England Patriots’ comeback 34-28 victory in Super Bowl LI was.)

This year’s crop of Super Bowl ads got off to a very slow start and overall, the ads were underwhelming. (Fortunately, the game itself salvaged the evening. But while very few, if any of these commercials will stay in our memory, several of them still managed to provide some laughs or a pause for thought.

Here are the best 10 ads we saw during Super Bowl LI. [Afterwards, please click here for the five worst.]

Intel: Brady Everyday
This one seemed like it was going to be bitterly funny when the Patriots fell behind 21-3 to the Falcons. Doing an ad for Intel’s 360° technology felt even more painful when Fox used it for a replay of Robert Alford’s pick-six off to give Atlanta a 21-0 lead. But just as with the Super Bowl, Tom Brady comes out looking great. The kicker was the bathroom joke at the end.

Ford: Go Further
People getting stuck in wetsuits, t-shirts, doggy doors was easy comedy. The kid’s helmet catching on his big wheel handle bars was also a chuckle. Some may like Super Bowl ads to start off with more of a bang, or something truly groan-worthy. But this felt like a nice way to ease into what turned out to be a long evening.

Buick: My Kid’s Cam Newton
The commercials were not looking strong early in the Super Bowl broadcast, but Buick provided the evening’s first laughs with Cam Newton roughing up a bunch of kids in a youth football game. It wasn’t as hilarious as Peyton Manning’s United Way sketch on SNL, but Newton being mean to kids wouldn’t have been very funny either.

Tide: Terry Bradshaw
There were a handful of Super Bowl ads that tried to fool the audience into thinking they were watching one thing, while it turned out to be something quite different. Several viewers thought Fox analyst Terry Bradshaw was actually on the air with a big stain on his shirt, but that was just the opening for what turned out to be a clever, engaging ad for Tide. A contender for best ad of the night.

T-Mobile: Justin Bieber #UnlimitedMoves
Putting Justin Bieber in your Super Bowl ad is a sure risk for any product, but it’s better to inflame passion than get no response at all. It was also nice to see Rob Gronkowski in a commercial since he wasn’t on the field for the Patriots. It’s just too bad that Terrell Owens’ appearance in the ad couldn’t have been the cherry on top for him getting into the Pro Football Hall of Fame over the weekend.

Avocados from Mexico: Secret Society
OK, this took a long swim to get to its joke (even longer with the extended cut online), but pulling viewers in by getting them to wonder what the hell the ad is for is usually a good tactic. All of the costumes and conspiracy theories leading to an avocado ad made for an amusing payoff (with some funny social media jokes too). And striking a blow for Mexico in light of current events also felt bold.

Sprint: Extreme Measures
Personally, this was my favorite Super Bowl ad of the evening. “Well, kids — Daddy’s dead” got a laugh out loud. (The idea of faking one’s death to get out of debt or a contract is a thought that has surely appealed to many of us, right? Right?) During an evening that missed outrageous or dark humor, Sprint took more of a risk with this ad. And maybe we were left to wonder what happened to the former Verizon/now Sprint guy out in the secluded countryside, right? Right?

Netflix: Stranger Things 2
This ad for Stranger Things 2 may have been the game-changer of the night. The Super Bowl was looking like a snoozer in the third quarter, then we got what looked like it might be an appeal to nostalgia or a throwback ad for Eggo, only for the screen to go fuzzy and hear someone scream “Eleven!” As she opens her eyes suddenly, we’re pulled in with a montage of cuts from season 2 of Netflix’s summer sensation Stranger Things, which will premiere on Halloween. It snapped everyone out of their Super Bowl daze and perhaps not coincidentally, the game became more interesting after this ad played.

Budweiser: Born the Hard Way
Many people probably saw this ad before The Big Game as Budweiser released it online last week. Nonetheless, it looked even better on a big flatscreen TV. There was definitely an underlying theme to many Super Bowl ads responding to current events and the climate that President Trump has created in the country. Some people didn’t like this commercial for that reason, but it does have a compelling story and message about determination, opportunity and welcoming, even if it’s ultimately about beer.

NFL: Super Bowl Babies
It kind of seems unfair for the NFL to run an ad during the Super Bowl. Isn’t the game already a four-hour long ad for pro football? But hey, this is the NFL’s sandbox. Why shouldn’t they get to play in it too? It’s certainly much more agreeable with super-cute babies dressed up like famous NFL players and coaches. Baby Ditka is a winner, but Baby Von Miller feels like the true champion of this ad. (Are we selling Baby Vince Lombardi short? Probably.)