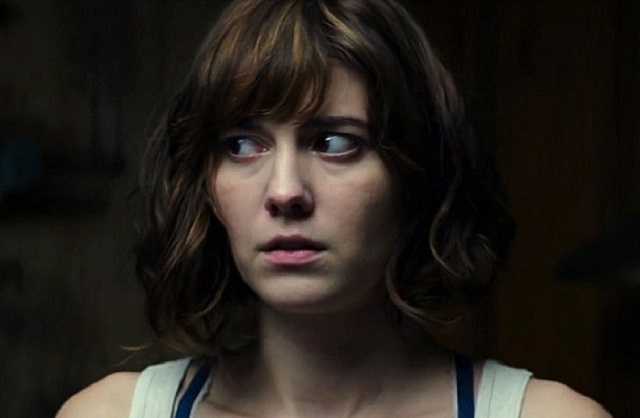 At first glance, 10 Cloverfield Lane doesn’t look like the kind of film that requires think-pieces, analysis and endless speculation. Of course, when you take a closer look at the film’s backstory, you realize that there’s way more to the story than a simple thriller about a man keeping two young people “safe” in his bunker from an unseen enemy.

You have questions, so let’s try to provide some answers (at least as many as we can).

No? Maybe? Kinda? Not really? Honestly, you led with the worst question of all because this is what’s at the heart of the whole mystery surrounding 10 Cloverfield Lane. J.J. Abrams is on record as having said, “This movie is very purposefully not called Cloverfield 2, because it’s not Cloverfield 2.” He’s described it as a “blood relative” to 2008’s Cloverfield, which probably has double-meaning.

Abrams says the screenplay itself came to him on spec (short for speculative), which means it was originally entirely unrelated to Cloverfield. However, in the same interview, Abrams says “there is something larger at play that if we’re lucky enough to get to do [another movie] I think could result in something pretty cool.” So clearly, there is a connection and 10 Cloverfield Lane takes place in the same “universe” as Cloverfield.

It’s also always good to remember that J.J. Abrams is a mega-liar who constantly misdirects and misleads audiences in an attempt to maintain secrecy, so take everything he says with a pillar of salt.

Let’s take a step back, remind me what happened in Cloverfield.

So Cloverfield came to us in January 2006 as the end result of a mysterious marking campaign that got people all up in a tizzy wondering what the hell a Cloverfield was. What it was, was a found-footage Godzilla movie, more or less. For some, the hype beforehand had built the film up so much that it didn’t live up to their expectations. For others, it was a solid, modernized take on the monster movie.

Well, let’s just say that if any of the young folks from Cloverfield show up, it’ll be a hell of a retcon job.

All right, so what’s the plot of 10 Cloverfield Lane?

Well, as far as we’re aware, based on trailers and press materials, the plot follows Michelle (Mary Elizabeth Winstead), who after surviving a car crash ends up in the care of Howard Stambler (John Goodman), a survivalist who lives in an underground bunker. He informs her that a chemical attack has destroyed the Earth above and they, along with Emmet (John Gallagher, Jr.), must survive down here. All signs point to her disagreeing with this plan and wondering what actually is going on up above. 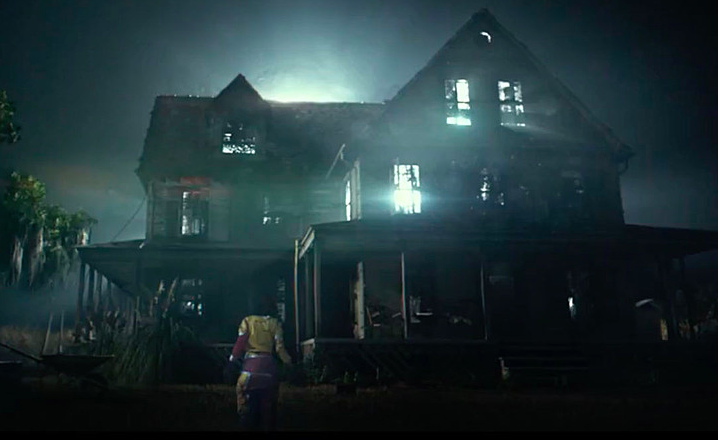 “The Cloverfield monster isn’t in this movie.” – J.J. Abrams.

“There’s a new monster and there’s something else that happens.” – J.J. Abrams

So got any good theories as to what’s going on?

Oh, there are lots of theories. Some folks think the Earth is a nuclear wasteland following attempts to destroy the Cloverfield monster, which only spawned more monsters. Others think the film is actually a prequel and only becomes tangentially related in the closing moments when we learn the explosion we see in the trailer is the explosion from the end of Cloverfield.

Some have posited that John Goodman’s character is actually the good guy here, working with a knowledge of what’s to come and trying to keep people alive. Some wonder if Winstead’s character is actually the “bad guy” and is infected with whatever disease they’re trying to survive. And, of course, the Cloverfield babies that we saw in the New York subway tunnels of the first film could be the ones causing havoc these days.

Does the Eiffel Tower come into play at all?

Well, you’re an observant one. Yeah, an interesting design detail that emerged from the trailer is the appearance of the Eiffel Tower throughout John Goodman’s bunker and even on clothing.

We could go down a lot of rabbit holes here. The same person who designed the Eiffel Tower designed the Statue of Liberty, which was famously featured in the Cloverfield marketing campaign. So it could just be a thematic connection.

One Reddit user (it’s always a Reddit user) has another theory. Here’s what Eiffel himself said when he erected the tower:

“Not only the art of the modern engineer, but also the century of Industry and Science in which we are living, and for which the way was prepared by the great scientific movement of the eighteenth century and by the Revolution of 1789, to which this monument will be built as an expression of France’s gratitude.”

So if the tower represents enlightenment, science and discovery, maybe the events surrounding 10 Cloverfield Lane are about what happens when we go too far in all three directions. Kinda like by creating Slusho and causing the Cloverfield monster to be born.

Oh, this is a whole thing. So back when Abrams and crew were being really coy about what Cloverfield was, they introduced the world to a Japanese soft drink called Slusho. According to the viral marketing, the creation of Slusho required developers to drill into the ocean floor for an ingredient called “seabed’s nectar.” When eagle-eyed viewers saw a falling satellite crash into the ocean in the final scene of Cloverfield, it seemed to confirm that this tampering with nature for man’s own enjoyment appeared to be our downfall. 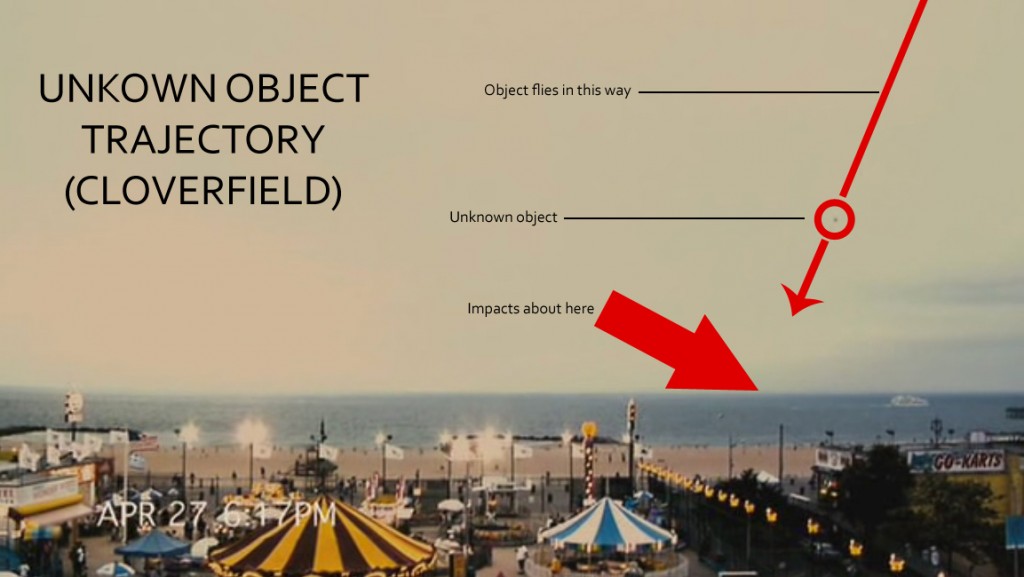 Welcome to J.J. Abrams’ world. This connection is firmed up by viral marketing that links John Goodman’s character to the parent company that creates Slusho.

Is Bradley Cooper in the film?

Funny you should ask because, yes, Bradley Cooper is credited as “Ben,” though we don’t know who that is and what role he plays. He could be super-important or he could be a total red herring. How did you know?

Well, he’s in everything these days, isn’t he?

So what’s the most likely scenario here?

Well, just remember that before this movie was in J.J. Abrams’ clutches, it was a “hit list” screenplay titled The Cellar which people loved. So while Abrams may have tied it into the Cloverfield universe and massaged some extra layers of intrigue to it, it was probably already a very twisty-turny tale with a killer ending. So all we’re willing to suppose is that you should stay on your toes and assume nothing. 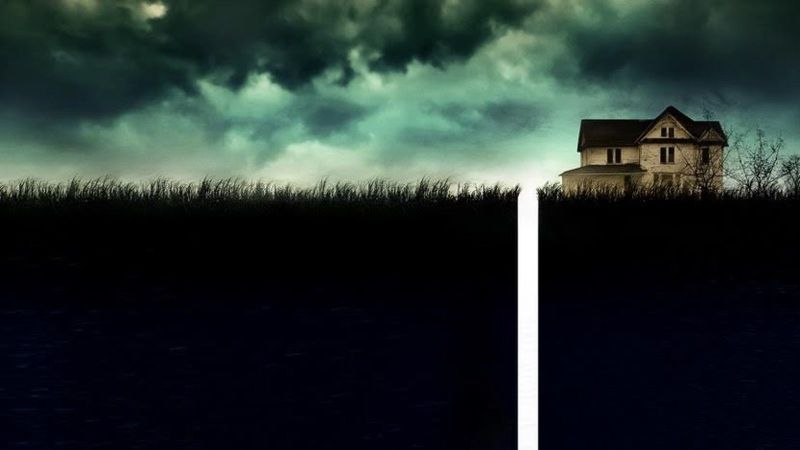 So is this whole “keep everything a secret and pump out viral marketing to get everyone excited” strategy good or not?

The strategy backfired in a major way for Lost because the marketing was teasing out ideas that ultimately didn’t matter, not to mention that the show didn’t even know where it was going. It was asking the fans to deep-dive for the sake of it, instead of getting a pot of gold at the end.

The strategy really didn’t work for Star Trek: Into Darkness, as everyone steadfastly denied that Benedict Cumberbatch was playing Khan in order to maintain a surprise that no one was surprised by when it was revealed. When the movie underperformed, it made people question if the filmmakers had their priorities in order.

The strategy worked to a degree for Cloverfield. While it’s true that a lot of people felt the movie couldn’t live up to the hype that the marketing created, it also pushed the movie to a box office height it probably wouldn’t have reached otherwise. The film made $170 million on a $25 million budget, which is pretty impressive.

Will it work for 10 Cloverfield Lane? It depends on how good the movie is, really. If audiences walk out feeling as though they’ve been duped, it’ll sour their feelings on this kind of strategy. If they come out feeling like they’ve just seen a fun, fresh take on the thriller/monster movie, then they’ll be happy to devour all of the viral marketing, fake websites and vague promises that come before the next one.