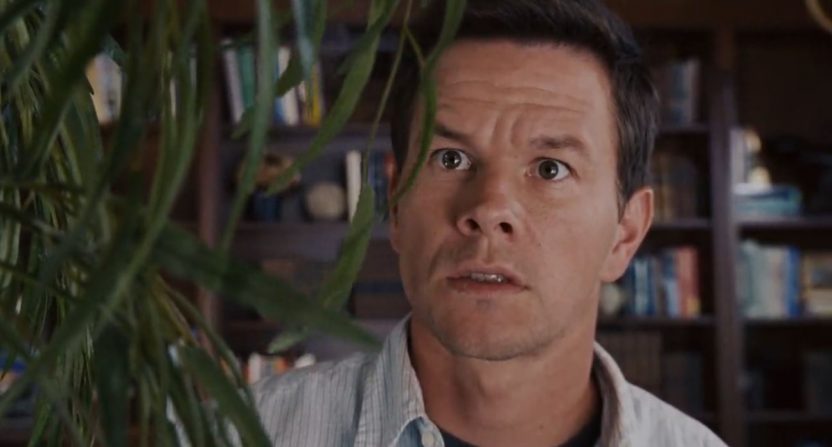 We’ve all gone to the movies and walked out of the theater disappointed. But depending on what kind of moviegoer you are, it’s possible you’ve walked out of a movie theater depressed and/or despondent over what occurred in the preceding two-to-three hours.

I can say that that experience has happened to me twice. The first time was after watching The Matrix Revolutions. I was an avid fan of The Matrix and one of the few people who enjoyed The Matrix Reloaded (though the years have been unkind). My assumption was that Revolutions would be the soothing balm that healed any storyline wounds, ensuring the trilogy’s place among the all-time greats. That is not what happened. I remember leaving the theater feeling confused and unsure “what it all means.” I was so disappointed it made me rethink whether or not The Matrix was actually as good as I’d made it out to be.

The second time this happened, which was entirely my fault, was after walking out of The Happening. Ten years ago, I was there opening weekend to watch M. Night Shyamalan’s eighth directorial effort with an enthusiasm that was based more on a waning potential that had long ago been squandered. This film, his first R-rated offering, would be the one that reminds us all what a great filmmaker this former Hollywood wunderkind.

The film wasn’t even half over before I uttered “oh no” out loud for the first time. At a certain point, possibly during a scene involving Mark Wahlberg, I couldn’t stop myself from laughing at what was supposed to be some very serious business involving killer wind (or something). I left the theater that day feeling similar to the way I’d felt after Matrix Revolutions, but in more of a “he was who we thought he was” kind of way.

Ten years later, it’s a minor miracle that Shyamalan still has a Hollywood directing career. Keep in mind this was before The Last Airbender and After Earth, which makes his recent return to form with hits The Visit and Split all the more surprising. But perhaps Shyamalan, who has seemed to buy into his own hype in a way few filmmakers have ever done, needed to make those bad movies in order to figure out what got him here in the first place.

The Happening, of course, was not the outlier. Shyamalan had already squandered most, if not all, of the goodwill he’d earned with The Sixth Sense and, to a lesser extent, Unbreakable. Signs was a commercial success but quickly became mockable for its twist (aliens killed by water attack planet made mostly of water) and crappy lesson (it’s okay that your mom died horribly because it was so she’d help you kill aliens). 2004’s The Village was supposed to be a return to spooky form but ended up cementing Shyamalan as a one-trick pony whose films built towards twists that didn’t warrant their existence.

Lady in the Water is where the remaining wheels came flying off. A critical and commercial bomb, Shyamalan cast himself to play a writer destined to change the world via martyrdom (yikes). One of the characters is a critic who is presented as a smug know-it-all ultimately proven to have no true understanding of storytelling (ugh). Plus, the film was accompanied by an “unauthorized” documentary about Shyamalan that claimed to be made without the filmmaker’s cooperation but was, in fact, a failed marketing ploy (gah).

So by the time The Happening came around, Shyamalan’s reputation as a master filmmaker was in tatters. Still capable of getting a green light for a film with his name above the title, he seemed to push all his chips into the center of the table with the only trick left in his bag: an R-rating. There wasn’t much left to make a Shyamalan movie seem like something you needed to pay money for, but the promise of blood and gore coupled with whatever twist lay ahead was enough to intrigue some, including me. And to be sure, the movie’s trailer, which features people stepping off buildings and killing themselves without reason while also referencing “the event” but never explaining what that is, created a certain curiosity. I think most people didn’t expect much in terms of payoff, but there was that lingering possibility that maybe, just maybe, this was the one to win audiences over again.

As you’re probably aware in 2018, that was not the case. Not even close.

In The Happening, a series of unexplained suicides is eventually revealed to be the result of a toxin that plants all across the country are releasing into the air. When people come in contact with the toxin, it causes them to immediately kill themselves, often in the most gruesome way possible in that situation. We follow Philadelphia high school science teacher Elliot Moore (Mark Wahlberg), his estranged wife Alma (Zooey Deschanel), and Elliot’s friend Julian (John Leguizamo) as they attempt to outrun the effects of the toxin along with others. Eventually, the epidemic subsides and life goes on for the survivors, but the threat of its return in other parts of the world carries on as humanity has to come to terms with its effect on nature and the planet.

You can see where the germ of the idea behind The Happening comes from. Perhaps there was a good story that could have made sense of it. But the path Shyamalan takes (the trees are trying to kill us!) was not the way to go. It takes a true mastery to make wind and green leaves seem ominous and he’s just not up to the task here. He’s also not helped along by the fact that so many scenes, including grisly deaths, come off as laughable instead of terrifying (the truly bad CGI doesn’t help matters).

Mark Wahlberg is very good at playing a very specific kind of character. Basically, himself or a variation on himself. Someone who is cocky, rough around the edges, and a bit angry. He’s so good at playing that variation on himself he was nominated for an Oscar for it. Conversely, he’s not very good at pretty much any other type of character. Here, he’s tasked with playing an idealistic, forlorn goofball in over his head and it goes about as well as you think.

Perhaps where Shyamalan gets lost here can be best summed up in the first scene involving Wahlberg. He’s speaking to a classroom about the topical notion that bee colonies are dying off mysteriously (a.k.a. colony collapse disorder). As Wahlberg tries to goad his students into thinking critically about what might be causing it, his ultimate lesson is that perhaps science will never know because there are “forces at work beyond our understanding.” Except…we DO have some pretty solid understandings of why it happened. In retrospect, it’s wildly strange that a science teacher in a public high school would be pushing that kind of lesson (though it does fit with the subtext (often made text) of Christian ethos in many of Shyamalan’s films). Ultimately, the crux of the film, that we are at the mercy of unknown forces, guides the story down a path that provides no logical or satisfying conclusion. When the film ends matter-of-factly, it drives home just how worthless the whole journey felt.

The Happening was a critical disaster but, as many of his films have, it persisted and made money. The $30 million opening weekend take was a nice rebound from Lady in the Water and the film ultimately grossed $163 million worldwide against a $48 million budget. That was good enough to keep Shyamalan in Hollywood’s good graces, though his next film, The Last Airbender, was notable for not being marketed strongly as an M. Night Shyamalan film. The bloom was officially off the rose, and that was before that film was universally panned, swept the Golden Rasberry Awards, and came to be known as one of the worst films ever made.

But again, the film still made money, so Shyamalan returned once more, this time as a mercenary hired to co-write and direct Will Smith’s passion project After Earth. Once more the film was critically panned and audiences were unkind. It was getting to the point where it wasn’t even fun anymore to hate him anymore, it was just sad to see this once shining star sink so low.

Somehow, someway, Shyamalan got himself another chance in the last bastion of the horror/thriller filmmaker: the found footage film. It’s a gambit that doesn’t always pay off (just ask Renny Harlin) but 2015’s The Visit was a huge success for Shyamalan, raking in $98.5 million worldwide against a $5 million budget.

With that kind of profit margin, he was able to get back in Hollywood’s good graces and make Split. Of course, the fact that it was a low-key sequel to Unbreakable, setting up a Shyamalanaverse involving the two films certainly helped. Credit also due to James McAvoy who was a figurative and literal monster in that film.

With the impending film Glass reunited him with Bruce Willis and Samuel L. Jackson (as well as McAvoy), Shyamalan is back in control of his destiny. That’s no small feat considering where he was ten years ago with the release of The Happening. For a while there his career trajectory was going exactly how you expected it go, but just like in so many of his films, the third act turns everything you thought you knew on its head.

I suppose we should have known there was going to be a twist.