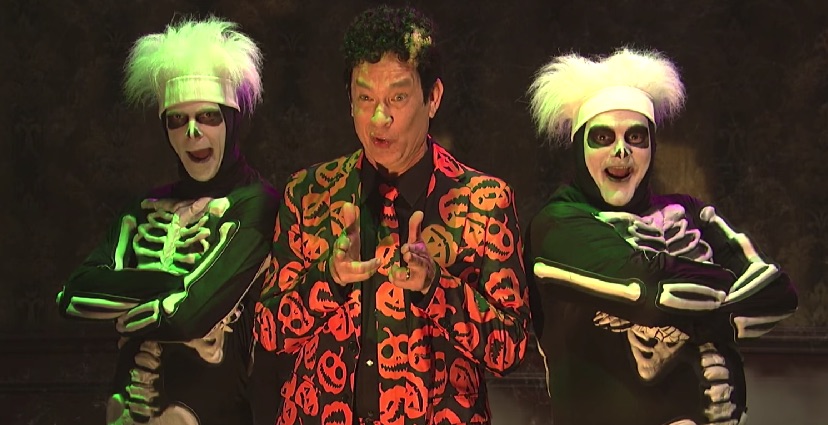 Saturday Night Live just completed its most talked about season in almost a decade, thanks to the combined star power of Alec Baldwin and Melissa McCarthy. Mocking Donald Trump and Sean Spicer may have helped increase the show’s audience, but maintaining a high level of hilarity through their multiple appearances proved to be difficult.

Part of the issue for SNL in recent years is bringing a fresh take to something that has been through the news cycle several times by the time the show airs late on Saturday. SNL wasn’t necessarily good at finding that new angle even before this season. But with a continued emphasis on political humor after the election, the SNL cast and writers seemed to slowly burn out by season’s end.

That’s partly why the list below isn’t full of Baldwin and McCarthy sketches. The novelty quickly wore off as the reality of one of the weirdest administrations in our country’s history, and the constant barrage of insane news, sank in. Do Americans want to see our leaders mocked? Of course. But when those leaders might as well get writing credits, it doesn’t feel innovative. It feels a bit lazy, and that’s a problem SNL didn’t deal with at all this season.

This list does not contain any Weekend Update segments, and (gasp!) no Alec Baldwin, but here are the 15 best sketches from season 42:

One of the sillier premises of the season, the funeral of a Jewish dentist who moonlighted as a songwriter, was a highlight from the very good Scarlett Johansson episode. As his shocked family looks on, Dan and Didi (Kenan Thompson and Johansson) introduce them to some of David’s “deep club tracks.”

It was fairly well-documented that SNL had to scrap a lot of what was written for the first post-election episode hosted by Dave Chappelle after Trump’s shocking victory. One of the sketches written in the Trump aftermath showed that not everyone was as shocked by the Trump win as it may have seemed.

13. Dyke and Fats Save Christmas

Dyke and Fats (Kate McKinnon and Aidy Bryant) have only appeared twice on SNL for less than five minutes total, but their fan base continues to grow. Just make sure to show them some respect, or you’ll feel the wrath of Officers Dykawitz and Fatzarelli.

We all know about the sexual tension between Leslie Jones and Colin Jost that builds with every appearance by Jones on Weekend Update, but did you know she is secretly dating another cast member? This is the first part of a season-long gag that eventually led to a confrontation between Jost and Leslie’s boyfriend, and one of the best jokes of the season during the good-byes of the Melissa McCarthy episode.

Have you ever wondered what your pet thinks about the current political situation? You might want to think twice about finding out if they’re anything like Max, who surprises his scientist owner (Johansson) by proclaiming his fondness for Trump through a pet translator device she helped invent.

Here is the first appearance, of three, from first-year writer Julio Torres (this skit was co-written with Jeremy Beiler). Torres’s comedic style, shy and empathetic, may not seem like a fit at SNL, but it worked so well here that Torres and Beiler wrote the best Trump sketch of the season. And they didn’t need Baldwin to do it.

This season was seriously lacking in weirdness, which makes this sketch about a man (Louis C.K.), and his love of sectional couches a breath of fresh air. The Louis C.K. episode was a bit of a drag, but it did give us the oddest sketch of the season, and Aidy Bryant another chance to steal a sketch while uttering only a couple of lines.

Appearing to be a feminist doesn’t necessarily mean that person is a feminist, which Cecily Strong finds out as a series of men (Beck Bennett, Kyle Mooney, Mikey Day, and Alex Moffat) believe she owes them something for their supposed allegiance to feminism.

Diego (Lin-Manuel Miranda) speaks mostly in Spanish as he speaks with his mom, but occasionally drops in some English to describe the wonders of North Dakota and his friend Preston (Moffat). There’s nothing gut-bustingly funny about this sketch written by Julio Torres, but it contains a sweetness that was lost throughout most of this season after Trump was elected in November.

Emma Stone was just weeks away from winning her first Oscar when she hosted, and appeared as the hot dog-loving Chrissy Knox appearing to a student (Pete Davidson) in a dream. As his other posters try to help with schoolwork, all Chrissy can focus on is her “big, gross hot dog.”

After using the same premise, one clueless white contestant, over the past few years, SNL threw a curveball by having a bald eagle t-shirt and red Trump hat wearing Doug (Hanks) appear to have similar opinions as the black contestants (Sasheer Zamata and Leslie Jones) about the state of the world.

Casey Affleck was a terrible host, but thankfully Chance the Rapper was the musical guest and helped bring us this amazing “Christmas in Hollis” parody about the impending final Christmas with Barack Obama as president. Chance and Thompson fill in for Run-DMC (Darryl “DMC” McDaniels makes a cameo), and Leslie Jones shows off her best Salt n’ Pepa impression for a verse.

Outside of the political material, no sketch created a bigger stir this season than the introduction of David S. Pumpkins (Hanks). Part of the appeal was that it doesn’t make any sense, there’s no closure, we all have so many questions about Pumpkins, but none of them get answered. Not even why the skeletons (Mikey Day and Bobby Moynihan) are along for the ride.

The final entry from Torres is semi-autobiographical. While appearing on the Late Night with Seth Meyers podcast, the writer revealed that when he was growing up in El Salvador, he would imagine a giant pot in his backyard was a well. He finally got to make that dream come true in this sketch for all the sensitive kids out there.

The political sketches may have been ridiculed during the introduction to this post, but the first appearance of McCarthy as Spicer showed what SNL can do when it does something fresh. Unlike Baldwin’s first appearance as Trump, the audience had no idea that McCarthy would be appearing as Spicer, and the crowd in Studio 8H didn’t seem to realize it until McCarthy started speaking.

It was one of those great SNL moments that the show quickly wore out by having McCarthy appear three additional times before the end of the season.

Check out all of our SNL coverage throughout the season and more in The Comeback archive.