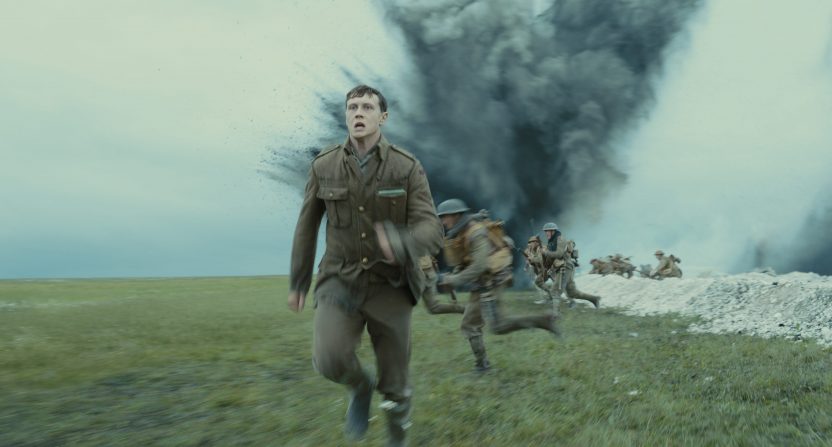 The 92nd Academy Awards is this Sunday, and there’s already plenty to complain about. Melissa Villaseñor summed it up with her “white male rage” Saturday Night Live sketch

If you’re waiting for the Oscars to get woke, you’re going to fall asleep. No female directors nominated. What about Greta Gerwig (Little Women) or Alma Har’el (Honey Boy)? Only five women have ever been nominated for Best Director with Kathryn Bigelow (The Hurt Locker (2008)) as the sole winner. Only one black acting nominee (Cynthia Erivo for Harriet). What about Lupita Nyong’o (Us) or Eddie Murphy (Dolemite Is My Name)?

But the show must go on. Here’s a look at the main categories:

Should Have Been Nominated: Us

Two Netflix features (The Irishman and Marriage Story) are competing against each other. Two films (Little Women and Marriage Story) pit power couple directors against each other: Greta Gerwig and her significant other Noah Baumbach. And the nomination of Joker (11 Oscar nominations) makes it the second straight year that a comic book movie (Black Panther) will vie for Best Picture.

If you believe that the Academy is reluctant to give its most coveted prize to Netflix, you can eliminate The Irishman and Marriage Story. Let’s talk about The Irishman and its 10 nominations. Martin Scorsese is a genius, but this is his least impressive work since Shutter Island (2010). The Irishman is low energy and bloated.

1917 is favored because it’s a technical achievement. The World War I drama is made to look like it’s filmed in a single take. You feel immersed in the battle. But while it’s incredible to look at, it also reminds you of Gravity (2013) because the story is meh.

Once Upon a Time in Hollywood could also easily win because the Academy loves movies about the entertainment industry (see previous winners: The Artist (2011) and Birdman (2014)). But let’s be honest. It’s hard to get a consensus on anything, but Parasite is the most complete picture on this list: a good story, compelling characters with interesting social commentary.

Should Have Been Nominated: Shia LaBeouf (Honey Boy)

The late Heath Ledger won Best Actor for portraying the Joker in The Dark Knight (2008). Over a decade later, another actor’s interpretation of the classic villain could lead to an Oscar. Joaquin Phoenix is arguably the best actor of his generation to never win an Academy Award. This is his fourth nomination (Best Actor in The Master (2012), Best Actor in Walk the Line (2005) and Best Supporting Actor in Gladiator (2000)). Phoenix did everything you could do to get noticed: undergo a physical transformation (He lost 52 pounds), give a captivating performance, star in a highly successful movie. However, the best Joaquin Phoenix film in which he plays a violent person with mental issues who still lives with his mother isn’t Joker. It’s You Were Never Really Here (2018).

Adam Driver could pull the upset for his performance as a man navigating through a divorce. A deserving and sentimental choice would be Jonathan Pryce, who brought vulnerability and humor to his version of Pope Francis.

Should Have Been Nominated: Lupita Nyong’o (Us)

Renée Zellweger is gunning to become the seventh actress to win an Oscar in both lead and supporting roles. She picked up her first Academy Award in Cold Mountain (2003) for Best Supporting Actress. Judy marks a comeback for Zellweger, who had appeared in a starring role just once over the past decade. Judy isn’t a great film, but Zellweger carries it by showing the highs and (mostly) lows of Judy Garland late in her career.

The rest of the field is solid, but no one stands out except for Cynthia Erivo. She’s the only African American to receive an acting nomination. Scarlett Johansson is someone to watch out for. It seems unlikely that both Driver and her will win for Marriage Story, but at least Johansson could pick up a win in the supporting category for Jojo Rabbit.

Nominees: Tom Hanks (A Beautiful Day in the Neighborhood), Anthony Hopkins (The Two Popes), Al Pacino (The Irishman), Joe Pesci (The Irishman), Brad Pitt (Once Upon a Time in Hollywood)

Should Have Been Nominated: Tracy Letts (Ford v Ferrari)

This is the deepest category. All the nominees are former Oscar recipients. Hanks won Best Actor for both Forrest Gump (1994) and Philadelphia (1993), Hopkins for Best Actor in Silence of The Lambs (1991), Pacino for Best Actor in Scent of a Woman (1992), and Pesci for Supporting Actor in Goodfellas (1990). Pitt has an Oscar as a producer for 12 Years a Slave (2013), and this is his fourth acting nomination. This might be Pitt’s best chance to win his first acting Oscar as he portrays a laid-back, aging stuntman.

The major oversight is the snub of Tracy Letts. Letts steals the movie as a bombastic and hilarious Henry Ford II. He does an exceptional job of showing us the challenges and pressures of being the son of an icon.

Should Have Been Nominated: Annette Bening (The Report)

By winning, Laura Dern can do something her father never did. Bruce Dern is a two-time Oscars nominee. This is Laura Dern’s third try and she should feel good about her chances for playing a high-priced, high-spirited divorce attorney. You could argue that the most interesting pair in Marriage Story is not Driver and Johansson, but Dern and Ray Liotta as competing lawyers.

If Dern doesn’t win, look out for Margot Robbie, who plays a victim of sexual harassment in Bombshell. Robbie shows great depth as someone who trying to climb the career ladder, but is horrified at some of the terrible things she’s forced to do. One obvious omission is Annette Bening’s work as Senator Dianne Feinstein in The Report.

Should Have Been Nominated: Joe Talbot (The Last Black Man in San Francisco).

1917 is a work of art. There are numerous breathtaking scenes in Sam Mendes’ passion project. Mendes and cinematographer Roger Deakins stitch together a series of nine-minute scenes to make it look like one long take. Possibly the most memorable is the battlefield scene when Lance Corporal Schofield (George MacKay) runs while dodging soldiers and avoiding explosions. It unfolds so beautifully that it’s mesmerizing to watch. But there’s nothing engaging about the characters. That’s why Bong Joon-ho could be waiting to swoop in.

Parasite is a movie that’s all about class conflict. Bong Joon-ho explored the gap between the rich and poor in Snowpiercer (2013). But Parasite delves deeper and takes an unexpected violent turn at the end. But if you’re looking at the best combination of visual storytelling and acting, what Joe Talbot accomplished in The Last Black Man in San Francisco is remarkable.