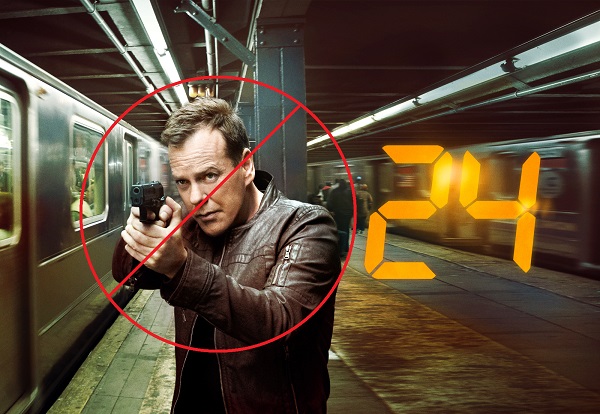 The talk of a Jack Bauer-less 24 has been flowing over the course of the last year or so, and on Wednesday, Fox officially ordered 12 episodes of the spinoff. 24: Legacy has been greenlit, and it’s not exactly bringing me much joy.

Here’s a brief plot summary of the spinoff, which stars Corey Hawkins, from Variety.

The new series will retain the original show’s format of real-time storytelling with split screens and like the original, will represent one hour of an eventful day in each episode. The series revolves around a military hero’s (Hawkins) return to the U.S. and the trouble that follows him back — compelling him to ask CTU for help in saving his life, and stopping what potentially could be one of the largest-scale terror attacks on American soil. Miranda Otto (“Homeland”) and Jimmy Smits (“Sons of Anarchy”) star alongside Hawkins.

We know there’s no Jack Bauer (though Kiefer Sutherland is an executive producer) in Legacy, but will there be *any* other tie to the previous seasons aside from CTU existing? I suppose not, since nearly every character from the series is either dead or otherwise imprisoned.

Slapping the ’24’ tag on this does two things – it ropes fans of 24 in to giving the show a shot they otherwise wouldn’t, and it also invites criticism to the show for not being enough like the 24 they grew to love. If the show was just called ‘Legacy’, would anyone even raise an eyebrow at the description, casting, and ordering of the 12 episodes? Probably not. But because it’s ’24: Legacy’, we’ll be taking about this show for better or worse.

All I ask is that the show doesn’t bring back some of the few remaining living characters just to kill them off. Remember Bill Buchanan? His return and eventual death was ridiculous. Imagine if Chloe O’Brian was brought in during like, episode five, and had a shoe bomb explode in her face at the end of episode eight. That would just piss people off and accomplish nothing but killing the 24 brand even more.