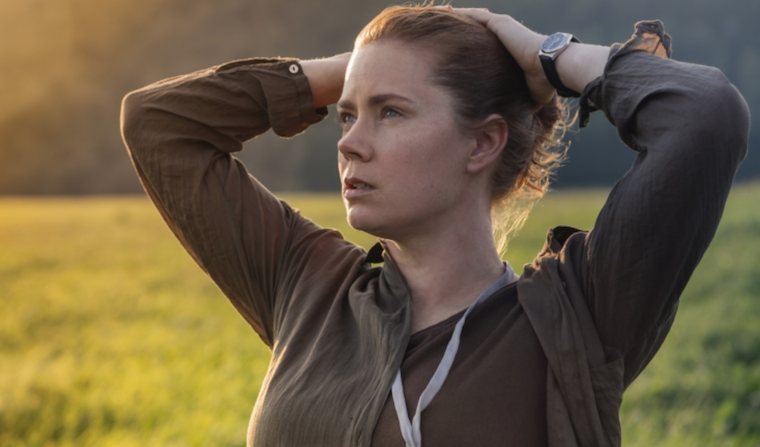 The nominations for the 2018 Academy Awards are a week away. The actual Oscars will be handed out on March 4, but we thought it would be fun to look at the best living veteran actors/actresses who have never won an Academy Award for their work.

For this particular list, we’re defining “veteran” as at least 35 years old. And a few of these choices may no longer be on this list with performances that could result in Oscar gold this year. But until then, here are the deserving actors and actress who are as yet unrewarded.

Gary Oldman’s drought probably will end this year. He’s considered by many to be the favorite to win Best Actor for his work as Winston Churchill in Darkest Hour. It seems unbelievable that Oldman has only been nominated once (Best Actor for 2011’s Tinker Tailor Soldier Spy). He’s one of the most versatile and interesting British actors we’ve ever seen. Who else can take one word and turn it into a virtuoso performance?

For many of us, Oldman first captured our attention in True Romance as Caucasian drug dealer/pimp Drexl Spivey, who utters one of the movie’s funniest lines with “White-Boy Day.” Oldman’s ability to lend a quirky and intense spin on his characters is what makes him so good, especially early in his career with films like Léon: The Professional, JFK, The Fifth Element, and Air Force One. He’s aged gracefully and his Winston Churchill just shows how criminally underappreciated he has been.

You can make an argument that Don Cheadle should be No. 1 on this list. The biggest difference between him and Oldman is that he hasn’t been in as many popular movies. But pound for pound, Cheadle doesn’t take a backseat to anyone with his acting chops.

His characters always have depth, are always different and detailed. He’s also one of those actors who can say a lot with a look and/or minimal dialogue, if necessary. One of his first memorable roles was in Devil in a Blue Dress, in which he delivered a scene-stealing performance as Mouse and managed to outshine Denzel Washington. That’s not easy.

Cheadle was also fabulous in Out of Sight – a movie with filled with strong acting from George Clooney, Albert Brooks and Jennifer Lopez (yes, Jennifer Lopez). The prison scenes with Cheadle and Albert Brooks are priceless. But the crowning achievement of Cheadle’s career is Hotel Rwanda, based on the true story of the Rwandan genocide.

If there is truly an ‘It’ factor when it comes to stars, Robert Downey Jr. has tons of ‘it.’ There have been precious few actors as charismatic as Downey. He was born with the gift of immediately mesmerizing audiences by his mere presence. You can’t stop watching him, nor should you.

Before he was Iron Man or Sherlock Holmes, it looked like substance abuse would derail Downey from reaching his potential. His 1999 quote about drug addiction, “It’s like I’ve got a shotgun in my mouth, with my finger on the trigger, and I like the taste of the gun metal,” is one of the more haunting things ever said by a celebrity.

Thankfully for his sake, Downey seems to be in a healthier place now. While he’s only been nominated twice for an Oscar, one of them is remarkable for a multitude of reasons. Downey will probably go down as the only actor to be universally applauded for wearing blackface in a movie, which he did in Tropic Thunder.

Leonardo DiCaprio finally got off the schneid two years when he won for The Revenant (2015). Among living male actors, Tom Cruise, Johnny Depp and Edward Norton have the most nominations (three) without ever winning the award. Norton might be the most gifted of that trio. He received his first Oscar nod for his role in Primal Fear (1997), nominated for Best Supporting Actor as a altar boy accused of murdering a priest. Norton was also recognized for Best Actor in American History X and Best Supporting Actor in Birdman.

As good as he was in all three, check out Norton as First Amendment attorney Alan Isaacman in The People vs. Larry Flynt.

Giamatti’s game has never been about appearances. He’s an actor’s actor, a guy who takes roles where the focus is always on his performance. He received his lone nomination for Best Supporting Actor in Cinderella Man, but you could argue that he’s done better work. He’s wonderfully nuanced in American Splendor as Harvey Pekar, author of the acclaimed independent comic book series. In Sideways, a movie examining the relationship of two best friends, his Miles is dark, funny and heartbreaking.

Some people like to make fun of Meryl Streep for being nominated 20 times, yet only winning three times. But look at Glenn Close. If this category were the NCAA Tournament, the 70-year would have received an automatic bid and been the No. 1 overall seed.

No living actress has been nominated that many times without a win. The majority of Close’s most noteworthy performances happened decades ago, but she did get a Best Actress nomination for Albert Nobbs (2012). That was a gender-bender role, portraying a woman posing as a male butler in 19th-century Ireland.

Close enjoyed quite a run in the 80s with five nominations. Her most famous role was as the bunny-boiling psychopath mistress in Fatal Attraction.

Amy Adams just exudes likeability. But as likeable and talented as she is, Adams has yet to take home the trophy. At her current rate and given her age (43), she might surpass Close and set a record for most nominations without a win. (Close shares the mark with the deceased Deborah Kerr and Thelma Ritter.)

Adams first caught our attention by playing Leonardo DiCaprio’s love interest in Catch Me If You Can. Just three years later, she picked up her first nomination as a supporting actress in the independent film Junebug. Adams got four more nominations from 2009 to 2014. Her strongest work might have been as a nun in Doubt with fellow heavyweights Philip Seymour Hoffman and Meryl Streep.

There was a lot of hubbub over the pay gap inequity between the stars of All the Money in the World. Mark Wahlberg was paid $1.5 million for reshoots while costar Michelle Williams received only $1,000. That’s obviously horrible and Wahlberg has made amends.

It’s also offensive because Michelle Williams is perhaps the most consistent good actress out there. Even if the movie is subpar, or the material mediocre, she always elevates the movie with her devotion to her craft. All the Money in the World is an OK film, but Williams is probably the best performer in it. Last year, Williams’ heartbreaking scene in Manchester by the Sea made you want to cry. She was even better in Blue Valentine, possibly the most realistic relationship movie ever made.

It feels like Annette Bening has gotten better with age. She is on the cusp of 60 and continues to get interesting, off-beat roles. Her last Oscar nomination was for The Kids Are All Right, playing a lesbian mother whose relationship is threatened. Her confrontational scene with Julianne Moore is the highlight of the movie. Her latest movie, Film Stars Don’t Die in Liverpool, in which she portrays Gloria Grahame is said to be among her best work. (I have not seen it yet.)

Jessica Chastain might get her third nomination next week for her lead role in Molly’s Game. She’s in virtually every scene, so has to do a lot of heavy lifting. (And making Aaron Sorkin’s verbose dialogue feel like a real conversation has its own challenges.)

Chastain’s previous nominations were for very different roles (Best Supporting Actress for The Help and Best Actress in Zero Dark Thirty). She has made smart career choices and is at a point in her career when she can afford to be choosy.