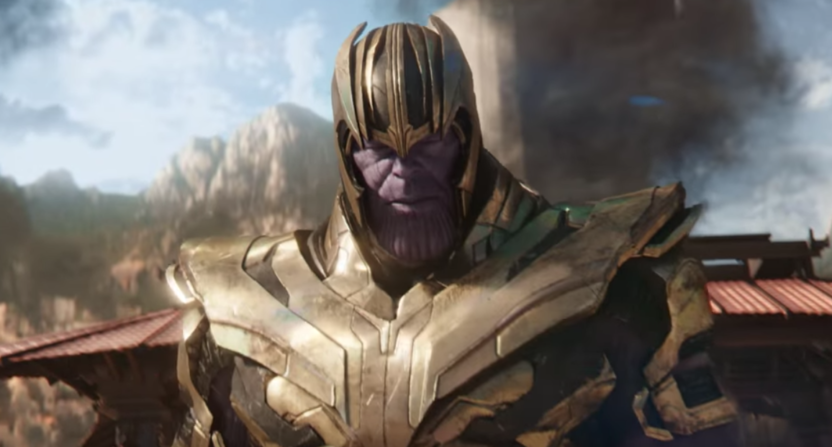 With Disney moving the release of Avengers: Infinity War up one week to April 27, we’re six weeks out from Marvel unleashing its latest blockbuster on the world. It’s the ideal time to reveal the eagerly anticipated final trailer for the movie, giving fans time to dissect, analyze and speculate upon the two minutes of new footage. And lingering afterglow from Black Panther can roll right into this as well.

Please give the new trailer a look, if you haven’t already:

Takeaways? Oh yeah, we’ve got some thoughts and observations on this new trailer.

The first rule of every superhero movie trailer

Every superhero movie trailer must begin with an aerial shot of a city. It’s the rule. It’s written down somewhere. But there is just a little bit more to this cityscape shot, as you can see in the upper left portion of the shot. 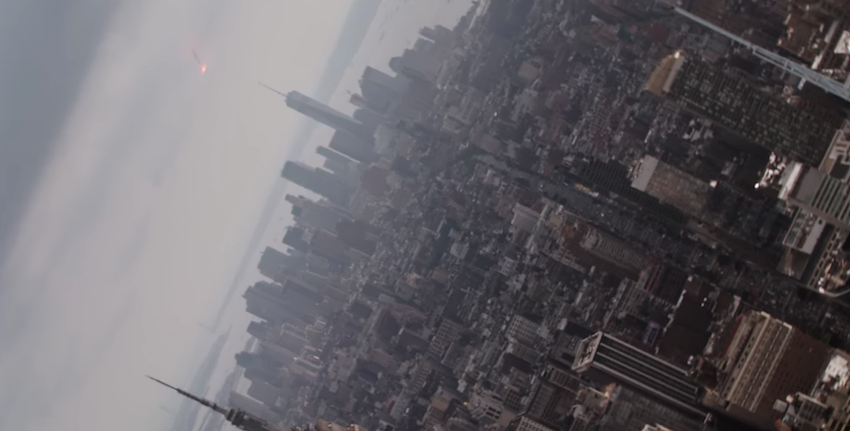 Look! Up in the sky! That’s no bird. That’s no plane. But something is headed toward New York City! Hey, Avengers — might wanna look into that.

One potential misstep that the previous Infinity War trailer made is that it didn’t introduce Thanos in the way that some viewers may have needed.

Sure, the presumption can be made that most moviegoers are already familiar with the big cosmic baddie, based on his appearances in post-credits scenes for The Avengers and Avengers: Age of Ultron, in addition to a slightly larger role in Guardians of the Galaxy. (And that’s his starship which Thor and Bruce Banner encounter in a post-credits scene for Thor: Ragnarok.)

But the menace that’s been lurking throughout most of Marvel’s 18 films to this point, especially in regards to the Infinity Stones that have been seen in one form or another several times, just kind of popped into that last trailer as the enormous threat who puts the world in jeopardy and requires all of Earth’s mightiest heroes (along with some from elsewhere in the galaxy) to band together. 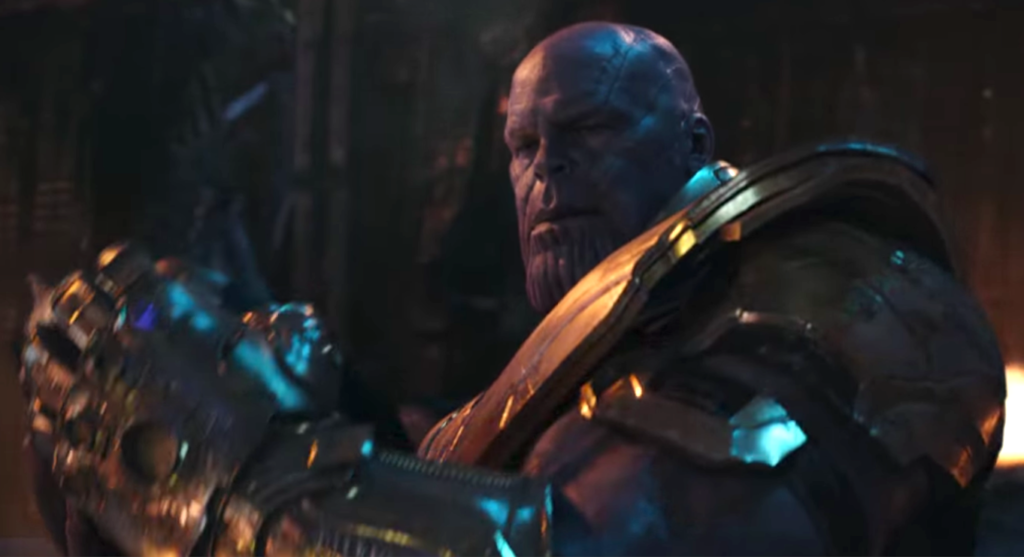 Not this time, though. Thanos isn’t introduced here with his own proclamation. His reputation precedes him here through warning from his daughter, Gamora, explaining to somebody — Tony Stark looks like he’s in a different place in the next cut — what they’re dealing with. And instead of a guy who looks like an intergalactic bruiser with a liking for powerful jewels, we see a Thanos who’s more of a warrior, an armored-up conqueror.

Nobody knows Marvel’s characters better than Marvel Studios, which is why these movies have worked so wonderfully. That includes getting the tinkerer aspect of Tony Stark so right. He’s always working on new armor, always inventing something better than the previous version. And that gives filmmakers the opportunity to constantly provide new gadgets and visuals. 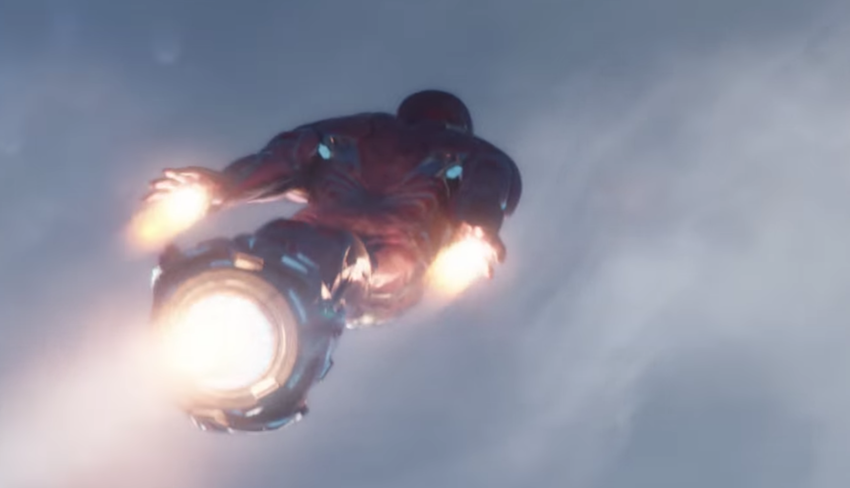 If you take a closer look, Iron Man’s armor is much thinner and sleeker this time around. As last week’s Entertainment Weekly cover feature explained, Stark’s new suit is called the “Bleeding Edge” armor and is made up of nanobots (nanites, whatever you want to call them) that can take new forms and configure into what’s needed for a particular task.

In this shot, it’s an extra rocket boost to get Iron Man to that wheel in the sky (keeps on turnin’!) which Thanos has unleashed on Earth.

Black Panther and Guardians of the Galaxy have really good plans 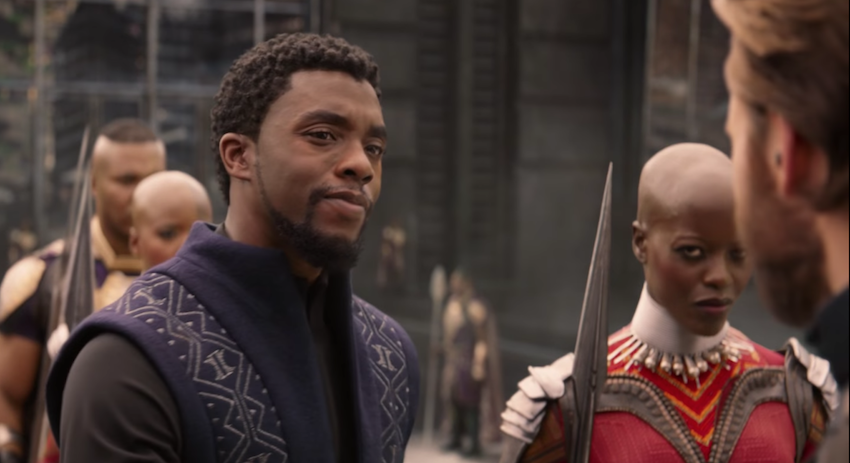 Yes, we already knew that Black Panther and Wakanda would be seen in Infinity War, still riding the crest of the blockbuster wave that’s created a billion-dollar sensation throughout the world. But it feels even more meaningful to see King T’Challa and his nation here now that we’ve all seen Black Panther and know just how fantastic these characters and their world are.

But the winner of the trailer has to be Star-Lord. Peter Quill provides a much-needed moment of comedy in telling Tony Stark that his plan sucks. Whether it’s an actual edit from the movie or one for this trailer, it’s also funny to see Spider-Man (who adds some laughs at the very end) both amused and surprised that someone would talk to his mentor that way.

What this trailer does quite cleverly is highlight the characters which might appeal to those who aren’t necessarily fans of Iron Man, Thor, Captain America, Black Widow and the rest of the Avengers (do those people exist?), but enjoy the less superhero-ish characters like the Guardians of the Galaxy and Black Panther. That might also apply to Spider-Man, who has plenty of fans outside the Marvel Cinematic Universe.

Unfortunately for our favorite heroes, it looks like Thanos and his crew will be dishing out a lot of punishment. (And the prevailing belief is that somebody isn’t making it out of this movie alive.) There is a lot of screaming in this trailer. What’s the prediction for this movie? Pain.

Thor’s head is getting squeezed. 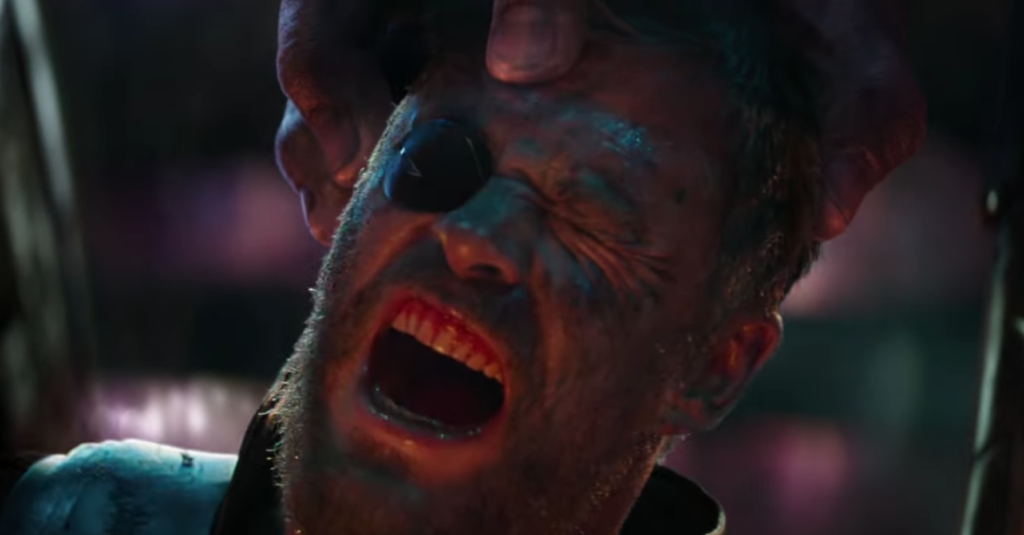 Doctor Strange (not a made-up name!) is getting stabbed with many alien needles. 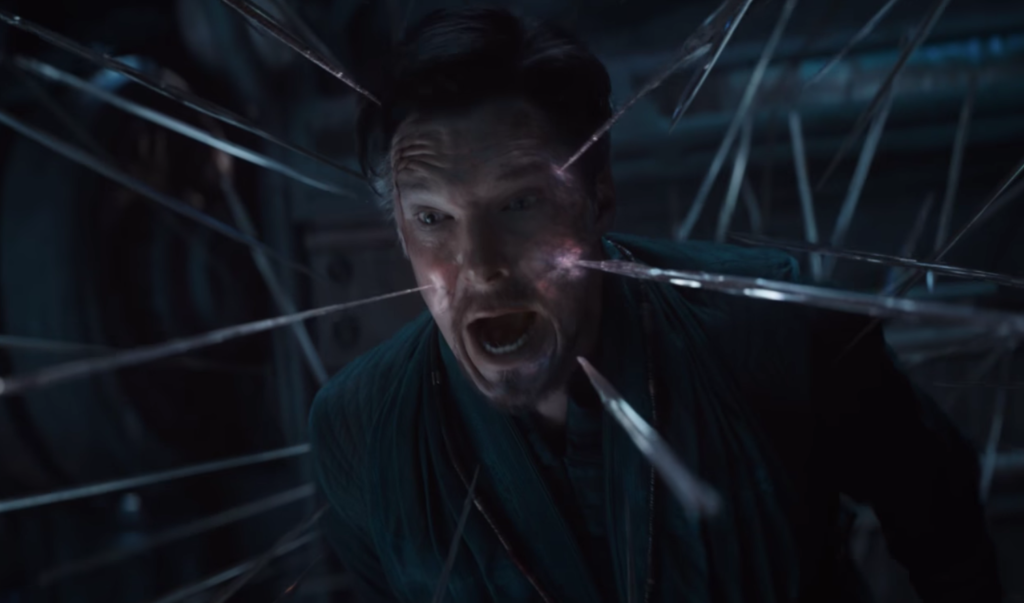 And Captain America is screaming in defiance (and probably some pain) against Thanos and his giant, Infinity Gauntlet-gloved left hand. You’re not gonna squeeze Cap’s head like you did Thor’s, Thanos! 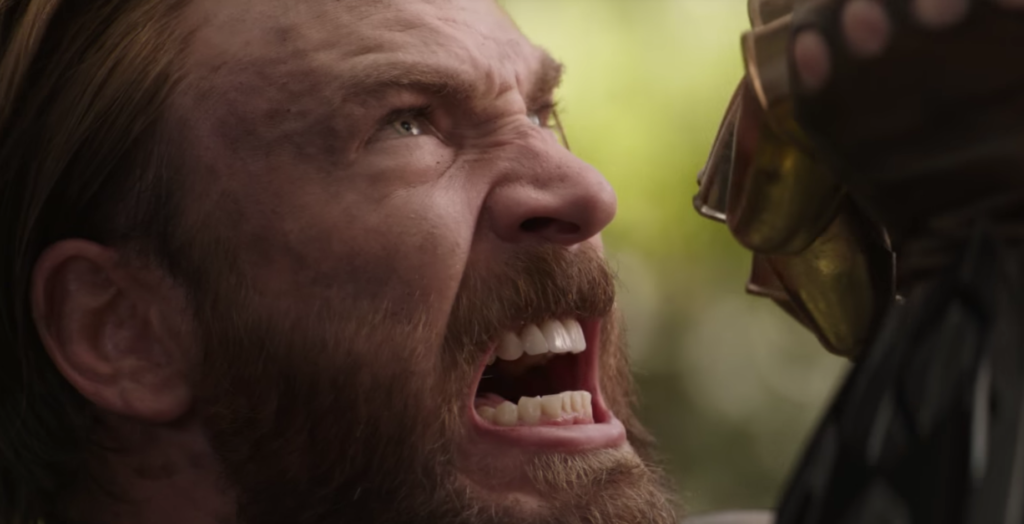 Remember, we saw Thanos lay out Iron Man with one punch in the previous Infinity War trailer. So Captain America, with no suit of armor — or his shield — standing up to Thanos in a feat of strength is mighty impressive. Maybe it’s a demonstration of worthiness, the unbreakable spirit of humanity, or something like that. It probably just means Cap is better than us, which we already knew.