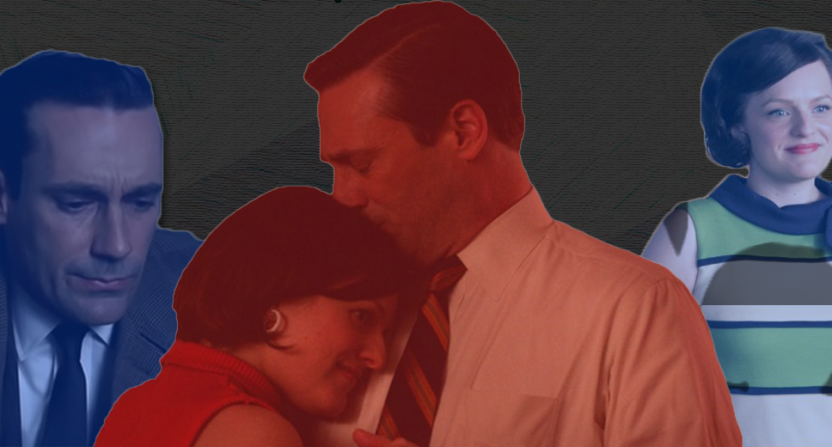 Going against the perceived themes and characteristics of males in Mad Men, I am here to tell you it’s ok for men to cry. Especially while watching one of their favorites shows ever. I am comfortable telling everyone I know Mad Men makes me cry and I get mocked for it. It’s fine, I own it. I don’t get upset. No sir.

I began watching Mad Men in January and finished it in April. I tried to watch it in high school but only got a few episodes in before I ditched it because I didn’t understand it at the time. On my second time around, with each episode, I felt like I knew these characters for a long period of time. I grew attached to them and their lives. It’s a testament to the show and everyone who worked on it.

Never have I watched a show that had me more emotionally connected to the characters like Mad Men. In return, I felt raw emotional feelings towards them. This resulted in the tears flowing during certain scenes.

Here are the five scenes from Mad Men that turned me into a Sad Man.

SPOILERS: THERE WILL BE SPOILERS IN THIS SO READ SOMETHING ELSE 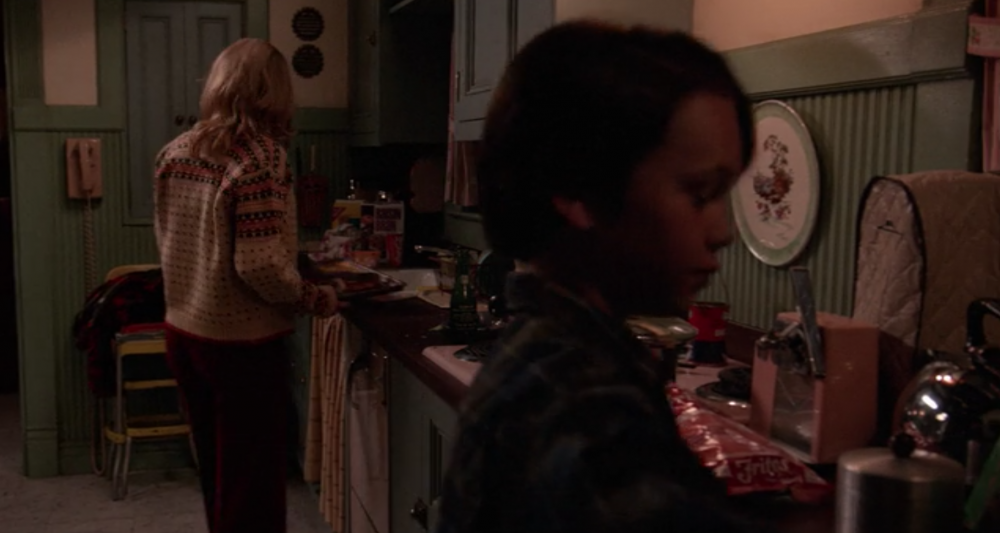 This scene is overlooked as it very short and in the middle of finale so many people forget about it, but it’s importance is profound. Over the show’s seven seasons, we have seen Sally mature from a young girl who wanted to be an adult (like fetching her parents cocktails or wanting to be involved in their house parties) to a young woman putting away her dreams to care for her siblings.

With the news that Betty only has six months to live due to lung cancer, Sally understands that her commitment is to protect her two younger brothers, Bobby and Gene.

In this scene, we see Sally surprise Gene and Bobby as she returns from schools telling them “she is home because she missed them”. But Bobby knows why she is there since he overheard Betty and Henry discussing the diagnosis. Sally and Bobby discuss their future briefly until Sally changes the subject to the smell of a ruined meal Bobby tried to prepare for himself so she assists him in making dinner.

This scene is a mixture of anguish and feeling proud. You are proud of Sally’s growth and maturity but at the same time you feel doleful as you get the sense that Sally will fall under the same life as her mother: a stay at home mother. Sally wanted to break away from the lifestyles as the suburban mother and go on her own adventure. With the failing health of her mother, she now has to put her aspirations aside and act as a mother. The last time we see Sally, she is doing the dishes like Betty did before her, as her mom sits alone staring off into space.

In my opinion, and the opinion of many, “The Suitcase” is the gold standard of Mad Men. This is the relationship of Don and Peggy at it’s best. The episode is stacked with incredible scenes, like Don and Peggy’s fight (“THAT’S WHAT THE MONEYS FOR), Don informing Peggy about a small but significant detail from his past, and Don and Duck drunkenly fighting. But the scene that steals the episode, and maybe the series, is when Don finds out about the death of Anna.

Anna is the most important person in his life. He loved her like he loved no other woman. He didn’t love her sexually or even romantically – Don loved her as a person. She knew him better than anyone, and that gave him solace in life.

Don knows she is sick and knows terrible news is coming. Every time the phone rings, he reacts as if he sees a ghost. That ghost will come later, as he sees a vision of Anna carrying a briefcase before he finally makes the phone call to learn of Anna’s fate.

As he hangs up the phone, he glimpses up and sees Peggy has been listening this whole time. At this moment, Don breaks down crying and we, the viewers, are more taken aback that this emotion has burst out of him, let alone in front of Peggy.

At this moment, Don now knows he is alone in this world. No one knows who Dick Whitman truly is. That sense of isolation and pain can be felt through the screen, a credit to the incredible acting of Jon Hamm.

This was the first time I expressed emotion watching Mad Men. The finale scene of the first season is extremely brutal and a depressing reminder of the isolated charade of Don Draper. Earlier in the episode, Don gives his infamous Carousel pitch, which centers around themes such as nostalgia and family memories.

Don is working extremely hard and has become disconnected from his family. So much so, he is missing Thanksgiving in order to perfect his work. During the presentation, he is using his own family photos to drive the point home to the people at Kodak. At this moment, he realizes he is missing out on the lives on his children. They are growing up and the memories they will have of him will be limited. Don has a change of heart as he decides to forgo his work to spend time with his family. Very brave, Don.

We see what we think is Don returning home to announce he is spending Thanksgiving with his family as his kids run into his arms. It turns out to be a daydream on the train home. In reality, Don walks into an empty house. His family is making memories without him, and this won’t be the last time. And he knows that. As Don sits on the staircase alone, all we here is a combination of silence and the haunting sound of the wind making its way through the cracks in the house. Enter Bob Dylan’s “Don’t Think Twice It’s Alright” and for the first time in the series, we feel sorry for Don.

Don and Peggy’s relationship is the backbone of the series. Over the course of the series, professionally, Peggy grows more frustrated with her place in the work environment as she is continually passed over and stayed on the same course for almost a decade. Personally, Peggy has growing fears she won’t find someone to love and a family will be nonexistent. Alone with Don after hours, Don tells her that his fears are just as hers: being alone and not achieving anything. This is the first time Peggy can relate to Don on an emotional level. She realizes Don and her aren’t so different. They have the same goals and fears

Peggy, working on Burger Chef, did things her way even though the goal might have fallen through. Even with failure, Don is proud of her. “My Way” by Frank Sinatra begins to play on the radio and Don and Peggy share a slow dance. Let the tears flow.

A tender, refreshing scene with Don and Peggy is what makes this so special. Don is no longer her boss but a caring friend. Don finally gives her the credit she so rightfully deserves and that is enough to get you choked up. We all long for those moments where someone we respect and look up to acknowledges our work.

This was the one. This is the scene that broke me down the most. Where to even begin with this scene.

This is the moment Peggy had been waiting for for over a decade. She was about to get off her carousel. This scene was seven seasons in the making and it did not disappoint one bit. Through all the hardships and roadblocks, she was able to achieve what she longed for the most. The evolution of her character gives you hope for your own life, even though you are finding inspiration in a fictional character. From secretary to one of the most influential copy writers on Madison Ave.

The hand off of Don to Peggy, a role that for so long was reversed, was the passing of the torch. Don looking up to Peggy as he gazes on beaming with approval gets the eyes all watery. When I watched this scene for the first time, I was a mess and I mean a *mess*. Never before had I connected to two characters more than I had with Don and Peggy. I probably never will again.

3 thoughts on “5 times Mad Men reduced me to tears”