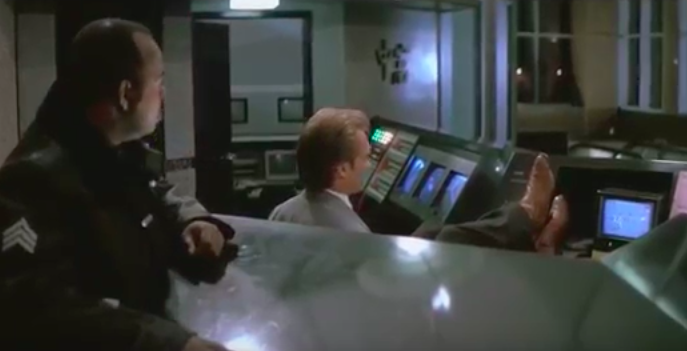 Die Hard remains one of the all-time great action films but it also requires you to do a hefty amount of disbelief suspension. Hans Gruber’s plan has enough flaws in it to make you wonder how he ever thought it could work in the first place. Cellular phones were available but no one seems to have one. Karl could’ve easily followed McClane’s bloody footprints after he cuts his feet with glass and killed him but doesn’t.

However, there’s one piece of information that has always felt like a bridge too far. When Al shows up at Nakatomi Tower for the first time, he enters the lobby and makes small talk with the henchman (who looks a lot like Huey Lewis) posing as a security guard behind the desk. The henchman is pretending to watch a football game live on his television and the play-by-play announcer is heard saying that at the end of the first quarter, Notre Dame is on top of USC, 7-0.

Notre Dame is playing USC on Christmas Eve in the late 1980s?

No, that is not happening. Hell, that wouldn’t happen now.

Clearly, the filmmakers wanted to provide a touch of realism by having two actual college football teams playing, one of which was specific to Los Angeles and therefore gave the henchman a nice detail to help maintain his cover. But if that’s the case, why choose this rivalry, which everyone knows takes place in October or November and wouldn’t ever happen during Christmas, short of both teams playing in the Cure Bowl (which did not exist then)?

There are three theories we’re working with:

1. The Filmmakers Didn’t Really Think About It All That Much

They wanted a USC game to be playing. They knew USC played Notre Dame every year. They didn’t think much past that cause they had explosions and stunts to worry about.

A personal theory (that remains 100 percent unproven) is that somewhere along the way, one of the early drafts of Die Hard had it take place during Thanksgiving. If that’s the case, then having the guard watch a Notre Dame vs. USC game makes perfect sense. In fact, the Irish and the Trojans actually played one another on Nov. 26, 1988. You could easily just make a mental note that the game was scheduled for the night before Thanksgiving (or the day of) and everything fits perfectly.

All that’s left is to acknowledge that Notre Dame and USC are playing each other in a crappy bowl game. But which one?

Also, keep in mind that it’s early evening by the time Al stops by Nakatomi. The game has just finished the first quarter, which means it’s definitely taking place in the Western part of the U.S. (that eliminates the Independence and All-American Bowls). The California Bowl happened a couple of weeks back, so that’s out too. That leaves the Aloha and the Sun. 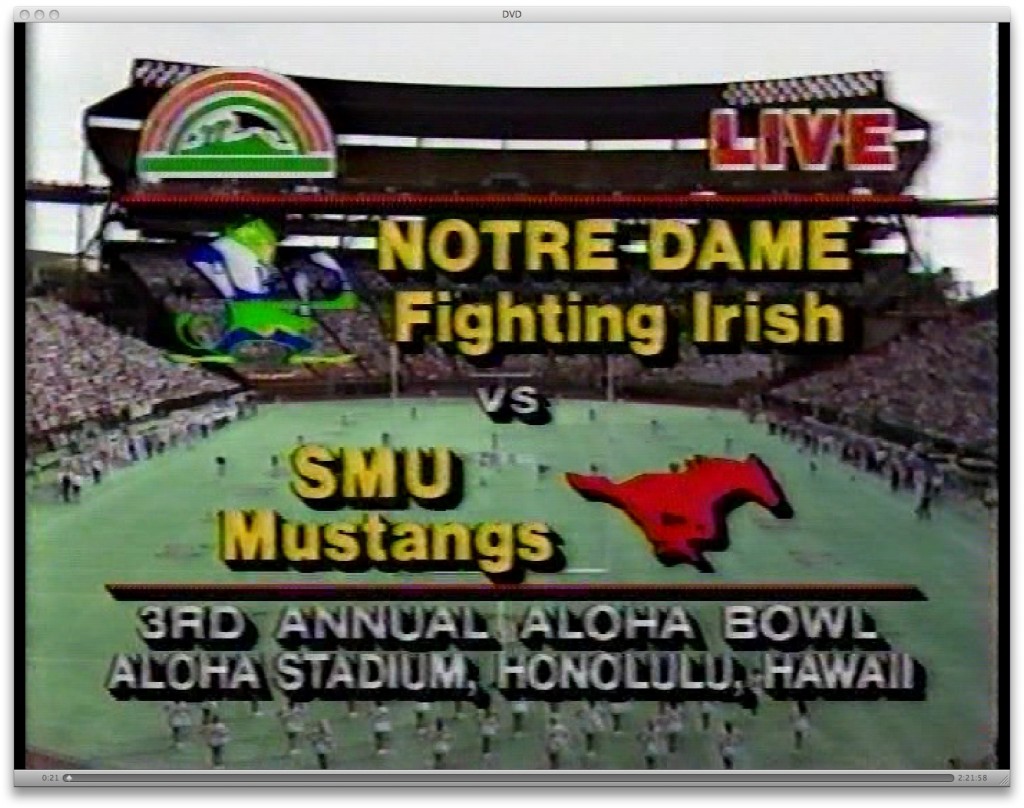 The most likely scenario has to be that Notre Dame and USC are playing in the Aloha Bowl. The Sun Bowl had a Big 8 Conference connection and though it gladly would have taken Notre Dame, it probably would have lined up someone other than USC. The Aloha Bowl, meanwhile, actually featured UCLA and Florida that year, so we know they were open to a Los Angeles-based team. Of course, they would have said yes to Notre Dame as well. In fact, Notre Dame played there in 1984 and USC played there in 1985. When you factor in the late start time on Christmas Eve, it all adds up.

Of course, all of this is almost certainly trying to make sense out of something that wasn’t all that thought-out, to begin with. Until someone does an oral history of Die Hard, we’ll never know for sure why two great college football teams who would have already played once that season were playing each other once again on Christmas Eve. Maybe they’ll bring it up in the next Die Hard sequel.