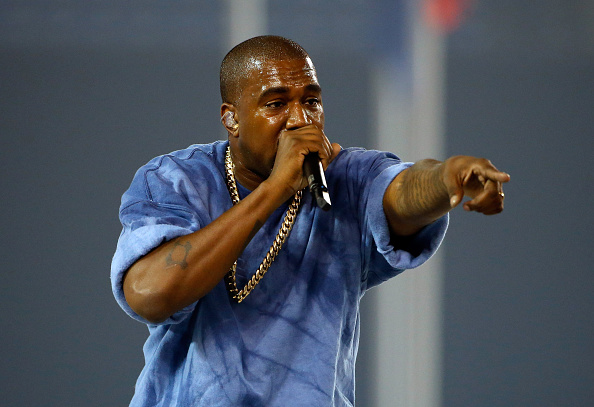 Kanye West is taking a break from the ‘Saint Pablo Tour.’

To recap: On Saturday, the self-appointed God had a bizarre public outburst in a concert in Sacramento. After showing up an hour-and-half late, Kanye randomly, yet unsurprisingly, went on a rant on music’s biggest stars. He claimed to be “hurt” after alleging Beyonce played politics at the Video Music Awards in August, saying “you wouldn’t perform unless you won Video of the Year over me and over ‘Hotline Bling.’ West called Taylor Swift (who he’s treated like garbage over the years) “great,’ in the same rant. He also pleaded for Watch The Throne collaborator Jay-z to “call me, bruh.”

A day before, in a previous rant, where Kanye hypocritically admitted to not voting in the U.S. election, but that he would have voted for Donald Trump. The grandiose provocateur called the tour “the most relevant [thing] happening,” saying listeners were “Hillary Clinton” if they followed other “old models.” Reminder, West has publicly said he’s running for president in 2020.

On top of that, on Saturday, Kanye surprisingly brought out Kid Cudi (who called out West before heading to rehab for depression) and lauded some pretty high praise his way.

“We love Drake, Drake is great, he’s a great artist…but Frank Ocean is great too!” said Kanye. “But you know who the greatest of all of us? Who y’all think? Kid motherfucking Cudi. Radio, fuck you! Oh yeah, I’m on my Trump shit tonight!”

After a couple songs, West went on the nearly illegible rant about the media before dropping the mic and walking off the stage.

Thankfully, fans who attended the public cry for help got refunds for their tickets.

Fast-forward to Sunday evening, Kanye was supposed to do a makeup show in Inglewood California, due to canceling a show earlier in November after losing his voice. Now, West has canceled that show.

Kanye is a legendary producer, perhaps the best ever. His rise from producer to critically acclaimed rapper to one of raps GOAT’s is the stuff of legends. Unfortunately, public spats, bizarre statements and lengthy rants (on and offline) have made Kanye the ultimate – “I love his music, but don’t want to talk about his personality” artist in music. If West wasn’t so good at producing amazing songs, like Jesus Walks, Runaway, and Ultra Light Beam, while mixing genres and making bold career steps filled with entirely unique sample choices and beats, we’d be over the guy already.  But, whether you love him or hate him, he’s a creative genius. As West, at his most self-aware, pointed out on Famous, “Name one genius that ain’t crazy.”

But, when’s enough? When can we stop buying into the bullshit? Hundreds of thousands of disciples of the church of Kanye have constantly fed into his ego, buying out $120 white t-shirts, laughing along at his $53 million debt, pretending like his perplexing (and borderline fucked up) uninspired fashion show album launches aren’t pretentious. His fans enable his ego so badly, they let him get away with practically everything with little repercussion. Meanwhile, he repays fans by treats by wasting their time (and money) to use his platform to call out other artists publicly. That’s not something admirable, especially when it’s constant with West. And no, “Oh, but that’s just Kanye being Kanye,” isn’t an excuse anymore.

West’s problems go far beyond the world of music. I don’t want to label him, but his mental health has seemingly never been in a great place. Suggesting otherwise is naive. Perhaps, canceling the concert after a public meltdown will provide the refresh he needs. Kanye will never stop making good music, but its time to see some good from Kanye. Take a break dude. Relax. And please God, don’t run for president in 2020.