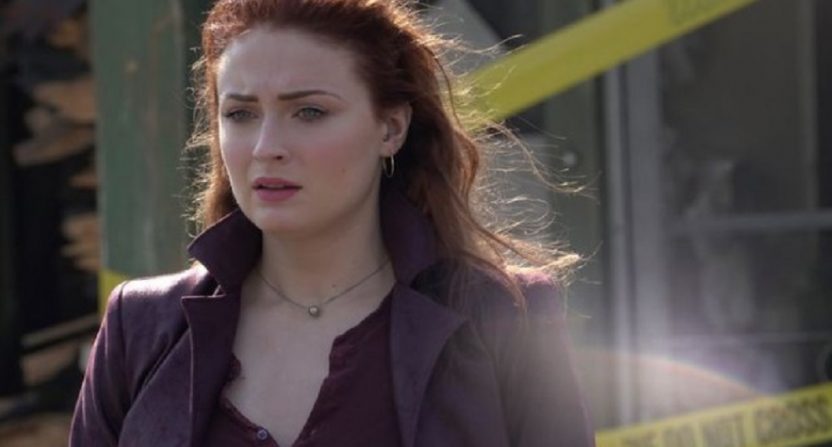 Let’s pour one out and sing Auld Lang Syne for the X-Men. The superhero franchise that you’ve grown to both love and hate faces an uncertain future. The joyless and disappointing Dark Phoenix marks the end of a two-decade era. Disney’s $71.3 billion acquisition of 20th Century Fox means that the X-Men are now officially part of the Marvel Cinematic Universe.

A fresh start is potentially good news. In theory, you could see Professor X, Storm, Cyclops, Quicksilver, Nightcrawler, as well as other mutants team up with the Avengers in the future. But after Dark Phoenix bombed at the box office, does Disney want to inherit this mess? Dark Phoenix was a critical flop (23 percent on Rotten Tomatoes) and a catastrophe with audiences with the worst opening weekend ever for an X-Men film ($33 million domestically).

Dark Phoenix could be paying for the sins of its predecessor X-Men: Apocalypse (2016), which was objectively awful. Dark Phoenix might be as bad as the previous attempt at telling the Dark Phoenix saga – X-Men: The Last Stand (2006). It’s listless with underdeveloped characters, no comic relief, an uninteresting villain, and a screenplay that needed more work. By the time the movie culminates with a battle on a train, even the most hardcore fan has stopped caring.

This movie probably marked the final installment with this cast. An MCU reboot will presumably feature new actors. Dark Phoenix could’ve been a glorious sendoff and reached an emotional crescendo. Instead, what we get is a story that felt dead on arrival. It had as much clout as a lame duck politician. Blame franchise fatigue if you want.

The audience didn’t fail the franchise. The franchise failed its audience. The hunger for the story of mutants is still there, but you need good stories. Did you not see the box office receipts on Logan (2017) or notice the Oscars nomination for Best Adapted Screenplay?

The Dark Phoenix saga is one of the most iconic tales in comic book history. It shouldn’t be that hard to convert it into a compelling movie. Heck, the 90s X-Men cartoon got it right. Why couldn’t directors Brett Ratner and Simon Kinberg with budgets of $168 million and $200 million respectively do it justice?

The X-Men deserved better. But with two straight critical failures and declining box office sales, coupled with Disney’s acquisition, this franchise is on shaky ground. How exactly will it be folded into the MCU? Will Disney be more inclined to put the X-Men on an extended hiatus? And when it returns, how do you successfully revamp it with the third cast of characters?

Fans would appreciate some clarity. However, it’s quite possible that Marvel doesn’t have those answers yet. It seems unlikely that this is the end. In the 1990s, Marvel sold the rights to the X-Men as well as other properties to Fox to avoid bankruptcy. It’s taken a long time, but the X-Men are finally back home.

Before the Avengers, before Christopher Nolan’s Batman franchise, before Spider-Man, it was the first X-Men movie – X-Men (2000) – that rescued the genre. It was revolutionary because it showed that comic book films could have depth, great acting, be captivating, and be profitable.

The budget wasn’t cartoonish (“just” $75 million), so X-Men had to rely upon storytelling and a few veteran actors — Patrick Stewart, Ian McKellen, and Halle Berry — surrounded by a cast of relative unknowns. No one knew who Hugh Jackman was.

It earned $157 million ($296.3 million worldwide) and was the eighth-highest grossing movie of 2000. It immediately turned Jackman into a household name and proved the X-Men could be a bankable franchise. X2 (2003) exceeded expectations by becoming the one of the best comic book movies of all-time, complete with homages to The Silence of the Lambs (the Magneto escape scene) and Star Trek II: The Wrath of Khan (a main character’s ultimate sacrifice ).

You can’t minimize the influence of director Bryan Singer, who was able to find the humanity in the characters beyond the usual special effects. He should’ve never turned the keys over to Brett Ratner. X-Men: The Last Stand was profitable, but a collective dud.

However, it did produce this great meme:

In 2011, the X-Men was rebooted with a younger cast for a series of prequels. X-Men: First Class showed enough promise thanks to strong performances by James McAvoy and Michael Fassbender. That led to the return of Singer as director for X-Men: Days of Future Past (2014), arguably the second-best movie of the franchise. It united the old cast with the new. It appealed to both fanbases without compromise and told a riveting time-traveling story.

But Singer lost his magic touch with X-Men: Apocalypse (2016) and was not involved in Dark Phoenix. (Possibly due to growing allegations of sexual abuse).

So, the X-Men stand at a crossroads.

It desperately needs new direction and a bold exploration of characters. There are other mutant stories out there. Quicksilver is interesting, especially since he’s Magneto’s son. He captured our attention thanks to the greatest special effects sequence in the franchise.

How about someone we haven’t seen before? Gambit is one of the most popular characters from the comic books. There have a few attempts to get Gambit into the X-Men movies, but those stalled for one reason or another. Actor Channing Tatum has tried in vain to get a Gambit movie made.

No matter the characters, we can only hope the next generation of X-Men will be as exciting and inspiring as they once were.

To borrow a line from Professor X: “Just because someone stumbles and loses their way, it doesn’t mean they’re lost forever. Sometimes, we all need a little help.”

It’s up to Marvel Studios to provide that help.