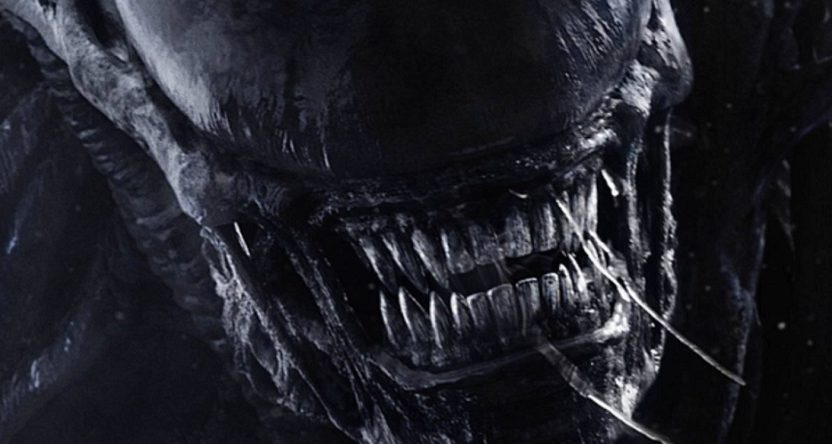 One conceptual problem with movie prequels is that they often feel the need to explain something that audiences already accepted as part of the story. Sure, it was intriguing to see how Anakin Skywalker became Darth Vader, but did George Lucas end up undercutting that character in the original Star Wars films by showing us how he became a Jedi and took the path toward the dark side of the Force?

Vader just doesn’t seem as fearsome when you know he was a whiny kid and emo teen before Obi-Wan Kenobi sliced off his limbs and Emperor Palpatine put him in a walking iron lung. Rogue One (another prequel, to be fair) successfully restored some of the badassery to the character.

Through four Alien films (along with two Alien vs. Predator movies), how strong of an urge was there to know where those fearsome xenomorphs came from or how they were created? OK, yeah — maybe there was some curiosity about the planet from which these creatures must have originated? It seems like that could have been an Alien movie right there. Maybe a Star Trek-like exploration mission, funded by the Weyland Corporation, to find the source of these organisms that the company is so interested in obtaining and studying.

With Alien: Covenant (and its predecessor, 2012’s Prometheus), director Ridley Scott isn’t necessarily interested in telling another Alien story, so much as telling the definitive Alien story. And in doing so, maybe he’s telling a part of humanity’s story as well. Scott has seemingly become obsessed with the idea of creation, at least in regards to these insect-like xenomorphs. What could have spawned such horrific creatures, with their oblong heads, inner jaws (that can lash out like a tongue) and acidic blood which can burn through metal?

Had the xenomorph simply developed and evolved from some intergalactic primordial soup, that wouldn’t have been dramatically satisfying. Nor would it have fueled two Alien prequels, along with however many Scott still has in mind, as he continues to extend the story that didn’t necessarily need to be told.

(At one point, the director said he envisioned four more films, but maybe it will just now be two, one of which will somehow fit in between Covenant and Prometheus. Which means it will be a prequel to a prequel, though Scott insists Covenant isn’t a prequel to the original 1979 Alien. But there will be at least one more film that leads directly to the first film. All of this apparently makes sense in Scott’s head. And many of us will still go see it because we love the original movie and its 1986 sequel, Aliens.)

But do we have to know everything about these xenomorphs? There was a horrifying spider on my wall a couple of weeks ago with legs as long as my fingers, surely waiting to attack me when I wasn’t looking or crawl into my mouth while I was sleeping. When I saw it, I didn’t think, “Hey, what could have created such a thing? And while I’m standing here contemplating, what created me? Have I created anything as fearsome and lasting as this spider?” No, I engulfed it in a paper towel and smashed it, killing it before it killed me. That’s all I really needed to know.

Is it not simply enough that these monsters exist, far away from Earth, and that the only thing that could bring them to our planet is a greedy corporation led by a man obsessed with his mortality and the legacy of what he’s created? (OK, that latter point is something that was introduced in Prometheus, with Guy Pearce’s Peter Weyland and his terrible old-age make-up. But the Weyland Corporation’s greed had been well-established in the series’ first two films.)

So maybe there was some point to Prometheus, after all. Many people — especially fans of the Alien series — didn’t like the prequel because it didn’t seem like an Alien movie. For one thing, where were the xenomorphs? Who the hell are these Engineers? But Scott was trying to take things back to the very beginning and left a tease at the very end for what was to come. It’s like he was saying, “Don’t worry; I’m getting there.” Scott probably does warrant some trust and patience from fans, but with Prometheus, he seemed intent on pushing that goodwill as far as it could go.

Who created us? Why do they want to destroy their creation? Is it the ultimate in hubris to dare think that we could be creators as well, think of ourselves unto gods and reach for immortality? Rather than get too existential and try to fold those elements into a sci-fi action movie, Scott finds some more intriguing motivations for his characters in Alien: Covenant. He’s still interested in creation and legacy, but this time, his vehicle for those questions is something much closer to us, with an almost child-like curiosity that becomes sinister in its disregard for one lifeform over another.

Is it possible that the most interesting characters and creations in the entire Alien series haven’t been the xenomorphs, but the androids created to be contemporaries, but perhaps a more evolved — closer to perfect — version of our species?

In the original Alien, Ash (Ian Holm) betrays his comrades and reveals the sinister intentions of the company. Synthetics find some redemption in Aliens, as Bishop (Lance Henriksen) shows Ripley that androids have compassion and aren’t simply automatons used to carry out the company’s every command. In Alien 3, we meet Bishop’s lookalike, who says he’s the android’s creator and is the face of the ruthless Weyland corporation that wants to capture the xenomorph and presumably engineer it into some kind of weapon.

Arguably the most compelling character in Prometheus was David (Michael Fassbender), the original synthetic created by Peter Weyland in an attempt to create the ideal of human perfection. Though David was presumably programmed to help the team of scientists and explorers assembled to track a signal from deep space that was supposedly our creators reaching out to us, it turned out that Weyland made his android a little bit too human. David fostered his own curiosity and impulse to create, and in doing so, created something that would carry out the Engineers’ ultimate ambition to destroy what they produced.

In this new story, the Covenant and its crew is still trying to fulfill the ambition of Weyland and his corporation. This is a colonization mission, with 2000 passengers and another 1,000 embryos sent to a distant planet deemed inhabitable to continue the human race and perhaps improve on the home we may have destroyed. (That’s never said outright in the movie, but isn’t that always the implication? Either that or our species has simply grown to the point that Earth can no longer sustain us.)

The crew of the Covenant is also made up of couples, helping to lead the building of a new colony while presumably also getting down to the business of increasing the population themselves. That creates an interesting dynamic among the crew members, though that isn’t really explored through the course of this story. The fact that some of these characters are married serves to add to the emotional stakes when they’re exterminated by the indigenous lifeform which inhabits the world they discover.

In addition to our need to create and reproduce, our dependence on technology may also contribute to the downfall of humanity in Alien: Covenant. A new android, Walter (also played by Fassbender), revives the crew from hypersleep to make repairs and possibly set a new course after a solar storm causes a malfunction aboard the vessel. Some colonists are killed as a result, along with the crew’s captain, who’s burned alive when his pod can’t open properly. Technology can’t account for everything.

Fassbender’s performance is the standout in this film, continuing what he established in Prometheus, while also playing a different version of his original character. (The work he does with his voice and accents is impressive in itself.) But the evolution of David’s creation into the xenomorph we’re familiar with takes some interesting, fleshy turns (though the digital effects are surprisingly bad in places), giving us new monsters to fear throughout the movie. (Personally, I think it also shows that Alien: Resurrection, a sequel which gets a bad rap, was on the right track.)

Alien: Covenant is the movie that Prometheus should have been. To be fair, several elements had to lay down a foundation beforehand, and Scott (along with writers Michael Green, John Logan and Dante Harper) utilizes those story points and characters far better in this film. Rather than create more questions, the ending is far more foreboding, threatening and fiendish, stoking a sense of anticipation that Prometheus failed to generate. Maybe it’s worth seeing where this whole thing goes and we can finally get to the point of it all.