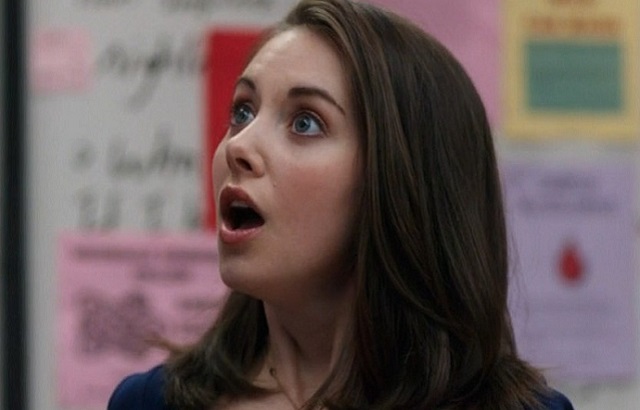 When Variety reported in May that Netflix was developing a new comedy based on GLOW (Gorgeous Ladies of Wrestling), the news was greeted with… hey, don’t click away just yet. Producer Jenji Kohan (Orange is the New Black) may have just given us all a reason to tune in to this show.

According to The Hollywood Reporter‘s Lesley Goldberg, Alison Brie has been cast as the star of GLOW. She will play Ruth, a struggling actress who decides to give women’s wrestling a try and becomes famous for far different reasons than she would have imagined. The actual GLOW syndicated TV wrestling show, featuring matches and comedy skits, ran from 1986 to 1990 out of Las Vegas.

Brie is popular with many fans for her roles on Community and BoJack Horseman, showing a great gift for comedy. (Her recurring role on Mad Men also demonstrated she can handle drama.) She’s seemingly the perfect lead for this show, providing a familiar name with the comedy chops to carry a series. A segment of the viewing audience surely won’t mind watching Brie in glitter and spandex every week grappling with other women, either.

GLOW won’t be based on any actual stories (though will surely draw inspiration from some), but the series will be a fictionalized version of the wrestling promotion. Liz Flahive (Homeland) and Carly Mensch (OITNB) are the co-creators of the series and will serve as showrunners, having previously worked together on Showtime’s Nurse Jackie.

Landing Brie is a big deal for the show, as the actress was in high demand during this past pilot season. A THR roundtable of TV casting directors this spring frequently mentioned Brie as someone who many offers went out to, but she turned all of those comedy and drama roles down. Acting on a Netflix show lasting 10 episodes might allow her a bit more freedom to take movie roles than a traditional network commitment might. Brie was last seen in How to Be Single earlier this year, and co-starred with Jason Sudeikis in the indie comedy Sleeping with Other People last year.

No word yet on when GLOW will debut on Netflix. But now that Brie has been cast and development is under way, it’s probably safe to guess that we’ll see the series on the streaming provider next year.