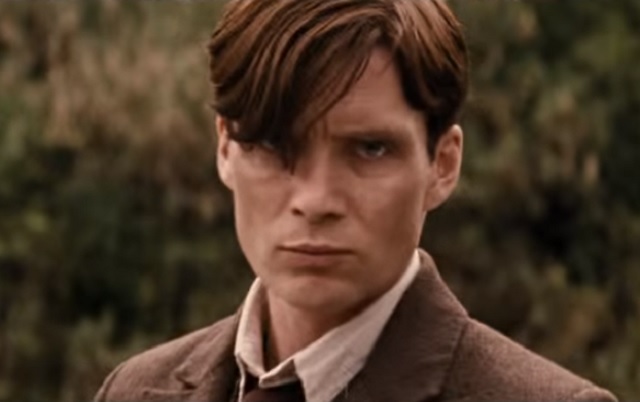 A historical spy thriller about the covert mission to assassinate high-ranking Nazi officer Reinhard Heydrich in Czechoslovakia isn’t what most typically think of as summer movie fare. Anthropoid is most certainly not a summer blockbuster film, but it’s a refreshing palate cleanser for those who have become tired of empty-calorie franchise tentpoles during what’s been an incredibly disappointing summer at the movies.

The film’s title sounds like a B-level sci-fi movie, but it was the name of the 1942 operation intended to kill Heydrich, who was considered the third-in-command under Adolf Hitler and the primary mind behind the “Final Solution,” which was the plan to exterminate all Jews in German-occupied Europe. Two British Special Operations soldiers, Josef Gabcík (Cillian Murphy) and Jan Kabis (Jamie Dornan), parachute into Prague to avoid detection by the Nazis and to execute what’s nearly an impossible mission.

Heydrich is heavily protected at all times and has the full force of the Nazi military at his disposal. Under Nazi rule, very few Czechs are willing to participate in any sort of resistance activity which could get them and their entire families massacred. Unfortunately for Josef and Jan, what little organized resistance there is consists of a handful of brave Czech citizens who dare plot against the Nazis during secret meetings held in the back of cafes and storefronts that are seemingly always on the verge of being discovered.

Nonetheless, though the two leaders of the resistance, Uncle Hajský (Toby Jones) and Ladislav Vanek (Marcin Dorocinski), think the idea of attempting to assassinate Heydrich is foolish and can’t possibly succeed, they do what they can to help the British soldiers sent to help them. Hajský sets up Josef and Jan with a family under the pretense of looking for work. Though this puts the family in danger, the matriarch very much believes in the resistance.

The first half of the film is relatively slow-moving as the two soldiers, soon joined by five other operatives who have also parachuted in, deliberately devise a strategy to find Heydrich when he is least protected during the course of his daily schedule and map out an area of the city where the five men can stake out spots to protect civilians, ward off reinforcements and catch Heydrich at his most vulnerable.

In the meantime, Josef and Jan attempt to fit in so they don’t draw too much attention from the Nazi soldiers constantly stationed on the street and fraternizing at nighttime dances. Marie (Charlotte Le Bon), a young woman who regularly comes over to help the family invites the two to a dance with a friend of hers. But Josef is wound tight and constantly on edge, and reprimands the two women for dressing up too nicely and attracting attention. Lenka (Anna Geislerová) verbally smacks back, saying dressing up and wearing lipstick on occasion are some of the only things that remind them that life can be worth living.

Jan, in particular, seems to agree and develops a relationship with Marie. The two decide to get married, much to Josef’s disdain. Don’t get attached. If the operation is successful, he may have to leave her behind as they escape from the Czech Republic. But Jan doesn’t care. As he explains to his partner, he needs to know that there is some kind of life waiting for them on the other end of this, that there is something worth living for.

Yet if there’s one grave lesson of Anthropoid, it’s that war doesn’t guarantee any happy endings. As the operation continues and the story progresses, it becomes increasingly apparent that the British military didn’t think Operation Anthropoid properly through. If Josef and Jan manage to succeed and assassinate Heydrich, there’s no strategy for getting them out of Prague. The two are essentially on their own, as the British can’t be associated with the mission. And if any Czechs are seen helping them, they and their families will be tortured and killed.

Whether or not Gabcík and Kabis ultimately succeed in their mission is something that can be easily learned since it’s a true story and key part of World War II history. If not knowing makes Anthropoid a more suspenseful film for you, then no spoilers will be given here.

But that knowledge, nor the soldiers’ historical status as national heroes, won’t take away from an extremely compelling drama and an ultimately very sad story resulting from seven men battling an entire Nazi battalion during a six-hour standoff in a church. That sequence might be one of the best set pieces (calling it an “action scene” doesn’t seem quite right, given the real-life stakes) you see in a movie this year.

Writer-director Sean Ellis (Cashback) spent 15 years developing this project and the attention to detail, along with the intense pressure to get this true story right, shows in the finished film. Anthropoid is a largely untold story, one that may not be that well known beyond Czech history except to those with a deep interest and knowledge of World War II. But it’s a spy thriller and a war movie, one that provides a hell of a lot more substance and dramatic punch than the popcorn which populates most theaters at this time of year.

We’re getting close to the time of year when the more substantive, serious films that aim to earn awards consideration will begin being released. Many of them will likely turn out to be better than Anthropoid. But this movie feels like it sets the bar, and if what we see during the next four months (five, if you count January, when many Academy Award contenders go into wide release) meets that standard, there will be some amazing cinema to enjoy.