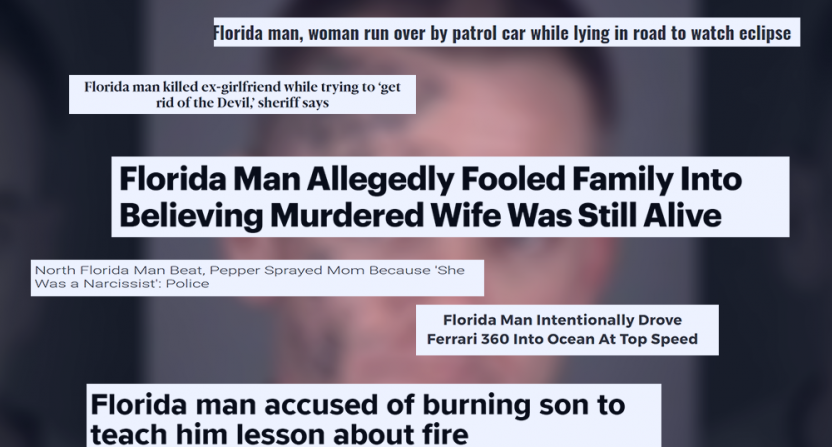 A few days ago, a tumblr user named “gandalfsoda” suggested a fun activity: Google “Florida Man” and then your birthday, and see what bizarre story from the state of Florida pops up. It seemed like everyone online tried it and posted what they found. If you have read any “Florida Man” stories, they usually consisting of some of the oddest local news stories you can imagine. Stories like someone buying beer while holding a gator and someone blowing himself up after trying to microwave a microwave are just too crazy to make up.

Social media moves so quickly that once something trends, it stops trending just as fast as it did in the first place. That’s what happened here, but in a more “centipede” kind of way where it got too big and ate itself. Because this has gone viral, many news outlets have talked about the “Florida Man Challenge.” Prior to the previous day or so, you could type in “Florida Man January 1” and get in on the fun. Try and do that today, this is what you see… 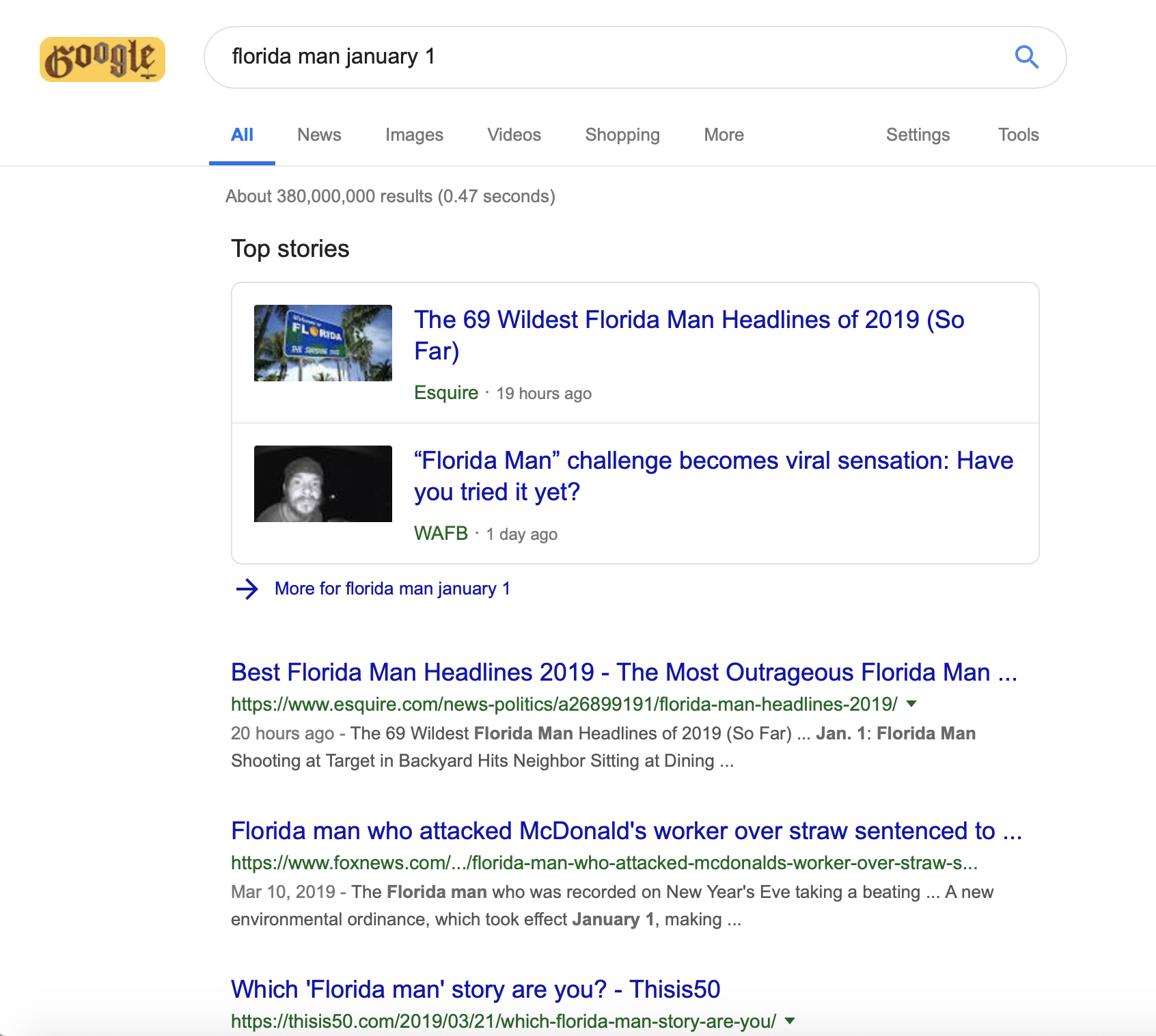 It’s much harder to play along when the top entries are going meta with it and are about the challenge itself. All you need to do is type “Florida Man,” and instead of actual local news stories of some colorful Floridians doing either stupid or illegal things, it’s articles from USA Today, CNN, or other news outlets talking about the viral sensation of the Florida Man Challenge. We’re participating in that as well by going meta on top of meta and pointing out those ruining the game while we’re doing the same thing ourselves. But as they say, the train has already left the station.