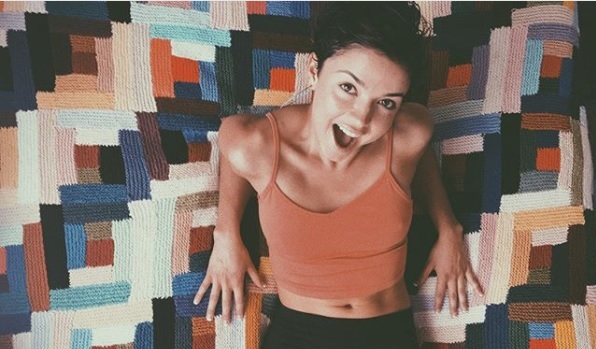 The Bachelor has morphed into one of the most popular reality TV shows currently on the air. At the same time, the premise and concept is absolutely ridiculous. Multiple women apply to date a man who they all claim to fall in love with, only for the winner to rarely end up marrying the bachelor.

This season on The Bachelor is an interesting one. Former race car driver Arie Luyendyk Jr. is this season’s bachelor and despite the show continually playing up his race car driving history, he never really won anything. The women competing for Arie’s attention are mostly in their late 20s, except for one in particular: Bekah.

The nanny from Fresno, California wasn’t given an age at the beginning of the season, eventually being revealed as just 22-years old midway through the season. Up until recently, she was also listed as a ‘missing person’ in her home state of California.

Yes, despite being seen on national TV every week and being very active on both Twitter and Instagram, Rebekah Helena Martinez was listed as a missing person in California up until this week.

The North Coast Journal reported the story after initially posting a list of 35 people who at the time were listed as missing in Humboldt County, which is in Northern California.

Quickly, someone commented that one of the missing wasn’t really missing at all.

If anything, she was hiding in plain sight on ABC every Monday night.

After someone commented on the Facebook post to notify The North Coast Journal of Martinez’s reality TV stardom and her location, they contacted the Humboldt County Sheriff’s Office. One thing led to another and eventually a deputy at the office contacted Bekah and confirmed she is the same missing person.

To make things even more headache inducing and hilarious, the person who reported Bekah as missing was her mother.

“Martinez had reportedly come to Humboldt County to work on a marijuana farm. Her mother hadn’t heard from her since Nov. 12, 2017,” Public Information Officer Samantha Karges wrote.

On September 17th, around the time The Bachelor began filming, Bekah posted the following on Instagram.

HI ALL i'm giving up my phone and social media for the next several weeks, so if you need to contact me, welll… tough luck!

As a contestant on the reality TV show who most likely had to sign some sort of secrecy contract, Bekah had to ‘give up social media’ for a bit. One would also assume her mother would know this? Anyway, her mom reported her missing on November 18th, four days before Bekah’s next Instagram post.

Despite her repeated postings on Instagram and Twitter and appearing weekly on national television, she remained on the missing persons report for months until this past week.

MOM. how many times do I have to tell you I don’t get cell service on The Bachelor?? https://t.co/iYnxQCIZBt