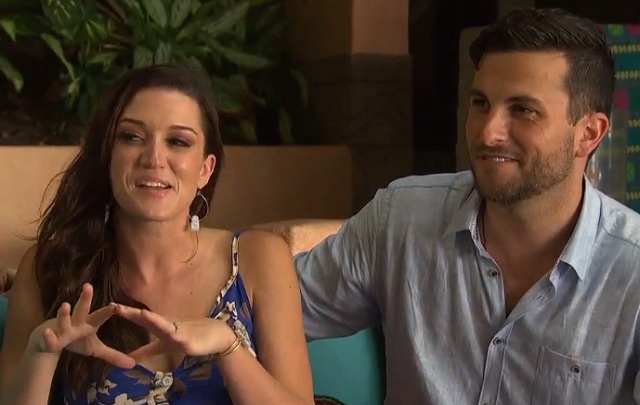 Four weeks have now passed on Bachelor in Paradise, which means it’s time for those lucky few who have coupled up to start deciding whether they’re in it to win it. Or something like that.

Personally, I think this whole thing is a sham. I don’t really see how you can decide whether or not you want to spend the rest of your life with someone after just a month, but hey, what do I know? And look, there’s Tanner and Jade, real-life proof that you can find love in Bachelor in Paradise.

For those in need of a refresher, Tanner and Jade were on the show last season. They got engaged at the end and married in the fall. It was televised on ABC, because of course it was. In the eyes of the Bachelor, this qualifies them to become couples therapists. The expert couple was brought back to Paradise this week so that they could meet with every pair and give a date card to the one they felt was most deserving.

I’d make fun of Tanner and Jade more, but I actually feel bad for them. These two had to spend a few hours listening to a dozen people open up about their relationships. That sounds like hell.

Jared and Caila ended up earning Tanner and Jade’s date card. But before we get to those still in Paradise, let’s touch on those who said goodbye.

Vinny: Poor Vinny. No sarcasm there, either. Dude got screwed, and not in the good way. He spends the entire four weeks coupled up with Izzy, only to see it go down in flames because Izzy was physically attracted to another man. (We’ll touch on this more later on.)

Just look how sad he is.

Vinny’s one saving grace: he’ll always have his momma.

Sarah: Another contestant I genuinely feel bad for. Sarah did everything she was supposed to do. She gave Daniel her rose last week, tried taking their relationship to the next level this week, and even made him a “half birthday cake.”

Papa Bear takes the cake. It is his half-birthday after all.

Sarah and Daniel actually made a cute couple, too. Unfortunately for her, Daniel is an imbecile. An incredibly entertaining one, but an imbecile nonetheless.

What a bounce back from our favorite ED doc. Evan is still, well, a bit strange. He still has the masculinity of a Rockette. But this is the 21st century; masculinity no longer means what it used to. 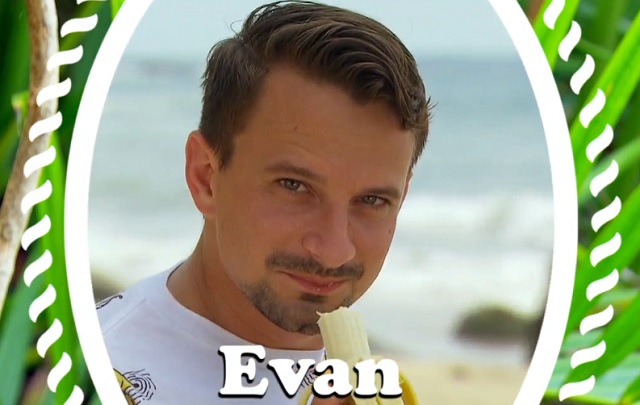 Evan spent the first three weeks of the show getting dumped and rejected by Carly, then rejected by Amanda, then threatened by Josh, then there was a trip to the ER. Yet somewhere along the way he was able to woo Carly, and now the two seemed poised to make it.

Remember the Seinfeld episode where George explains how his dating philosophy is to be like a bad jingle, how after one date women hate him, but after three dates they can’t stop thinking about him?

Maybe getting spurned by Amanda was actually a good thing for Nick. He and Jennifer seem to be going strong and they’ve already played all the Bachelor‘s greatest hits: They’ve made out on a beach and had a conversation about the “wall” Jenn feels Nick is putting up. Of course…

…what Nick and Jennifer talk about, I have no idea. Does Jennifer even talk? Was she even on these episodes?

This was an interesting week for Grant. He surprised Lace with a special massage date (quick rant: do the ladies realize these dudes don’t pay for these dates? Why does Grant get so much credit for booking a free massage 30 feet away from their room?) and then afterwards told her that he loved her. In a hot tub, of course, because Bachelor law requires you to be sitting in a hot tub when you first say “I love you.”

Lace didn’t say “I love you” back. When pressed on this by Tanner and Jade during their faux couples therapy session, she went all Lace and got spooked. Now she’s wondering whether she and Grant have issues because, well, I’m not really sure why. Because Tanner and Jade thought so? Because she doesn’t love Grant? Because she’s a nut? I’m sure we’ll find out more next week. But it does seem like Lace and Grant are on thin ice.

Played her hand perfectly. Gave Daniel a smooch the night of the Rose Ceremony so that she could stay in Paradise then ditched his ass the next day. Well done.

Yeah, I’d say things are going well for other half of America’s favorite blonde twins:

For the first time all season, Josh Murray’s tongue didn’t make an appearance. For this, we are all thankful.

My one question: Tanner suggested to Jade that perhaps Josh doesn’t have the best intentions when it comes to Amanda? So, um, what does that mean? Like, what would Josh’s goal or end game be then? He might be a creep, but I don’t see how he benefits playing Amanda, a mother of two. Unless Tanner means Josh is just in this for physical reasons, which also doesn’t make sense because then he’d be moving on to another lady by now. Anyway, just a random thought.

“She’s a great mom,” Josh said when talking about Amanda to Tanner and Jade. Then he added the following with his eyes: “Sometimes, when we’re in the middle of humping on national TV, she mentions to me that she should probably call her kids the next day just to see how they’re doing and sometimes she even follows through.”

Not only has she fallen for Evan, but she’s finally found a man who’s as into narrating Paradise episodes as she is.

At first, I felt bad for Jared. He’s essentially got a stalker in Ashley I., and she’s making his life a living hell.

Lucky for him, the producers of this slop love nothing more than poking at the most vulnerable contestants. That meant date time for Jared and Caila! And yeah, I’d say it went well.

I go on #BachelorInParadise and make out with the love of my life… in my Calvins. pic.twitter.com/lVgAu2lxoF

Of course, Jared then let Ashley I. get into his head the next day when she told him that Caila wasn’t so into him. Why he still talks to Ashley I., I’m not sure. But at this point, I’m actually rooting for Cailia to dump him.

First off, I didn’t know they still made Carls. But props to this Macklemore doppelganger for moving in quickly and bringing his A game to his date with Emily on the booze cruise.

Is it Carl? Karl? Anyhow, off he goes on a date with @efergie13. #BachelorInParadise pic.twitter.com/xUHmCDKF6h

Now all he needs is for everyone to stop forgetting his date. Including Emily, who forget his name while talking to the cameras MID-DATE!

“I’m going to be the normal guy here,” Ryan said. “The one with bad jokes who can’t dance and with no game.” His beard also has specks of grey.

Asked Caila out. How’d that go for him?

Wasn't sure if she should go on date. 100% passing on whatever this is@BachParadise #BachelorInParadise pic.twitter.com/VoAcZqS8b8

Maybe next time when a girl spends an hour wavering on the date, you should just find someone else.

Went with Haley over Sarah for physical reasons, then got dumped by Haley a day later. So he got what he deserved. What I’m more interested in, though, is Daniel’s love for animals. This week alone, he compared people to bears, wolfs, pigeons, eagles, puppies and I’m probably missing some, too.

God, I’m going to miss him when he gets sent home.

Poor Caila. Turns out trying to find your future husband on national TV can screw up a girl.

In real life, if you go on two dates with someone and “still have questions,” well, we call that “being a normal human being.” But in the Bachelor universe, things are different. You get an hour. After that, you either know or you don’t — or at least that’s how these idiots seems to view things. That’s how you get Caila changing her mind 15 times about whether or not to go on a date with Brett.

"Yes. I mean no. But maybe. I don't know. No. Just kidding, yes…" –@CailaQuinn #BachelorInParadise pic.twitter.com/b6TguVumUu

I’ve been married for a year now. Been with my wife for about three. You know how I pulled this off?

By not thinking that being attracted to other women meant it was time to end it with my wife. Sounds simple, right?

.@VINNYVINSANE can't compete w/ jeans & sandals when it comes to @IzzyGoodkind's ❤️. Is this the end of #Vizzy? #BIP pic.twitter.com/8JdCwu1PKH

These people are really the worst.

I don’t even want to touch on Ashley I. Her presence, and constant bawling, is giving me a headache and ruining the show. And even worse: she was sent home! You can’t just return after not getting a rose and, because you ask really nice, be allowed to stay.

And just like that, @ashleyiaco gets to stay in paradise… ??? Is this against the rules? #BachelorInParadise pic.twitter.com/mACVn73xr1

Chris Harrison — where are you, bro? Rules are rules.

LINES OF THE WEEK

“If I could describe yesterday in one word, it would be ‘crazy, ‘weird’ and ‘insane.'”— Carly

So about those counting skills…

“Most importantly, there’s a great potential for love here. That’s why you’re all here.” — Chris Harrison