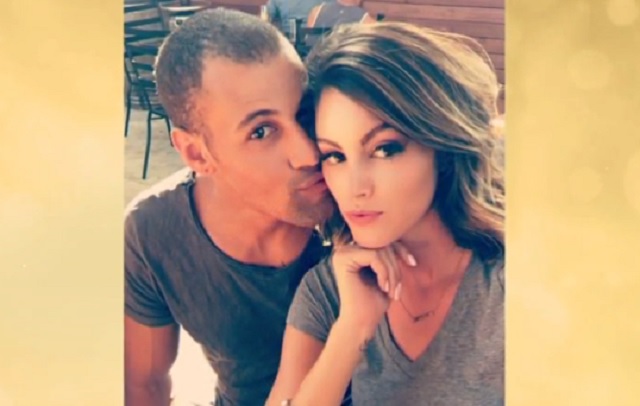 “Time has run out,” Chris Harrison said during the intro to the season three finale of Bachelor in Paradise. “There are just certain things you talk about before you get engaged,” Grant said to the cameras, “and Lace and I haven’t and now it feels like I’m out of time.”

This was the common theme of Wednesday night’s Bachelor in Paradise finale, the idea that relationships had hit this do-or-die period. Here’s my question, though: Do these people realize that you are allowed to date someone in Paradise and then, you know, actually continue dating them after the show? Crazy notion, I know.

It’s like these contestants are under the impression that if you meet someone at Paradise and don’t get engaged before you leave — meaning just weeks after meeting them — the relationship must automatically end. Maybe someone should break the news to them that dating is allowed, and actually something that us plebeians do quite frequently.

If you want to get engaged so that you get that expensive-ass ring the Bachelor provides, that’s one thing. But just once, it would be nice to hear one of these idiots point out that popping the question after three weeks of dating is insane.

Now on to our final Power Rankings of the season.

Now THAT’s how you play the game. Wells showed up late, went on dates with three different women, probably hooked up with each of them, boosted his public profile — an important factor given that he’s a radio DJ — then bounced before things with any of the women got serious. So, to summarize: Wells was given a free vacation. There, he got to chill with a dozen gorgeous girls. He’ll likely get a better job out of all this too, and I’m sure he won’t have any issues meeting ladies in the future.

Normal people don’t use reality TV as a means to find love; they look at it as a way to get rich and famous. That Wells seemed to be the only one in Paradise aware of this is why he finishes the season No. 1.

Remember how Vinny got dumped by Izzy because she was physically attracted to another dude? You know, something that married people feel every day? Shockingly, Izzy’s relationship with Brett didn’t work out. Moments after being dumped herself, Izzy had a “come to Jesus” moment and realized that she had made a mistake and did indeed miss Vinny. She called him in the car home. Here’s what Vinny had to say:

“You went for some guy with a lamp. I can’t be with someone like that. Bye.”

Things worked out perfectly for Nick. He stayed on Paradise for the entire season, then cut the cord on his relationship with Jenn so that he could become the next Bachelor, where he’ll have his choice of 20+ ladies. I’m also willing to bet that Nick was all prepared to propose to Jenn, only that’s exactly when the show’s producers invited him to be the next Bachelor. Do I have any proof? Nah. But Nick is 35 and this was his third time appearing on a Bachelor show. He was not going to leave that place alone unless he KNEW there was something better awaiting him.

OK, so I actually like this couple a lot, and feel happy for them. I would have advised against getting matching tattoos, especially on the wrist. At least put that stuff on a leg or a thigh or someplace where, if things go badly, you don’t have to stare at it every day.

Then again, what do I know? And look how happy #Grace look. Especially Lace, who certainly has some intimacy issues and seems to have actually found a man who gets her, loves her and wants to be with her.

Slipping away into a state of #Grace!

Good for you guys. I will now resume making fun of people.

Yeah, yeah, yeah — Evan and Carly are weird and sometimes cute and oh, did I mention weird?

And did I mention weird?

I did? OK. One issue I have with these two, though: Evan has three kids and yet, prior to his proposal, we hadn’t heard him mention them once. We poke fun at Amanda looking to find a father for his kids on reality TV — really, we should be saying the same thing about Evan.

Poor Jenn. She had this wonderful date with Nick…

…only to be rejected by the future Bachelor at the last moment. Making matters worse: she’s come off looking like a wet blanket, though I suspect that has more to do with the show’s editing then her actual personality. Then again, I’m not sure there’s much personality there. Case in point: the Bachelor in Paradise opening credits. Every contestant does something weird. Carly pours water down her chest. Lace pretends to be a drunk. Nick gets hit in the head by a soccer ball kicked by Josh. Jenn… well, Jenn just stands there, smiling. That’s it. No antics, no goofing around, nothing.

Maybe her blandness wasn’t all editing.

The late-comers to Paradise, and unfortunately for them, the majority of contestants at Paradise were already coupled up. I’m not even sure who Tiara is. Jamie, Shushana and Lauren H at least got dates out of their stays. Either way, I don’t really care about any of these people so let’s move on.

Decided to go home instead of handing out his final rose. Why, I’m not really sure. Because he hadn’t yet found love, he said. Either he’s another person who doesn’t realize that dating AFTER Paradise is allowed, or he thought this was the best way to cut off contact with all the ladies at Paradise without coming off like a jerk. I’m guessing it was the latter.

Was all prepared to “fall in love” with Wells after getting a rose from him — until he decided to go home the next day, so that he wouldn’t have to worry about taking a virgin to the Fantasy Suite. Like I said up top, Wells is no dummy.

As for what Wells missed out on…

Virgin no more? #BachelorInParadise is all-new TONIGHT at 8|7c on ABC! pic.twitter.com/IlXXFTbsm9

Hey, maybe that’s the sort of thing Jared is into, meaning all this could end up working out for Ashley I. after all.

Have you heard the phrase “What goes around comes around?” If not, I present Exhibit A:

Izzy got dumped by Brett (“I should go,” she said to him. “OK,” he responded immediately.), then rejected by Vinny moments later. She was also forced to drag her suitcase through the sand.

Just a tough night all around.

If you ever wanted to know what it would sound like if a cliché robot proposed, well, here you go:

At this point, there’s nothing else to even add about these two. Well, almost nothing.

“Josh hasn’t met my daughters yet, but that’s something I’m not even worried about,” Amanda said to the cameras.

Yeah, I’m sure this will work out great!

Lines of the Week

“If you take her virginity, you’ll be a national treasure.”

“Why did we get matching tattoos if he was going to wake up the next day and question everything?”

“Would you sit on his fucking face?”

See y’all in 2017 for the next season of The Bachelor!