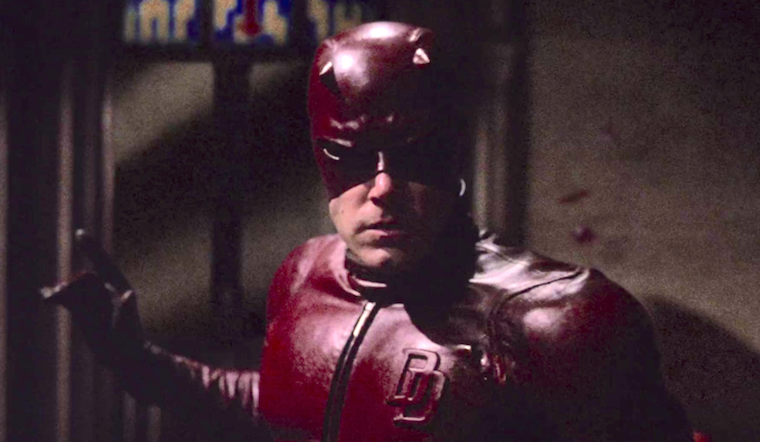 Releasing a movie in February once meant that a studio didn’t have high hopes for its box office prospects. But the release calendar has changed, especially as superhero movies have flooded cinemas during the past 20 years.

Presidents Day weekend has become a big date for such blockbusters, rather than romantic comedies (or whatever you’d like to call the Fifty Shades franchise) often timed to coincide with Valentine’s Day. This week, Marvel is releasing Black Panther and is expected to make more than $150 million at the box office. If so, it will surpass the opening weekend for Deadpool, which hit theaters on the same weekend two years ago.

But the movie which laid down the path for superheroes to dominate in February was Daredevil, released 15 years ago. Ben Affleck’s first superhero showcase didn’t set a record in 2003, but its $45 million opening weekend finished second among February releases at the time to 2001’s Hannibal.

The first on-screen version of Daredevil isn’t viewed favorably now, especially in light of the character being rebooted for a Netflix series in 2015. Back in 2003, superheroes were still taking steps toward pop culture acceptance, though the first X-Men and Spider-Man films showed that such movies could do well if the characters and comic book tropes were presented seriously for audiences.

For Affleck, dressing up as a costumed superhero was the beginning of a tough run for his acting career, followed later that year by Gigli and Paycheck, and the next year with Jersey Girl and Surviving Christmas. He arguably didn’t recover until reinventing himself as a director with 2007’s Gone Baby Gone. (I would argue that his redemption began in a supporting role as Superman actor George Reeves in 2006’s Hollywoodland.)

Obviously, Affleck got over putting on a costume (or played the dark avenger he always wanted to portray instead) when he suited up as Batman. And pop culture has wholeheartedly embraced superhero movies. That’s not necessarily the future that would have been projected 15 years ago. While Daredevil did many things wrong, it also had some good decisions. We’ll try to look at both sides here.

Hey, this guy is blind

What’s immediately striking in watching Daredevil is that it tried to break a formula that had already become established for superhero films. This wasn’t an origin story. When we first see the hero, he’s not thwarting a crime as an introduction to the audience. He’s beaten and wounded, falling into a church (a setting that would immediately appeal to fans who knew how Matt Murdock’s Catholic upbringing was important to him).

But above all, the Daredevil movie should get credit for depicting how a blind superhero would navigate the world and how his enhanced senses play into that. When Murdock loses his sight as a child and his senses — especially his hearing — are amplified (since it’s Marvel, with a little help of radioactivity), the entire world has changed. Every sound is an assault.

One thing the Netflix series has never really shown is how Daredevil’s “radar sense” works, with sound bouncing off objects to give him an image of his surroundings. The movie does this really well, notably during a scene in which Daredevil bangs his billy club against a rail to “see” where a criminal is hiding.

Also, wouldn’t it make sense that a guy whose sense of hearing is amplified has to sleep in a sensory deprivation tank to tune out all of the noise from the outside world? Director Mark Steven Johnson also showed the toll that fighting bad guys every night takes on Daredevil’s body. His medicine cabinet is full of painkillers like Darvon and Percocet, which he chomps like candy, and his body is riddled with scars.

Fighting on a playground?

Perhaps the most ridiculed scene of the film is the fight sequence between Murdock and Elektra that takes place on a playground shortly after the two met. While it’s certainly a play on the “meet cute” scene and maybe sounded like a good idea in theory, Daredevil and Elektra fighting while standing on see-saws isn’t exactly true to the spirit of the 1980s Marvel Comics run by Frank Miller which revitalized The Man Without Fear and introduced the lethal assassin.

Another mistake that Daredevil made was in building its soundtrack around many popular or up-and-coming musical acts from the early 2000s like Evanescence (“Bring Me to Life” was a huge hit), Fuel and Hoobastank.

While that may have given the movie some cool factor in having a soundtrack album that transcended the movie, like 1994’s The Crow — which Johnson also nods to in a scene where Daredevil paints his logo in gasoline, which is then set aflame — the music also dates the film significantly and doesn’t help it age well.

Daredevil was supposed to be darker

Daredevil may have pushed a bit too far in trying to depict a darker take on the superhero. Johnson preferred a grittier, R-rated film, hewing more closely to Miller’s comics that made the character popular and clearly inspired this movie.

(Maybe Johnson was ahead of his time, since audiences have embraced harder, R-rated superhero films such as Deadpool and Logan. The success of those films helped studios get over not being able to sell any toys and other merchandise. Netflix’s Daredevil showed that a more adult direction was the right one for the character, though lighter takes have worked in the comic books.)

However, Fox wanted to attract the wider audience that embraced Spider-Man. As a result, the story was changed to play up the romance between Matt Murdock and Elektra (Jennifer Garner, who would eventually become Affleck’s real-life wife), while more digital effects and wire work were incorporated into the film to make the action more dynamic and current with what was popular among filmgoers at the time. (As great as The Matrix was, its use of wire work ruined so many action and fight scenes for years to come.)

Advocates for this movie will point to the director’s cut that was released on DVD in 2004 (a Blu-ray followed in 2008) as a more cohesive, consistent narrative, thanks in large part to more than 30 minutes that was restored to the film. An entire subplot was cut from the original film, in which Murdock and Nelson defend a man (played by Coolio) who was wrongly accused of a woman’s murder. 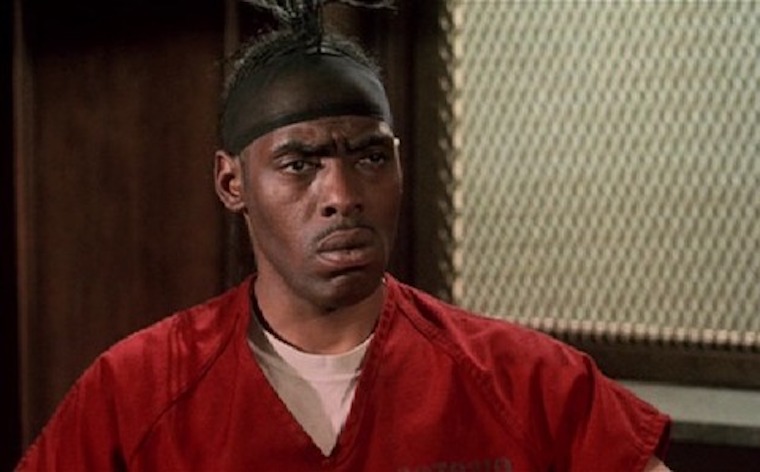 The restored footage better demonstrates Murdock’s extra-sensory abilities (being able to tell if someone is lying from hearing his heartbeat, detecting gunpowder in an apartment) and his skill as a lawyer. Additionally, Daredevil is more conflicted, with his need for revenge clashing with his interest in justice and following the right moral path. That gives him a harder edge — especially when it’s not softened up by a romance.

For instance, in a rooftop scene between Murdock and Elektra, he hears a crime being committed and leaves. In the theatrical release, Murdock decides to stay with Elektra and spend the night with her.

Daredevil hasn’t aged well, and most of the people involved with the film — notably Affleck — probably want to forget it ever happened. But most of the cast has gone on to bigger and better things which indicate the strong job done there. Colin Farrell moved past an awful facial scar and snakeskin coa. Jon Favreau graduated to other superheroes, kickstarting the Marvel Cinematic Universe by directing the first two Iron Man movies. (Those two seemed to be the ones who enjoyed being in the movie.) Michael Clarke Duncan, who played Wilson Fisk/ The Kingpin, sadly passed away in 2012.

Johnson got one more chance at directing a Marvel movie for Fox with 2007’s Ghost Rider. But that wasn’t well received either, and he’s been in Director Jail ever since. Clearly, he had a love for the material — several shots are taken directly from comic book panels.

But maybe he loved it too much. Johnson crammed in storylines that played out over more than a year in the comic books, leaving little time to establish why they were meaningful. Compare that to the Netflix series, which didn’t introduce Elektra until Season 2 and still hasn’t used arch-enemy Bullseye, focusing its first season on Daredevil’s war with Fisk.

The movie is also full of comic book references that are probably a bit too cute, such as naming characters after Frank Miller, David Mack, Brian Michael Bendis, Jack Kirby, John Romita and Joe Quesada — all of whom played large roles in Daredevil’s popularity and created seminal storylines. Comic book fans enjoyed the nods, but Johnson probably overdid it and prevented viewers from losing themselves in the movie.

Fortunately, Daredevil is enough of an enduring character that Marvel got the movie and TV rights back when Fox didn’t make another movie (though tried with directors David Slade and Joe Carnahan) and soon built its Netflix franchise around him. Eventually, The Man Without Fear got the treatment he deserved. But maybe that wouldn’t have happened if the mistakes of the 2003 film hadn’t been made first. If that’s the legacy the movie leaves behind, it’s good enough.