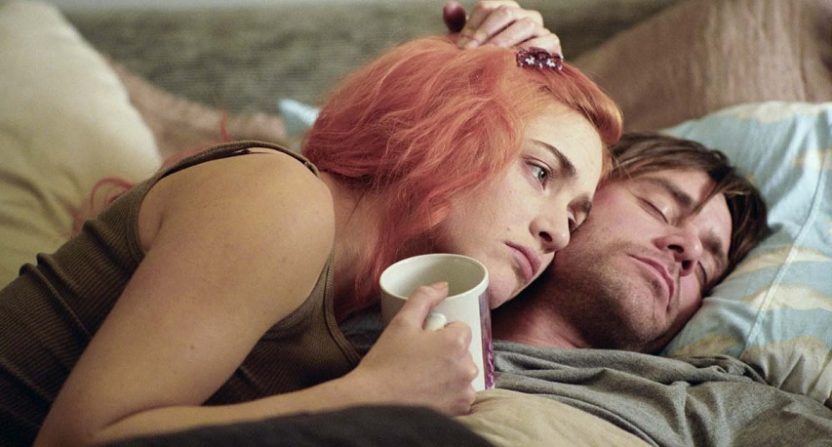 The 2017 Academy Awards are almost here, with the ceremony on Feb. 26. Sometimes, the voters get the winners right. Sometimes, they completely whiff on their choices. In certain instances, the mistakes are immediately obvious. But in other cases, the mishaps aren’t apparently until years later when films and their impact can be viewed with better perspective.

You might be surprised at some of the films that didn’t even receive a nomination. Here are the 10 best over the past two decades not to get an Oscars nomination for Best Picture. (Winners for that particular year are noted with an asterisk.)

This was one of the top films of the aughts and is arguably the best relationship movie ever made. It achieves a minor miracle by taking a science fiction-like plot and molding it into something everyone can relate to: how much it hurts when a great relationship goes bad. We all ask ourselves: would we have been better off not even meeting that romantic partner in the first place?

What if we could erase that person from our memory?

Winslet got the attention of the Academy, but Jim Carrey’s performance is equally vital and he has to do most of the heavy lifting. He’s the heartbroken introvert and the story unfolds mostly through his perspective. Carrey sells the movie. You feel every bit of his insecurities, disappointments, exhilarations, anger and regrets. This movie is sheer perfection.

Steven Spielberg is at the top of his game in a movie based on a true story. It’s so much fun that the two-hour, 21-minute running time just flies by. You’re a little sad when it ends because the characters are so likeable.

Leonardo DiCaprio portrays daring teenage con man Frank Abagnale Jr., who successfully impersonates an airline pilot, a doctor and a lawyer. Supposedly, he accomplished all of these scams before his 19th birthday.

Tom Hanks plays the FBI man in pursuit and delivers one of the best knock-knock jokes of all time. But the movie’s unsung hero is Walken as Abagnale’s father and a Willy Loman type of businessman. He gives the film an emotional core that helps drive the plot. This movie makes you smile.

Rotten Tomatoes rating: 92%
Quote: “Just because there are things I don’t remember doesn’t make my actions meaningless. The world doesn’t just disappear when you close your eyes, does it?”
Honors: Best Original Screenplay nominee; Best Film Editing nominee
Best Picture nominees that year: A Beautiful Mind*, Gosford Park, In the Bedroom, The Lord of the Rings: The Fellowship of the Ring, Moulin Rouge

Memento was only released in 531 theatres, compared to Christopher Nolan’s most recent movie Interstellar (2014) which was released in 3,561 theaters. Back then, nobody knew who Nolan was. Memento changed all that. It became a classic through word of mouth and is the premiere modern-day film noir.

With non-linear storytelling about a detective with a faulty memory, Nolan draws us into a puzzle. There’s a protagonist (Guy Pearce) motivated by his dead wife (a recurring theme in Nolan’s other works like The Prestige and Inception), a femme fatale and other characters with questionable motives. The further along the story goes, the more complicated it seems until the plot twist at the end. Nolan’s other works have also received critical acclaim, but this is an original haunting thriller.

Rotten Tomatoes rating: 89%
Quote: “I am not the Zodiac. And if I were, I certainly wouldn’t tell you.”
Honors: None.
Best Picture nominees that year: No Country for Old Men*, Atonement, Juno, Michael Clayton, There Will Be Blood.

Most studios wait until the end of the year to put out the films they are pushing for awards contention. Zodiac’s release date of March 2 was way too early. Many forgot about it. Many didn’t see it. It was an American box office bomb. It also didn’t help that a few years earlier, another movie called The Zodiac was released.

However, if you haven’t seen the vastly superior 2007 film, it will blow you away. David Fincher is best known for Fight Club, Se7en, The Social Network and Gone Girl. Zodiac might be his crowning achievement when it comes to script, directing, story and acting. This is about the Zodiac serial killer from the 1960-70s. But what the movie is really about is three men (played by Jake Gyllenhaal, Mark Ruffalo and Robert Downey Jr.) whose lives are forever changed by the unfolding drama.

Rotten Tomatoes rating: 92%
Quote: “You give me a time and a place, I give you a five-minute window. Anything happens in that five minutes and I’m yours. No matter what.”
Honors: Best Sound Editing nominee
Best Picture nominees that year: The Artist*, The Descendants, Extremely Loud & Incredibly Close, The Help, Hugo, Midnight in Paris, Moneyball, The Tree of Life, War Horse.

Drive is the Thinking Man’s Impossible White Man movie. The protagonist is a little like Clint Eastwood’s Man with No Name character, except he lives in modern-day Los Angeles. Ryan Gosling is simply known as the Driver, a Hollywood stuntman who moonlights as a getaway car driver for criminals.

The Driver gets into trouble when he falls for his married next-door neighbor (Carey Mulligan). Gosling and Mulligan convey a lot of emotions without much dialogue. The Driver’s interest in her leads to an unfortunate set of circumstances, putting him in a dangerous position. The movie’s true revelation is Albert Brooks, playing against type as a gangster. It’s a crime that he wasn’t nominated for Best Supporting Actor.

Rotten Tomatoes rating: 93%
Quote: “You’d be surprised about what you can get, if you ask for it the right way.”
Honors: Best Adapted Screenplay nominee, Best Film Editing nominee
Best Picture nominees that year: Shakespeare in Love*, Elizabeth, Life Is Beautiful, Saving Private Ryan, The Thin Red Line.

Of all of the Elmore Leonard books that have been made into movies, this is probably the best. Steven Soderbergh’s film is stylish and funny.

All the characters are well thought out with their own idiosyncrasies – all the way from Jack Foley (George Clooney) to minor bit players like White Boy Bob. Out of Sight is about a forbidden attraction that develops between an escaped bank robber and a U.S. Marshall (Jennifer Lopez). The chemistry between Clooney and Lopez is so electric that it’s surprising that they haven’t tried to replicate it in another movie.

The other part of the plot is about another convict (the always excellent Don Cheadle) who is attempting to rob another former prison mate. This is a dark comedy with a lot of witty banter.

Before Cameron Crowe lost his fastball, he was one of the top writer/directors in Hollywood. He was also responsible for Fast Times at Ridgemont High, Say Anything, Singles and Jerry Maguire. Almost Famous is his best work. Drawing from his own music writing experiences, this is about an up-and-coming writer who is given the assignment of profiling an up-and-coming band.

Crowe’s gift has always been writing about how people grasp (sometimes unsuccessfully) to understand each other. That’s what makes Almost Famous work. McDormand shines, especially in a scene when she argues with her daughter, a young Zooey Deschanel. The other major conflict is the writer (Patrick Fugit) trying to compose a story while grappling with his feelings about the musicians and his romantic feelings for a groupie (Kate Hudson).

Rotten Tomatoes rating: 85%
Quote: “That woman deserves her revenge, and we deserve to die.”
Honors: None.
Best Picture nominees that year: The Lord of the Rings: The Return of the King*, Lost in Translation, Master and Commander: The Far Side of the World, Mystic River, Seabiscuit.

There are two kinds of people in this world. People who love Quentin Tarantino, and people who hate Quentin Tarantino. If you’re the latter, it’s usually because of his taste for violence. Well… this is definitely not the film for you. It’s extremely bloody, almost to the point of being cartoonish.

Tarantino is incapable of making a dull film. Even ones that you have mixed feelings about (Inglourious Basterds) are considerably more interesting than the standard Hollywood fare. He writes compelling characters and does particularly good work with Uma Thurman as the revenge-seeking bride. She slashes her way through the competition and is one of the best movie heroines we’ve seen.

Nolan makes his second appearance on this list — and justifiably so. Memento is Nolan’s best overall film but for sheer craftsmanship, it’s hard to beat The Prestige. This movie about dueling magicians got a little lost in the shuffle in 2006 because of another film about magicians. The Illusionist, starring Edward Norton, is good. But The Prestige, starring Hugh Jackman and Christian Bale, is on a different level.

The Prestige boasts possibly the best movie twist for an ending since The Usual Suspects. Even if you figure out one part, the other doesn’t come into focus until the final seconds. It’s a movie you appreciate more after multiple viewings because you’ll always find something different.

Sometimes, people forget the details. The freedoms we enjoy today did not come easily.

The People vs. Larry Flynt is about the famous Hustler Magazine vs. Falwell Supreme Court decision. That late 1980s court case was a resounding First Amendment victory and it’s one of the most important in American history.

Milos Forman, the genius behind One Flew Over the Cuckoo’s Nest and Amadeus, adroitly handles this drama. Considering all the legal challenges going on today, it’s worth revisiting.