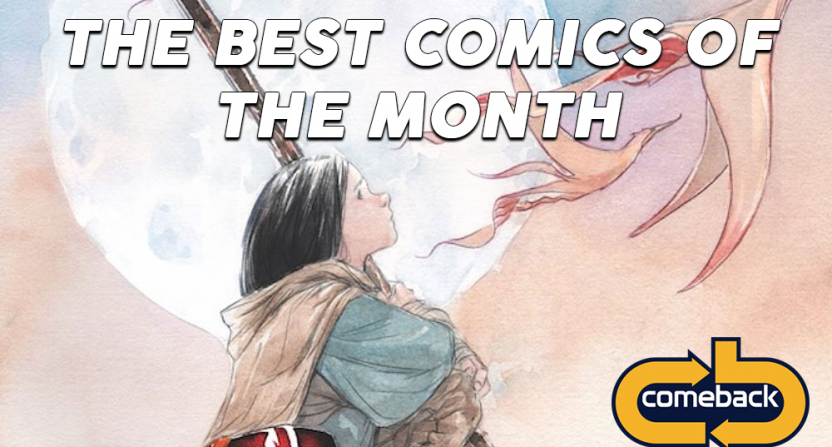 April has been a great month in comics with a great mix of new titles and continuing series from a variety of publishers hitting the shelves. A selection of books stood out among the many that came out this month. Here are the best new comics of the month for April.

For three years, Jeff Lemire (Black Hammer, Secret Path) and Dustin Nguyen (Batman: Streets of Gotham) told the harrowing story of Descender, a 32 issue-run about Tim-21, a childlike robot who is thrust towards the center of a machine uprising while navigating his own past and connections to the happenings surrounding him.

Ascender is a sequel series of sorts, serving as a jumping off point for both new and old readers. Taking place ten years after the events of Descender, the new chapter focuses on Mila, a young girl who lives in a machine-free society where magic has taken its place. Mila wants to be a part of the order, but her dad Andy, Tim-21’s older human brother, does not want her involved among the zealots, stressing he will never submit to the mystical ‘Mother’ and sacrifice his freedom in the name of magic. 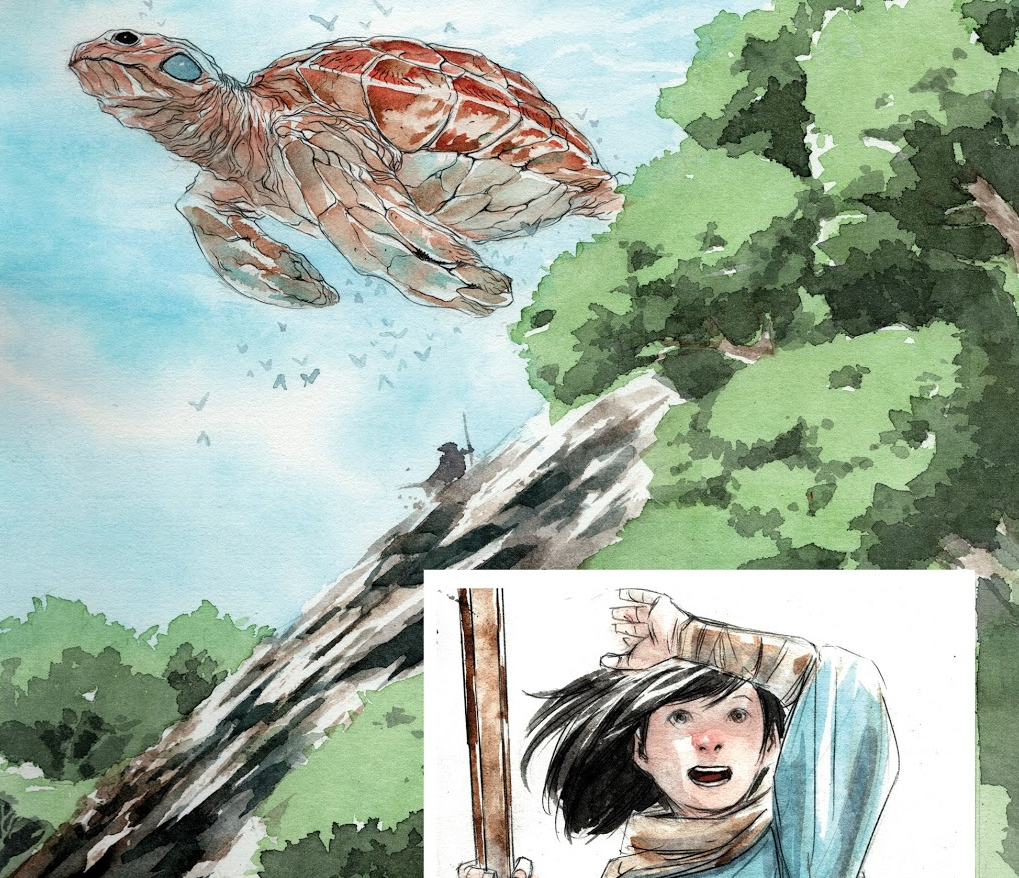 The star of Descender, and now Ascender, is Nguyen’s breathtaking art. He uses gorgeous watercolors, both muted and lush, to emphasize critical moments and story beats. Nguyen’s artwork brings a unique world to life and helps tell a deeply painful and rich story. Combined with Lemire’s sharp character work and world building, Ascender is an extremely promising start to a new chapter in this saga. Both creators are working at the height of their powers.

It will be fascinating to see how Ascender ultimately continues to connect to its predecessor.

When Marvel announced Tini Howard (Hack/Slash: Resurrection) and Ariel Olivetti (Daredevil) as the creative leads behind a new six-issue Thanos miniseries, they had an unquestionably tough act to follow. Marvel’s most powerful bad guy has been the recipient of some great modern arcs, with Jeff Lemire and Mike Deodato’s 11 issue-run and Donny Cates and Dylan Burnett’s wild, story bending run both being top-notch. Howard’s new arc is on the same high level.

Thanos #1 tells the story of the titular Mad Titan through the lens of his adopted daughter Gamora, the assassin responsible for his eventual death. His conquests feature him brutally murdering inhabitants (not always hostiles) of planets with his Butcher Squad. Thanos has an unquenchable thirst for death as he starts picking off members of his own ship’s crew in failed attempts to summon his beloved Death.

Olivetti’s art is sharp and never muddled despite the many faces, settings, and action scenes throughout. Thanos is every bit the monster he should be and is drawn physically imposing. Olivetti’s emotional facial expressions help convey him as a complicated, complex figure. Thanos brutality is not dialed back, either. By showcasing his lust for murder and his complicated relationship with Death, Howard brings out the best (or worst) in Thanos.

Remixing Thanos and Gamora’s relationship was a risk that paid off. The book seamlessly builds on Thanos’ mythos while crafting an engaging new arc for Marvel’s most feared villain. 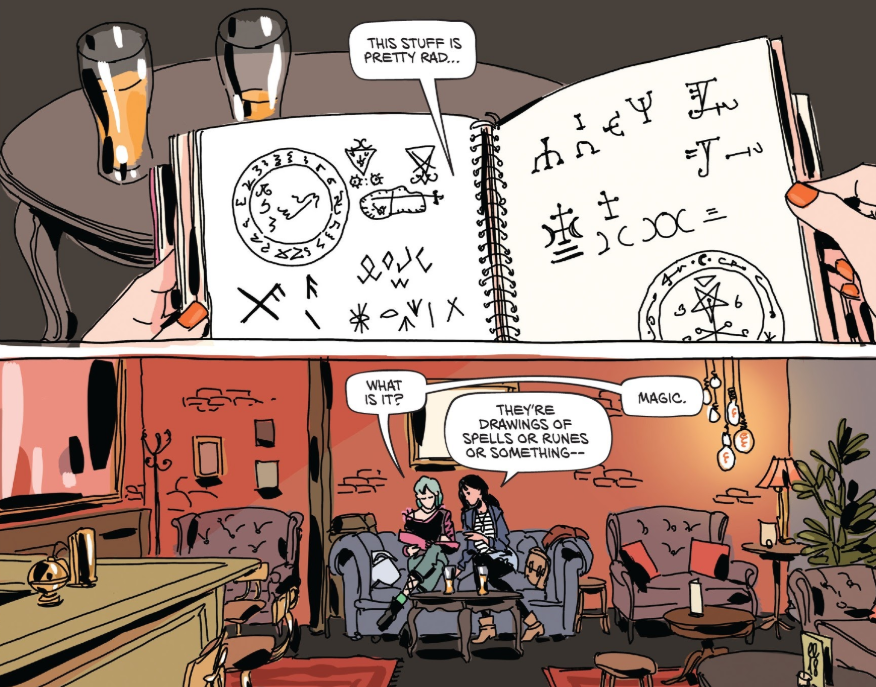 Faithless is a blend of the occult and eroticism, following Faith, a woman who studies magic for fun much to the confusion of her friends. She meets the confident, engaging, and mysterious Poppy, who has an unclear connection to magic while knowing more about the subject than she lets on. Faithless is beautifully drawn and vibrantly colored. Azzarello spins a mysterious, unpredictable narrative that can go really in any direction. Warning: The book is meant for adults only, as it is NSFW. 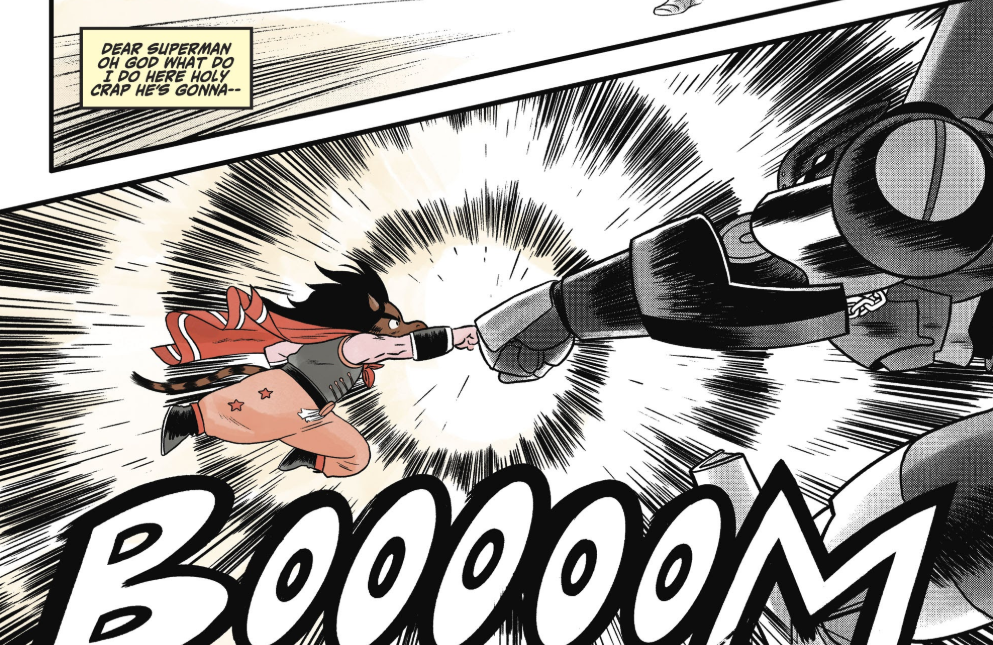 The latest revival of the Silver Age series first spun from House of Mystery #156, Dial H for Hero follows Miguel, a teenager on the run who ends up with the Hero Dial – a rotary phone that gifts him random superpowers for a limited time. In a manga-inspired issue two, Miguel faces off against Jobu the Zonkey King. Meanwhile, Miguel becomes the giant mech Iron Deadhead. The issue is worth reading alone for artist Joe Quinones’ work. He seamlessly shifts his style on the fly as the plot sees fit. Dial H for Hero is a fun teen book with a lot to offer.