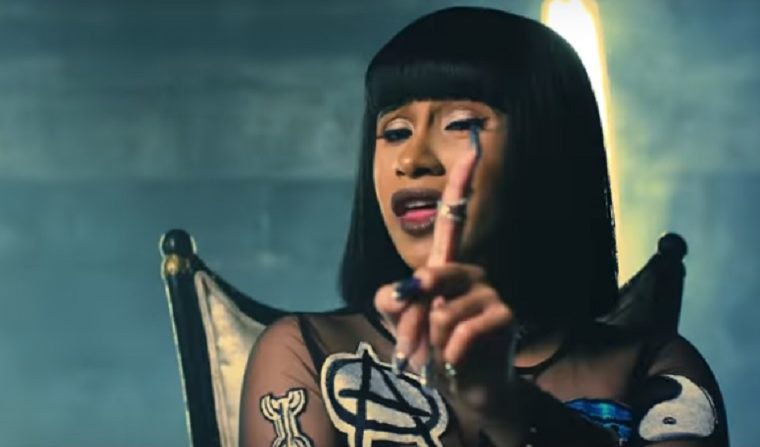 In a growing world of uncertainty, it may be a good thing that music is so readily available to help us when we’re scared or angry about the future. A song may only last for just a few minutes, but that time can be a quick escape to refocus, or a reminder that even in our darkest days someone else out there can relate to our struggle.

With a vast array of artists releasing their stories on a daily basis finding something that speaks to you has never been easier, and when you find the right song you’ll know the feeling. It travels with you, and becomes a track on the soundtrack of your life.

Here are 10 tracks that have likely entered into someone’s soundtrack this year and, for various reasons, are the best of 2017.

The various themes floating through the first five tracks of Kamasi Washington’s latest EP, Harmony of Difference, culminates into “Truth,” a gorgeous piece of art showing that even differences can work together to create something beautiful. In a world where seeking the truth is seen as protest, Washington has created one of the best protest songs of 2017 without saying a word.

Annie Clark has been recording as St. Vincent for the past decade and over that time has become somewhat of a guitar hero. So it was a little jarring to hear a St. Vincent song that focuses more on a piano, and Clark’s voice, but it helps create a sense of accessibility as she details her feelings of lost love and the change it brings to the city she calls home.

Courtney Barnett and Kurt Vile – Over Everything

Two of indie rock’s self deprecating heroes announced that they were joining forces with this light-hearted tune about creating music. Written by Vile with Barnett in mind, “Over Everything” is a casual back-and-forth between Vile and Barnett with a surprising amount of chemistry between the two before heading into a jam-soaked, nearly three-minute outro.

Quiet and introspective isn’t usually the forte of Shawn Carter, but after your wife spends an entire album masterfully telling everyone you’re a bum, being bombastic might not be the best way to go. Using a sample from Nina Simone’s “Four Women” to set the tone, “The Story of O.J.” has Jay reminding everyone that no matter how rich, famous, or successful he is, he’ll always be just another black man to a large number of Americans.

The third single from SZA’s breakout album, Ctrl, details the scheduling between two women of which days one man will spend with each of them. It’s a song that’s both empowering and sad as SZA’s raw, fragile delivery has you wondering if these women are happy with this situation or if it’s the best they can do with today’s technology-driven relationships.

Jason Isbell – If We Were Vampires

Writing quiet and devastating songs is something Jason Isbell does really well and one of his best is “If We Were Vampires.” Additional weight is brought to this song about mortality and devotion when Isbell’s wife, Amanda Shires, joins him for the chorus to offset his softly gruff voice to create a beautiful and vulnerable harmony.

Possibly the most unlikely hit song of 2017 is this hookless hip-hop anthem that reached the top of the Billboard charts behind the extremely self-assured flow of Instagram star turned rapper Cardi B. The song may have a similar cadence as “No Flockin’” by Kodak Black, but Cardi B, who stands alone on this track, adds enough wit and viciousness to make it her own.

On an album full of trip-hop jazz tracks, the standout song on King Krule’s (aka Archy Marshall) third album, The OOZ, sounds like the grimy nephew of mid-90s Beck or Ween. Those two artists were a little more tongue-in-cheek, but Marshall’s gloomy delivery makes a drunken bar pickup into a gripping piece of personal turmoil you wouldn’t wish on anyone.

An upbeat, danceable tempo masks the anger of a bad breakup in Lorde’s first single and lead track from her equally great album, Melodrama. The song’s unusual song structure may have come across as gimmicky from a lesser artist, but in the hands of the already accomplished 21-year-old Lorde (who co-wrote the song with Jack Antonoff and Joel Little), it’s a major statement and a worthy anthem for anyone dealing with heartbreak.

Kendrick Lamar lays it all out on the table in the chaotic “DNA” as he explores blackness in modern America with a racist sound clip from Geraldo Rivera as the catalyst. Lamar wants us to listen, not interject with baseless claims, even if he’s still unsure if his growing popularity and success is helping or hurting his community.