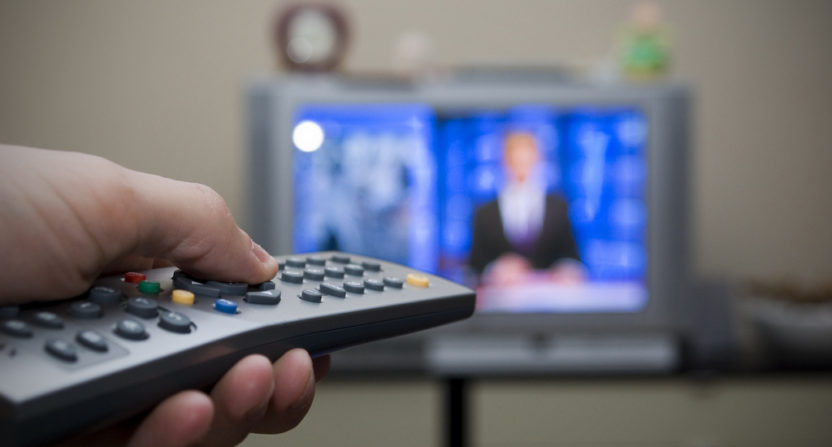 If you ever need to know anything about Grey’s Anatomy, I am your guy.

If you want to talk about Meredith Grey’s love interests, from Derek “McDreamy” Shepherd to intern George O’Malley (very briefly) to sexy vet Finn Dandridge back to Derek Shepherd to army doc William Thorpe to troubled doc Nathan Riggs, I’ve got you.

If you want to get into the many disasters to have affected the doctors of Seattle Grace Hospital/Grey Sloan Memorial Hospital, which run the gamut of bomb explosions, mass shootings, ambulance crashes, electrocutions, ferry crashes, plane crashes, earthquakes, and car accidents, I’m happy to run you through them all.

If you want to get into all the reasons you should never, ever go to Grey Sloan if you’re sick or injured, we can get into that as well. From the fact that all the doctors are too busy having sex or talking about having sex to be focused on their work to the fact that there always seems to be at least one alcoholic or drug user on call, you’re so much better off at Seattle Presbyterian or Mercy West (R.I.P.).

From the cutthroat Cristina Yang to the outgoing Callie Torres to the troubled Owen Hunt to the vulnerable Amelia Shepherd, I am more than happy to dig into all of the times they were too busy sorting out their personal lives to pay attention to the patient in front of them. (Again, never go to Grey Sloan, no matter what they tell you.)

I can do all of this and yet, not once in the 14 seasons the show has been on the air, have I ever purposefully sat down to watch an episode of Grey’s Anatomy.

I have, however, ghost binge-watched the entire show. Multiple times.

Ghost binge-watching is my term for the practice of being the vicinity of another person’s TV binge-watching experience.  I’ve tried to figure out a better name for it, but I haven’t been able to. I thought maybe “osmosis-watching” or “side-binging” but in the end, it comes back to being a ghost-binger. You’re not supposed to be paying attention, let alone soaking up the plotlines and character arcs, and yet it happens anyway. You’re a ghost, hovering on the fringe. The person in the room is blissfully unaware of your presence, but you experience what they experience all the same.

Here’s how it usually happens. I set up shop in the kitchen to do some writing. My wife puts on whichever show she happens to be binging at that moment. Because I’m a writer, I have the attention span and willpower of a five-week-old puppy, and my ears happily accept any stimulus that vibrates in their general direction. That causes my brain to split its attention between what’s happening on the blank screen in front of me and the flashy television 30 feet away. Which then invariably lets my eyes know that it’s okay to wander from time to time to match up visuals with what I’m hearing. Before you know it, I’ve “watched” a television episode without actually watching it.

Sure, it means I’m not paying attention to every detail and I miss large chunks of plot with every bathroom break. There are also the times I miss what’s happening because, believe it or not, a brief moment of uninterrupted writing inspiration strikes. Still, I almost always catch enough to fill in the blanks and, if the situation arises, hold my own in a discussion later about said show at work or at a party.

The benefit of my wife not catching so many of these shows on their initial run gave me the opportunity to hover around the edges without actually committing to digesting all that pop culture ephemera I wouldn’t have experienced otherwise. I gain all of the referential significance and understanding without having to invest in all the filler.

I’ve lost track of how many shows I’ve ghost-binged. Gilmore Girls, Shameless, The Tudors, Longmire, Victoria, Rectify, Doc Martin, Call the Midwife, Glitch. Shows I never would have sat down and watched otherwise, but now I’ve seen them. Kinda. (And yes, we do watch a lot of Netflix — how did you guess?)

I’ve ghost-binged older shows that I missed from when I was younger. Despite being a big sci-fi/fantasy nerd, I never sat down and watched Twin Peaks (I know) or The X-Files (I KNOW). Even now, because of the pressure I put on myself to put writing first, I wouldn’t do it. But when my wife watched both shows again, I got to experience both for the first time, in a manner of speaking (even if I did find The X-Files to be overrated, but that’s a hot take for another time).

I’ve even ghost-binged shows I’ve already seen. I had always wanted to do a rewatch of Lost, one of my favorite shows on its initial run (yeah, I know they made it up as they went; whatever, “The Constant” is still one of the best episodes of TV ever, so, shut up) but never felt like I had the time to actually do it. So when my wife binged the show from start to finish, I got to fulfill that wish in a way. I missed some episodes when I was out running errands and skipped some big scenes while I was walking the dog, but I got the gist and felt like I’d gotten what I needed out of the experience.

It’s not that I don’t watch TV. I watch TV. Don’t you worry. But as I’ve gotten older I’ve just lost interest in watching TV for the sake of it. Couple that with the crippling notion that I’m wasting time if I’m not writing, or pretending to write, and settling in to watch two or three hours of episodic programming is something I can only really feel good about if I’m emotionally invested and excited. For all of the other stuff, ghost binge-watching scratches the itch just fine.

And for the record, I’m not saying any of the aforementioned shows are bad or lesser forms of entertainment. It’s just a matter of personal taste. I’m interested in sitting down and investing myself in Stranger Things, Dark, Godless, and Top Chef. I’m just not interested enough to do the same for Rory and Lorelai Gilmore, as much as I can understand the merits of their fast-talking journey.

Is it the correct way to digest episodic television? Probably not? But does that matter anymore? You invest your own time, however it makes sense for you. That’s why some people abhor the notion of binge-watching and only like to watch TV in the “traditional” manner. Meanwhile, others have gotten so used to binge-watching that the thought of having to sit through commercials every 10 minutes shakes them to their core. Ghost binge-watching is just another way of getting your pop culture fix in the modern world. It’s not that much different to putting on the TV while doing laundry or cooking, I suppose.

And because you might be wondering, yes, I’m ghost binge-watching as I write this. If you end watching La Mante, let me know what you think. I probably can’t get into everything with you, and I don’t know exactly who is who, but I’ll understand what you’re talking about. Mostly.