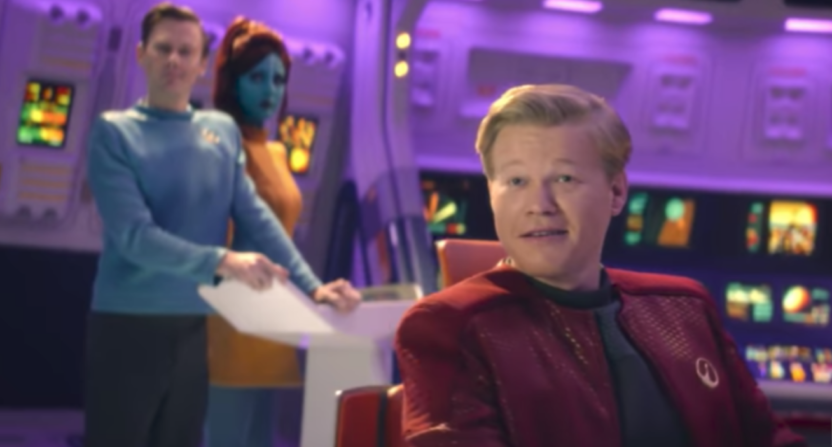 Ever since the descriptions of each episode for the fourth season of Netflix’s Black Mirror were announced, there was one that had everyone’s attention from the jump. “USS Callister,” which appeared to be a pretty obvious take on the original Star Trek TV series, appeared to be the runaway favorite, especially as fans wondered what bleak outlook show creator and episode writer Charlie Booker would put on things.

Considering that Black Mirror has been up and down in recent years, this one looked like the kind of episode that could command attention, reel in suspect audiences, and have something to say about the pop culture phenomenon’s view on the world. In classic Black Mirror style, it has something to say, but not about what you necessarily expect.

Daly realizes that they’re about to be attacked by his archenemy Valdack, but is able to calmly outsmart and defeat him. They blow up Valdack’s ship as he escapes and the entire crew effusively praises Daly for his heroism and leadership.

All of this goes down in the first four minutes of the episode, so it’s not too much of a spoiler to note that all of this isn’t actually happening in a 60s-era science fiction show, but within a computer program created by the real Robert Daly. Daly is the Chief Technical Officer and co-founder of Callister Inc., which has created a massively multiplayer online game.

We quickly learn that all of the crew are, in real life, Daly’s co-workers, none of whom seem to like him or have any admiration for him, in part because he’s an introverted geek who is awkward with women and leers from the distance. It’s also the first day of work for Nanette Cole (Cristin Milioti), a coder who admires Daly and whom he instantly develops an unreciprocated crush on.

Because this is Black Mirror, it’s not enough that we’ve already received a twist. Whereas we feel sympathy for sad-sack Daly in the real world, that notion gets flipped on its head when we realize he’s actually a megalomaniacal misogynist and bully who created new versions of the people who wrong him and turned them into his slave crew, forced to act out his sci-fi fantasies in a made-up program where he is God.

In a matter of 10 minutes, the episode has flipped our notion of what’s real and who we are supposed to be rooting for multiple times. And we’re just getting started. 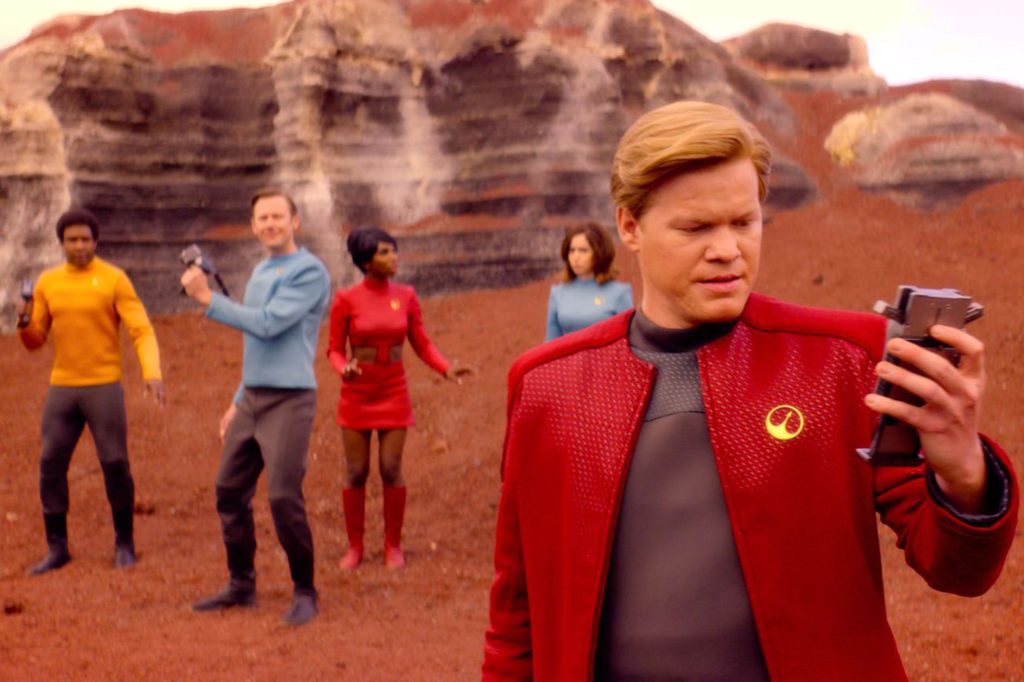 Perhaps what’s most impressive about USS Callister is the way it hooks audiences with the Star Trek homage, but quickly reveals itself to be about something bigger and more prescient than that. Ultimately, the episode feels more like a reaction to the Gamergate controversy and the ongoing battle against chauvinism and inhumane treatment that plagues the world of gaming and social media. That it can use the lens of old Star Trek tropes to get there reminds us how, in many ways, things have not changed all that much.

But there’s no denying that the questions you’re left with when the episode ends are much more relevant. Whereas the episode takes shots at Star Trek’s absurd outfits for women, it then extrapolates that to ask bigger questions rather than just admiring its own references. It begs the audience to consider what it means that so much pop entertainment has been created by men, featuring men in charge, with an assumption that the base audience is men. And then it steps back further to see how that thinking permeates gaming and even culture in general, where a man might feel entirely within his rights to hijack a woman’s entire life for his own enjoyment without any concern for her.

It’s worth taking a moment to stop and acknowledge how crazy it is that Plemons is going to end up being the most successful of all the original teenagers from Friday Night Lights. Taylor Kitsch, Minka Kelly, Scott Porter, Gaius Charles, and the rest of the cast have seen moderate success since the show ended. But the guy who played “Landry” is now the most likely one to eventually win an Oscar, which would be one of the great upsets of our time.

Plemons has positioned himself as an actor who can get really creepy (Todd in Breaking Bad) as well as really dopey (Ed Blumquist in Fargo). Here, he actually combines the two to create something even scarier. A guy usually presented to us as an underdog hero is revealed to be a monster who can keep his vicious intentions stored away, thanks to technology. Whereas it sometimes seems Black Mirror has run out of ways to show us the perils of new tech, they discover a frightening new crack in the system here and the way Plemons plays both sides really sells it.

The rest of the “crew” is stellar as well, especially since they’re also asked to present dual notions of who they are. Milioti does a lot of heavy lifting, as she has to show us immature and fawning before switching to determined and cunning in a way that’s believable. Simpson, who has made a career out of playing weasels, ramps things up to 11 before hitting the brakes and somehow turning Walton into the most sympathetic character of all. And then there’s Coel, who pretty much steals every scene she’s in.

In true Black Mirror fashion, the victories earned in USS Callister aren’t always what they seem. The episode ends on a note that begs a vital question. Is it better to be assured life in a world ruled by a cruel dictator or better to live under the never-ending threat of death in a world free from control?

The episode also seems to be asking why so many gamers appear to want the former, especially so long as they’re the ones who feel like the dictator? What would happen if they knew the game they were playing had real consequences? Would anything change?

Because it’s Black Mirror, the answer is up to you.

1 thought on “Black Mirror’s ‘USS Callister’ looks like a Star Trek homage, but it’s much more than that”