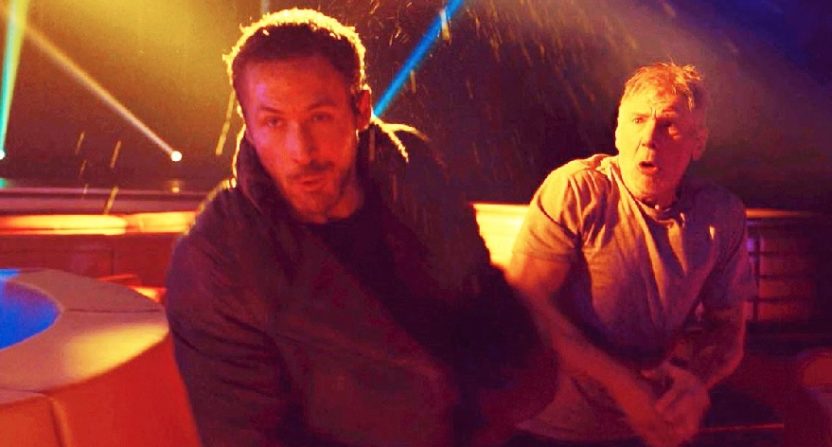 Critically, Blade Runner 2049 has been a monster success. With an 89 percent rating on Rotten Tomatoes, the Denis Villeneuve film has been lauded as “visually stunning” and an “impressive filmmaking achievement.” Our own Ian Casselberry said he “can’t imagine not seeing this movie over and over again.” While many critics have already put it on par with the original Blade Runner, some have dared to say it’s better than the Ridley Scott classic.

Unfortunately, Blade Runner 2049 now also shares something else with its forebearer. It’s a financial flop. While a $31.5 million North American opening weekend sounds pretty good in theory, that’s merely a dent in the film’s $155 million production budget. To put in perspective, that’s roughly the same opening weekend numbers as Alien: Covenant, which went on to gross $97 million domestically. The idea that BR2049, with it’s cast, cache, and marketing onslaught might not break $100 million is staggering.

Normally, a soft domestic opening wouldn’t be the end of the world for a science fiction film like this. Oftentimes, this is a genre that plays better overseas and international box office numbers can make up for soft numbers at home (See: Pacific Rim, Transformers franchise, Terminator franchise). However, the international numbers have been called “encouraging, if not exactly earthshattering” for BR2049 so far, which means even if the film does break even, any likelihood of a budding franchise beyond this is probably dead.

After feeling enveloped in the hype for this movie for months, in an environment that felt as though its success was deemed a sure thing, it’s a bit jarring to realize Blade Runner just isn’t the franchise that many people thought it was. However, with some hindsight, it’s more obvious as to why the film underperformed in spite of itself and what lessons should be heeded moving forward.

As the third piece in the long-awaited (perhaps too long-awaited?) Harrison Ford memorable character revival tour, Blade Runner was supposed to complete the beloved actor’s pop culture impact reminder to audiences that he was a box office juggernaut. While Indiana Jones and Kingdom of the Crystal Skull wasn’t a very good movie, it was a financially successful one. Of course, his return to the role of Han Solo in The Force Awakens was one of the many reasons that movie was a mega-hit. And yet, despite the fact that he returned to tackle the role of Rick Deckard one more time, Blade Runner 2049 stumbled in spite of all the preconceived hype.

How could that be? The answer might be as obvious as the fact that Blade Runner is no Indiana Jones and it’s certainly no Star Wars.

Get 100 random people off the street and ask them to name the characters that Harrison Ford played in Star Wars and the Indiana Jones movies and it’s pretty likely that most of them will know. Now ask those same people to name the character that he played in Blade Runner and you’re probably going to see a significant drop-off.

Indiana Jones and Star Wars were full-fledged franchises, not to mention their films are crowd-pleasing, (mostly) family-friendly, popcorn movies. You could go see an Indiana Jones or Star Wars movie with your mom or your grandfather or your sibling or a group of strangers and most people would go home happy, humming the theme song.

Meanwhile, Blade Runner was one movie (not counting the many, many re-released versions). Even more so, it was one movie that did not do well at the box office and claimed its status as a cult classic. The cult part of that was lost over time as Harrison Ford and Ridley Scott became Hollywood royalty and mainstream pop culture eventually just claimed Blade Runner as an iconic brand that everyone must love.

But as the receipts show, that’s actually not true. Because…

Real-talk moment. I’m a huge sci-fi/fantasy fan who grew up in the 80s and 90s and devoured all things Star Wars, Stephen King, Star Trek, Isaac Asimov, and Lord of the Rings. I am very much in the wheelhouse of people who you would think love Blade Runner. The truth is, I’ve tried to watch it on multiple occasions in my life and despite my best efforts, I’ve never actually made it all the way through. I know what happens, I’ve watched Rutger Hauer wax poetic about attack ships on fire off the shoulder of Orion, I’ve read up on the differences between the theatrical cut, the director’s cut, and the final cut.

What I don’t think I quite realized over my lifetime is just how many people are in my boat compared to those who have actually watched and enjoyed the film. A lot of that has to do with Blade Runner fans being VERY vocal about their ardent love of the film and their disbelief that anyone who likes sci-fi wouldn’t have seen it 78 times and own it on DVD, Blu-Ray, and Laserdisc. So if you get told enough times in your life that Blade Runner is a masterpiece that you should see right now and you’re a crazy person for not having seen it already, you start to think you’re in the minority.

But as we’re reminded, that shrouds the truth, which is that most people haven’t seen Blade Runner and have no real connection to the story or characters. And while you didn’t need to have seen Blade Runner to enjoy Blade Runner 2049, it stands to reason that doing so would make your enjoyment of the sequel that much better. But if people don’t want to take the time to sit down and watch the original, why bother investing in the sequel? The studio even released a collection of short films meant to enhance your understanding of the new Blade Runner film.

It’s a big ask of audiences that don’t care that much about the property to begin with.

Not to mention that the Blade Runner fanbase is decidedly male, made evident by the opening weekend ticket buyer tracking that noted only 29 percent were women. In the wake of Wonder Woman and the ever-growing realization that women are way more important to box office numbers than Hollywood has given them credit for in the past, we probably should have realized the male-centric Blade Runner 2049 always had a ceiling on its success.

It’s hard to say what, if anything, the people behind Blade Runner 2049 could have done differently. Denis Villeneuve (Sicario, Arrival) is considered one of the finest filmmakers working today. Ryan Gosling is about as A-list as you can get right now. Harrison Ford is Harrison Ford. The film looks gorgeous. The script is solid. The title is well-known. The trailers looked epic. The press tour was so successful it gave us the rarest of all Hollywood creatures, Harrison Ford briefly enjoying himself. It had the full-force backing of its studio and their marketing might. And none of it mattered when the theaters opened. 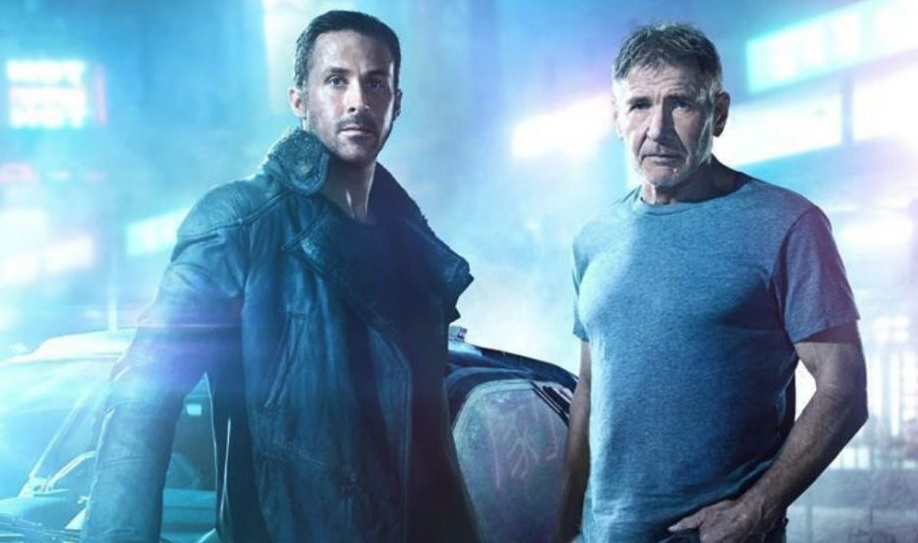 Ultimately, the film’s success hinged on the notion that it was a beloved franchise when, in fact, it’s merely a respected one. The difference is that while a lot of people could probably tell you they’ve heard of Blade Runner and know it was a good movie, most of them don’t have a visceral reaction to it. The people who love Blade Runner LOVE Blade Runner. Everyone else is either fairly neutral or mildly interested.

I say that not to take a shot at the franchise but to point out how we can spot the sequels and reboots in the future that make the same mistake. You could make the case that the recent Power Rangers film suffered from the same fate. Most people have heard of the Power Rangers in some form, but the number of people who have an emotional attachment to the property is much smaller than the studio assumed. (The 142.3 million box office was considered okay but less than expected, especially with aspirations of multiple sequels.)

Certainly, Hollywood isn’t going to slow down the reboot/sequel train anytime soon, but Blade Runner 2049 might end up being the example we hold up to remind ourselves that pop culture awareness does not inherently equal box office bucks. You could make the case that something like Guardians of the Galaxy bucks that notion, but GotG was also a fun property enveloped within a bigger franchise and superhero trend. Blade Runner is dark and methodical and contemplative. You can’t just lump those two properties together and presume they’re a correlation.

It’s a lesson that we might see play out once more when the Avatar sequels eventually hit movie screens. While no one would compare Avatar to Blade Runner, both are sci-fi epics in their own right that have name recognition but lack a massive fanbase to count on. You don’t meet many people quoting Avatar lines in 2017 or voicing excitement about Avatar 2, let alone Avatar 5. It’s entirely possible that the same fate awaits James Cameron’s franchise-in-waiting because while it’s respected (at least in terms of box office), it’s not beloved.

Even if Avatar 2 does bomb, however, it’s unlikely Hollywood will heed the warnings. They’ll continue to look for recognizable names and franchises to bring back around under the assumption that because enough people say they liked it, it’ll perform at the box office. Maybe they’ll luck out from time to time, but with fewer reasons to spend your money at movie theaters, mainstream audiences are building up a resistance to anything that doesn’t give them an emotional reason to get in the car and pay for the experience. Not even Harrison Ford can prevent that.