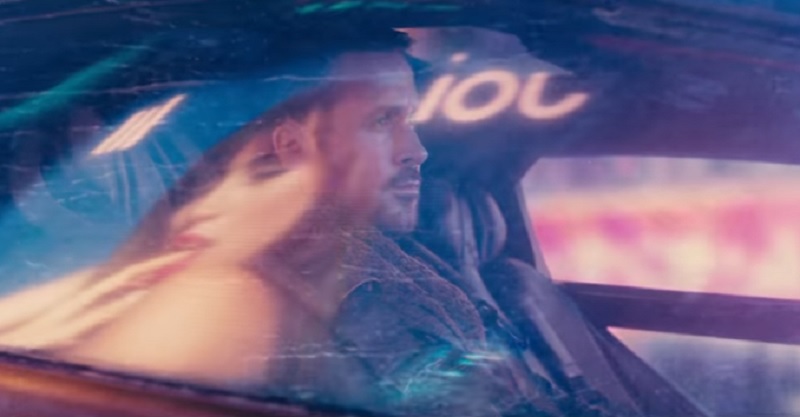 The long-awaited full trailer for Blade Runner 2049 has been released, but the preview doesn’t really provide much more information than the teaser which hit the internet just before last Christmas. That’s surely intentional, as Alcon Entertainment and Warner Brothers — along with director Denis Villeneuve (Arrival) — don’t want to reveal too much about the story and whatever surprises await.

In the meantime, the new trailer does provide some new visuals to savor and we get our first look at Jared Leto’s character, who appears to be the creator of the newer replicants. So is he this film’s version of Dr. Tyrell, the curious, fascinated scientist and mogul whose innovations turned on him with fatal consequences? Whatever the case, Leto’s character appears to be more active and perhaps sinister based on what’s shown here.

Actually, Blade Runner 2049 looks like it could have a lot more action — at least in a couple of scenes — than its 1982 predecessor. As intriguing and beautiful as the original Blade Runner was, Ridley Scott most certainly did not make an action movie loaded with big set pieces and special effects. It was a noirish thriller with unforgettable futuristic cityscapes and ideas that kept its action close and personal. That may end up being the case here as well, with Villeneuve keeping the film’s signature look and score. But he also appears to open the action up to modern standards.

Check out the trailer:

Advancements in digital effects and set design may also allow Villeneuve (with writers Hampton Fancher and Michael Green) to show some more of the story than was possible in 1982. Do we get to see the Replicants being created? At the very least, we catch a brief glimpse of the end result, with a Replicant being born in the home or office of Leto’s character. And it looks very much like a birth in a empty setting reminiscent of the alien ship interior that Villeneuve helped create for Arrival.

Another intriguing difference between Blade Runner 2049 and the original film is its use of color. Villeneuve maintains the dark, imposing, industrial look of the first movie — much of which took place at night — but also takes the stories to different settings, where sunlight is obscured behind a burnt orange haze of smog and dust. There’s a light here that didn’t quite exist in the original, which grabs the attention right away.

So what exactly is it that Ryan Gosling’s Officer K wants to know from Rick Deckard (Harrison Ford). Does he have any sort of information on the Replicants that will help K in whatever investigation he’s conducting? How has Deckard been able to live in seclusion, albeit a booby-trapped one that keeps intruders away? Is K also a Replicant? One of his conversations with Ana de Armas’s character seems to indicate as much when she says he’s “special.” Maybe that’s the only way he can survive a tangle with the hulking Dave Bautista.

And who are the various female characters (one of whom apparently works for Leto) that want to kill K and Deckard? Is Leto a Replicant with his eyes turning opaque (a telling sign for the androids in the first film) and glowing dots on his neck? Maybe Tyrell had a contingency plan that’s come to light 30 years later.

This trailer presents a bunch of questions and so few answers, which is probably what a good trailer should do. Too many previews give away huge plot points or character revelations these days, not that audiences seem to care. But it’s nice that someone (besides J.J. Abrams and his mystery box) are still working to try and save viewers from themselves and maintain some surprise for the actual film itself.

Blade Runner 2049 will be released in theaters on Oct. 6.