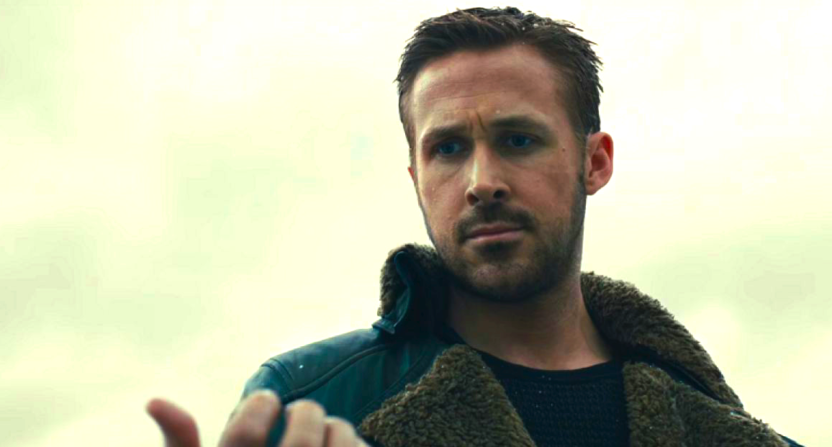 Denis Villeneuve did it. With Blade Runner 2049, successfully made a sequel to a 35-year-old film that modern audiences weren’t familiar with, had only heard about, and were perhaps underwhelmed by a film widely praised as one of the best sci-fi movies of all time. Perhaps more impressively, Villeneuve and cinematographer Roger Deakins may have even topped 1982’s Blade Runner, creating one of the most gorgeous movies ever to be seen on the big screen.

I’m on the side that considers Blade Runner a sci-fi classic. It’s one of my favorite movies, a film I watched endlessly because it was on TV all the time when we first got cable. I’ve watched the original cut of the movie with its controversial (and legendarily flat) narration from Harrison Ford. I’ve seen the director’s cut, in which Ridley Scott took out the narration and added a unicorn dream sequence. Watching that on the big screen at the Michigan Theater in Ann Arbor is a cinematic experience I still think about to this day.

I even got the five-disc “ultimate edition” set, which includes the “final cut” of the film that was presumably Scott’s last word on the subject. My sister got that for me for Christmas and could never understand why I wanted five different versions of the same movie. Hey, man — the set also included a little toy police car and an origami unicorn. Perfect decorations for a bookshelf, desk or dresser that allow fans to make a statement about a beloved film. Yeah.

All of this is to say I was worried about a follow-up to Blade Runner. Not every movie needs a sequel. Everything doesn’t have to be a franchise. Couldn’t Blade Runner just be left alone? (Well, other than frequently changing the film and releasing new versions of it.) Especially when it ended on a seemingly perfect note that let the audience imagine where the story might go from there?

If you wanted a happy ending, you could have one. (Though if you were paying attention, you knew it was likely to be bittersweet.) If you had a sense of dread for the future of Rick Deckard (Harrison Ford) and replicant Rachael (Sean Young), that was a perfectly valid feeling, as well. Perceptions might also depend on which version of the movie you’ve seen, one of which is more hopeful than the others.

The question often asked with movies like these (sometimes jokingly) is whether or not you need to have seen the original film to enjoy the sequel. Personally, I would wonder why you’d want to see a sequel without watching its predecessor. But with the 35-year gap between films, Villeneuve (with screenwriters Hampton Fancher and Michael Green) would surely take new viewers into heavy consideration. And that’s the only way to do this. The film has to stand on its own merit. You can’t depend on people going back to watch a 35-year-old movie, especially when it’s not streaming on Netflix or Hulu (but is available to rent on Amazon), regardless of who was in it or how it was regarded.

Part of the brilliance with Blade Runner 2049 is that it’s enough of a standalone story to be appreciated on its own. Will you enjoy the experience more and follow what’s happening better if you’ve seen the first film? Yes, absolutely. The original Blade Runner establishes the futuristic world of Los Angeles (though we’re coming up on that year of 2019, and the world doesn’t look like what Ridley Scott envisioned) and the concept of replicants, artificial beings created for slave labor that eventually rebelled and tried to live on their own, only to be hunted down by police specialists called Blade Runners.

A title card at the beginning provides some handy details, but the story just jumps right in and allows viewers to pick up what they need. The issues that created the central conflict in the first film, 30 years ago in the story, have largely been addressed, though some rogue replicants still exist and are hunted down despite living peacefully — and productively — in society. A scientist named Neander Wallace (Jared Leto) cured famine through artificial means and trades in that capital to revive replicants with a newer, more obedient version.

Everything appears to be copacetic until LAPD detective K (Ryan Gosling) discovers something while tracking down and exterminating an older model Replicant that could greatly upset that precarious existence. And the threads from that story development reach out and wrap around the previous movie. K is an intriguing, compelling character, though some might feel Gosling plays him a bit too flat. But that’s part of the point for reasons that probably shouldn’t be mentioned for spoiler concerns.

Suffice it to say that K is very much a lone wolf, save for interactions with his superior officer (Robin Wright) and his companion, Joi (Ana de Armas), who may understand him more than anyone else. He’s not popular with his fellow officers and doesn’t fit in among the populace very well, likely because he always has to be on watch for something that doesn’t seem quite right. There could be more to it, but to say so might be considered a spoiler. (I would certainly consider it a spoiler, if I hadn’t seen the movie yet.)

Yet Villeneuve also creates the same sense that Scott did 35 years ago. The future Los Angeles may be large and overcrowded, but it’s also a dark, cold place which creates a deep sense of loneliness. Technology and pervasive advertising keep us company, a cultural development that the first Blade Runner (and later films like 2002’s Minority Report) astutely predicted. Feeling lonely? Turn on the TV, check your phone, log on to the internet. Everything will be OK. Unless you’re still left feeling empty inside.

That also ties into the latter part of the story when Deckard comes into play. (If you might have been wondering why Gosling got top billing over Ford, it’s not just because current audiences might know him more. Blade Runner 2049 is very much K’s story and Gosling’s showcase.) The case K is investigating eventually leads to Deckard, who’s gone into hiding after the events of the first movie. He doesn’t want to be found and covered his tracks as best he could. But K turns out to be a very good detective.

Unbeknownst to him, what K has uncovered draws the interest of Wallace and his top associate, Luv (Sylvia Hoeks, who might have put herself in line for the next female action movie franchise), who want to find and capture Deckard for different, though related, reasons. It’s a poignant reference back to the first film and makes Deckard an even more interesting character than he was 35 years ago (and in all the years that have passed since then). Those wondering why Ford would revisit a role from which he often kept a distance get their answer here.

Reprising his most famous roles decades later has been an intriguing bookend to Ford’s career. Maybe he wanted to reach newer audiences and remind them why he was once a big thing (and compel him to see those past films.) From a practical standpoint, returning to Han Solo and Rick Deckard didn’t require lead performances from the 75-year-old Ford. Solo dying in the Star Wars: The Force Awakens (apologies if that’s a spoiler for you, nearly two years later) brought a closure to the character that Ford always wanted. Thanks to Villeneuve, he gets closure with Deckard too.

It’s not a story that had to be told, but fans of the character will be glad it was. (For devoted fans, Villeneuve doesn’t give a definitive answer on the longtime question about Deckard, which was a relief.)

No, the story isn’t perfect. Maybe that’s because Villeneuve (along with Fancher and Green) didn’t care as much about the story as its core conceit. What does it mean to be human? If something thinks, feels and loves — if it’s capable of experiencing a sense of loss — is it human, regardless of its origins? That’s what the movie is truly about. But a narrative that deliberately takes its time (more slowly than some viewers might prefer) throughout most of the film ramps up at the end, perhaps a bit too quickly for the sake of some climactic action. Yet the ending brings the film back nicely.

And damn, does it look spectacular the entire way through. Deakins’ work is absolutely gorgeous. This is a movie that could surely be enjoyed on a large screen without sound. Just drink in the visuals, the colors, the set design, the wide scope of every shot in which no detail goes unnoticed. You’ll want to see this on the biggest screen you can. Personally, I’m already thinking that I need to get a bigger TV before Blade Runner 2049 is released on Blu-ray. What I have right now just doesn’t seem sufficient.

I can’t imagine not seeing this movie over and over again, just like I have with the original Blade Runner. The core concepts and stories make you think. The music is atmospheric, moody and disturbing. The visuals are unlike anything seen before. (Whether or not they’re as influential as Scott’s film for the next 30-plus years will be interesting to track. Between this and Arrival, Villeneuve has established himself as a master artist.) And the characters make you feel.

As a hardcore Blade Runner fan, I’m glad this sequel was made. To me, there’s no higher compliment.

1 thought on “Blade Runner 2049 is visually spectacular, and a fitting sequel to its beloved predecessor”