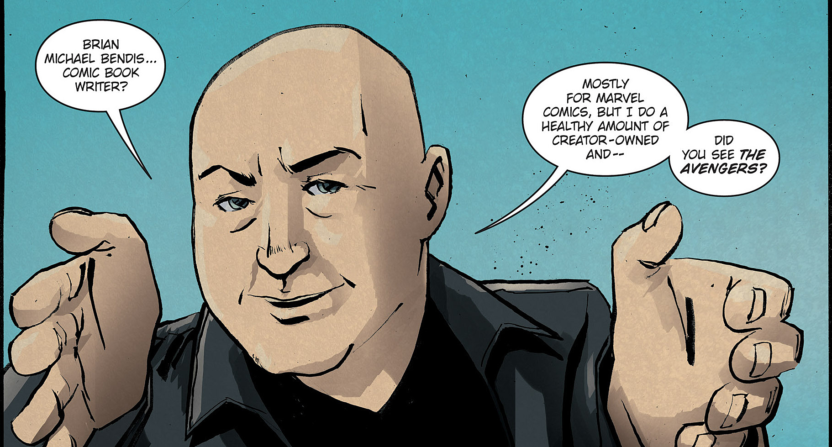 If you’re not a comic book fan — like really someone who reads comic books, rather than enjoys superhero movies — Tuesday’s news of writer Brian Michael Bendis moving from Marvel Comics to DC Comics might not have seemed like that important of a story.

But if you are a comic book diehard, particularly a Marvel fan, you know that Bendis going to DC is a big effin’ deal and depending on who you follow on social media, your Twitter and Facebook timelines might have reflected that.

Have you enjoyed Marvel’s Netflix shows? Daredevil owes much of its premise and mythology to the work of Frank Miller, but Bendis revitalized the title during his run on the book, adding to the depth of the blood feud between Matt Murdock and Wilson Fisk. (Coming up with something new to say there seemed almost impossible, but Bendis made it feel fresh again.)

Jessica Jones? Yeah, Bendis created that character and the gloriously acerbic, skeptical, foul-mouthed personality that so many of us love. He also made Luke Cage matter again, first as a supporting character in Alias, the Jessica Jones book, then as a member of the Avengers, which Bendis eventually took over.

Maybe Bendis’s greatest contribution to his nearly 20-year run at Marvel was Ultimate Spider-Man, a reboot of the friendly neighborhood wall crawler that seemingly confirmed the belief that the adventures of Peter Parker are most appealing in his high school days. More than a decade into his run with Spider-Man, Bendis also reinvented the character for an entirely new era and audience, killing off Peter Parker (something that seemed unthinkable) and putting Miles Morales under the mask. Oh, Morales was also Afro-Hispanic. That’s right — black and Latino! 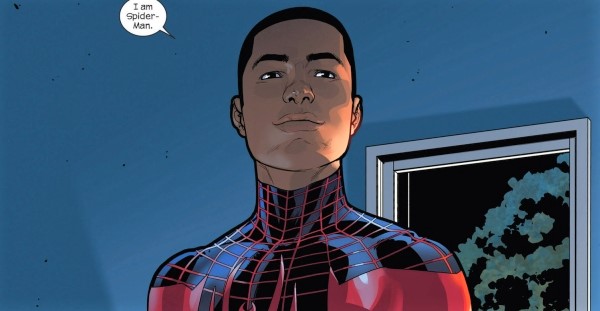 Bendis was inspired by fans wanting Donald Glover to play Spider-Man, a campaign the actor picked up himself. As he has also explained in interviews, one of his adopted children is African American and he felt it was important for his daughter to have some representation in comic books, to see someone she could relate to.

The Morales version of Spider-Man has been so popular that he’s carried his own long-running comic book, appeared in the Ultimate Spider-Man cartoon and will star in a Spider-Man animated movie scheduled to be released in December 2018. (There was also a hint at Morales’s existence in the live-action Marvel Cinematic Universe through Glover’s character in Spider-Man: Homecoming.)

Bendis came to Marvel in 2000 having made his name with crime stories, such as Jinx (about a female bounty hunter) and Torso (about a serial killer case Eliot Ness worked in Cleveland, which is also in development as a movie). That seemed to make him a fit for more down-to-earth, street-level characters like Spider-Man and Daredevil, and he obviously thrived writing those characters. But Bendis showed he could go bigger as well, revamping the Avengers with characters not previously associated with the group like Spider-Man, Wolverine, The Thing and Luke Cage.

Tony Stark had previously been known as an inventor, industrialist and James Bond-like womanizer as Iron Man, but under Bendis, he became more of a Steve Jobs-like futurist who was always way ahead of the rest of the world with his technology. (Robert Downey’s movie version of Stark owes a lot to Bendis.) He also created a new version of the character with black MIT student Riri Williams reverse-engineering Stark’s armor for her own suit.

Bendis even wrote the post-credits scene in Iron Man that essentially started the Marvel Cinematic Universe.

When Marvel surprised everyone by developing a movie based on Guardians of the Galaxy, Bendis wrote the rebooted comic that would be waiting for fans who hit the comic book shop hoping to get more of what they just watched on the big screen. He was also behind a recent reboot of the X-Men in which teenage versions of the original group traveled to the present day.

It wouldn’t be overstating the case to say that Bendis has essentially been Marvel Comics — or at the very least, been hugely influential with the publisher — for almost the past 20 years. As the news of him going to DC was announced, he’s still the writer on four current Marvel titles: Spider-Man, Invincible Iron Man, Jessica Jones and The Defenders. As detailed above, he’s had a hand in virtually every big property Marvel publishes.

I want to thank @BRIANMBENDIS for all the years of hard work, creativity and more importantly friendship.

This is why it’s such a big deal that Bendis is moving to DC, why so many of the comic book fans on your timeline had eye-popping responses. He’s not only doing work for them but signed an exclusive contract, which effectively ends his relationship with Marvel for whatever the length of his deal is.

The question now becomes which properties Bendis will oversee at DC. The natural impulse is to say Batman, which fits perfectly with the down-to-earth crime stories that arguably represent his best work. (The one DC story that he’s written involved Batman.)

But the Dark Knight is in good hands with writer Tom King, who’s putting a distinct stamp on the character with his current storyline of Batman and Catwoman being engaged. James Tynion IV is also doing strong work on Detective Comics. Could DC create a new Batman book for Bendis? Sure. But that’s arguably the expected move and that hasn’t exactly been the approach Bendis has taken during his career.

I have a pretty great job. Mostly rereads but so much fun to read again as a collaborator. #comics

Personally, I look at the stack of books in the photo above and Superman was the first property that popped out among that impressive variety of titles. But Patrick Gleason has taken the Man of Steel down an intriguing path with Clark Kent married to Lois Lane and having a son. It’s been a popular new take on the character and DC probably wants to let it play out. Yet if anyone could come up with a fresh angle on Superman and make him compelling for current audiences, it’s Bendis.

This could go anywhere, which is what makes Bendis moving to DC so exciting (after the surprise wears off). For the writer, it’s a chance to take on a new universe full of characters, new and iconic. He’s probably done all he can at Marvel, which is why the move makes a lot of creative sense. Yet it’s still surprising, which is great news for comic book fans. It’s exactly what DC and Marvel both need in an era when superhero movies overshadow the source material.