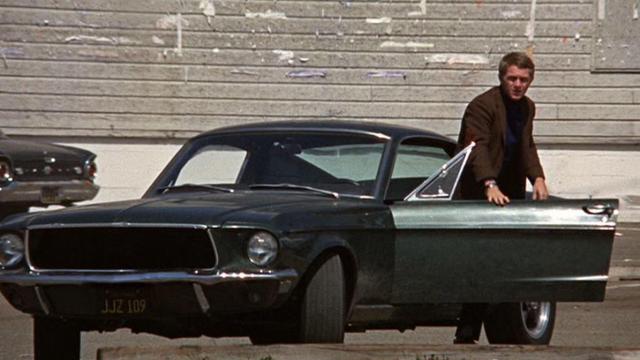 There are iconic characters throughout movie history, but there are few cars that stand the test of movie lore. One such car is the ’68 Mustang that was nearly the star that Steve McQueen was in the movie Bullitt.

Unfortunately, few knew just how iconic the car would be at the time of filming in 1967. One of the two cars used in the filming of the movie was thought to be lost to history forever, with the other being bought by someone on the crew of the movie.

That is until someone purchased a beat up ’68 Mustang in Mexico in hopes to convert that to ‘Eleanor’ from Gone in 60 Seconds. A little research on the VIN number and it became clear that this was actually the missing Bullitt Mustang from the film.

According to a Los Angeles Times report, the real identity of this car was nearly never found out:

Paramount-based body shop owner Ralph Garcia Jr., who has made a career building replicas of the “Eleanor” Mustang featured in the Nicolas Cage movie “Gone in 60 Seconds,” said he was contacted by an associate in Mexico. He had found a clean ‘68 Mustang fastback that he thought would be a good candidate for “Eleanor”-ization.

Eleanor? Not so much. Instead, the plan for the car is to restore it to as close to original condition as it was when it was in Bullitt.

What made this car as iconic as the DeLoren in Back to the Future or the VW Bug?

It was a perfect storm of a cool character driving the car, one of the best chase scenes in film history and one of the most iconic years for the famed Ford Mustang.

But, how do we all know this is the missing car from the film? After all, fakes are part of the car industry all the time. Well, we can thank Ford expert authenticator Kevin Marti for the authentication of this car.

Though initially skeptical — “I see car fraud on a daily basis” — Marti asked Garcia for detailed photos of the car, then traveled to Mexicali to inspect it in person.

“Then I was sure,” he said, after checking VIN stamps and specific aspects of the car that would likely be unknown to anyone attempting to pass off a regular Mustang as the “Bullitt” car.

Given the beat up condition of the car and the details that were found, Marti was able to figure out this is the “jumper” car from the movie. The one used in the legendary chase scene.

Since its authentication, the car could be worth a lot of money on the auction market once restored if the owner wants to put it up for sale. One estimate in the Los Angeles Times’ article has the car fetching a cool $1 million.

It shouldn’t be surprising for a piece of iconic movie history.

Gone in 60 Seconds, Fast and Furious…those car chase scenes have nothing on the scene this car has been a part of. There’s a reason Bullitt often ends up on top of an car chase scene rankings, its filming was a thing of beauty and few have been able to duplicate, let alone top it to this day.

Now, the car that inspired a second generation of car movies is back to its original shape and in good hands. If only Steve McQueen was alive to see the car he had been searching the rest of his life for.

At least the rest of the world gets to enjoy a car that has brought so much joy and love for movies to people around the world.