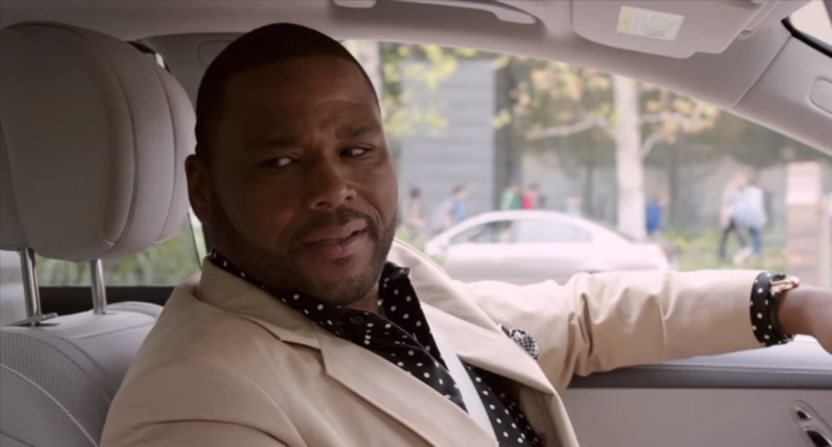 Product placement in movies and television has been around since the silent film era, and it will be around until we move on to downloading entertainment directly into our brain. (Even then, it’ll still be there. Imagine a Coke ad that gives you the sensation of having just cracked open a bottle. The point is, the future is terrifying.)

It’s an advertising practice that’s at best immaterial, often annoying and obtrusive, and at worst shady as hell.

Most people are willing to accept product placement when it doesn’t come at the expense of the show or movie itself, or become so distracting that it takes the audience out of the moment. ABC’s black-ish will test that theory, though, via Tuesday’s episode that will see an entire plotline driven by Proctor & Gamble.

This week on #blackish we teamed up with @mbib for a special episode on The Talk – the inevitable conversations black parents have with children about bias. Tune in Tuesday, 1/16 at 9|8c on @ABCNetwork to watch. Sponsored by P&G's @mbib pic.twitter.com/uIPcGjRiYb

Here are some more details from Variety:

In a unique advertising pact, the characters in “black-ish” will talk about a two-minute film Procter & Gamble released last year to spotlight the discussions black parents have with their children to prepare them for racial bias. The short film, “The Talk,” sparked debate when it debuted in July of 2017, and is emblematic of how major marketers are embracing causes and trends in an effort to align with consumers who have grown increasingly resistant to traditional commercials that shovel sales talk into lives that are already busy.

P&G’s appearance in “black-ish” could raise eyebrows as well. Many ad deals that call for the integration of an advertising message into a program usually result in a particular product making an appearance in a scene, or being mentioned by a character. Pepsi achieved this to noticeable effect in 2015 when it worked with Fox to line-up a three-episode story arc in the drama “Empire” all about how one character worked to create a song for a Pepsi ad campaign.

But Tuesday’s “black-ish” episode will instead feature a plot centered on an issue that the advertiser is trying to burnish. Characters like Anthony Anderson’s  Dre Johnson, a father who is an advertising executive eager to pass his cultural values on to his children, will make reference to “The Talk” as part of an effort to underscore how people from different backgrounds can find common ground.

That’s hardly unobtrusive! But when you have a character who works in advertising, it’s impossible to avoid brand mentions. Mad Men was littered with brands, after all. But only a few Mad Men were actually paid placements for products, and the series wasn’t afraid to portray certain companies in a negative light, fictional or otherwise. (Sorry, Jaguar.) Arrested Development got around it by making it a meta-joke, which not all shows can get away with:

Product placement is generally fine as long as it’s simply a way for a show or network to make some money (and hopefully pump it back into production) in exchange for a Coke machine being in the background instead of a Pepsi machine. If a pop machine was always going to be there, what’s the difference?

What black-ish is doing, though, is another level. Writing an entire storyline around a paid-for plot point is borderline. Even though the overall goal for Proctor & Gamble is noble on the surface, it’s hard to see how a brand inserting itself to this degree into what is, in theory, art will end well. If they were that serious about supporting a diverse national conversation about race, why not increase sponsorship across the board for TV series featuring or focusing on minorities? Or women? Or both?

There are ways to actually help, and then there are ways to sort of help but also sort of try to score points to increase your sales with different audiences. The latter is a commercial, whether it’s a 30-second spot for Doritos or a short film about how our society talks about race.