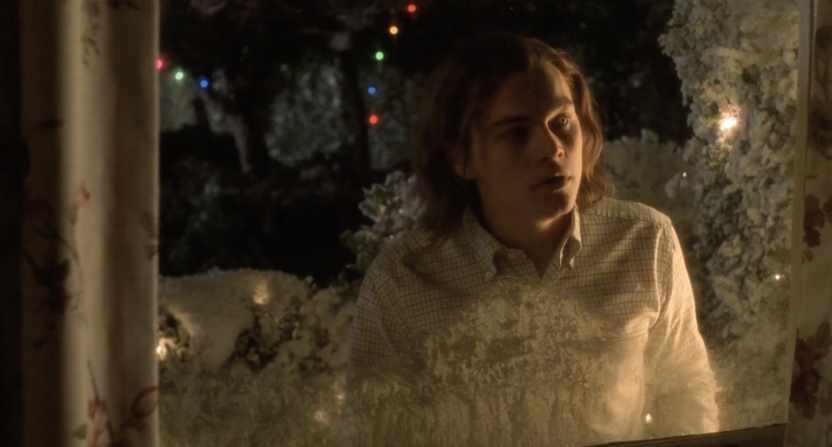 What’s your favorite Christmas movie? You could go with the predictable ones: It’s a Wonderful Life, A Christmas Story, Elf, or Love Actually. But for some of us, nothing is more fun or appropriately sums up the holiday season quite like Catch Me If You Can.

Let’s celebrate the 20th anniversary of a “true story of a real fake.” Catch Me If You Can was officially released on Dec. 25, 2002, and Christmas is a recurring theme throughout the film. This Steven Spielberg masterpiece introduced many to the unbelievable exploits of Frank Abagnale. It’s based on the New York Times best-selling memoir of a conman who allegedly impersonated a pilot, a doctor, and a lawyer while also cashing millions in fraudulent checks. All before he turned 21 years old.

You can’t write the history of modern cinema without mentioning Spielberg. He’s one of the most important directors of all time, universally praised for his box-office clout and storytelling skills. He has made wildly successful blockbusters and serious Oscar-winning dramas. But he’s never made a film quite like this one.

Catch Me If You Can is a joyride through Abagnale’s life of crime. Taking liberties, and boosted by Leonardo DiCaprio’s natural charm, he created an easy-to-root-for swindler. What was not to like? DiCaprio’s Abagnale was rich, flew across the world for free, drove cool cars, and had love affairs with many women. Sure, these adventures were all based on lies but if you ignored morality, this felt like a never-ending good time.

Catch Me If You Can takes place in an America that doesn’t exist anymore. In the late 1960s, personal information wasn’t as easy to confirm as it is today, and people were a little more trusting in their fellow man. In the movie and the real-life story, Abagnale was able to exploit that faith.

One of the best decisions made by Spielberg and screenwriter Jeff Nathanson was to invent the character of FBI agent Carl Hanratty (Tom Hanks), who pursues Abagnale. While Hanratty is fictional, he’s loosely based on a real person. The whole narrative structure is a game of cat and mouse between the two, with DiCaprio’s Abagnale always staying one step ahead.

Every scene featuring DiCaprio and Hanks is fabulous— a masterclass in acting. Two thespians at the apex of their powers. They play off each other so well, from their initial meeting in Atlanta to their Christmas phone call to the Miami airport scene, which is pure genius and pure entertainment.

With Spielberg, DiCaprio, and Hanks, Catch Me If You Can was expected to be a hit. It hauled in $352 million worldwide and was praised by critics. The New York Times described it as “arguably the best-acted of any Spielberg film.” Shockingly, Catch Me If You Can earned only two Oscar nominations. John Williams (Best Original Score) was recognized for his bouncy soundtrack. Christopher Walken (Best Supporting Actor) was recognized for his Willy Loman-esque take on Frank Abagnale Sr.

If Catch Me If You Can was a routine biopic, it still would have been successful. However, the main reason why it resonates decades later is how it brilliantly portrays holiday disappointment. So many of us have an image or memory of a perfect Christmas. We’re annually trying to recreate that and often/sometimes fail.

Christmas perfection exists in art but is virtually impossible to replicate in real life. Snow on Christmas Eve? Probably not going to happen. Getting everything you want from Santa? He’s going to miss something on that list. Having that Love Actually moment when your one-and-only unexpectedly appears? Too Hollywood.

DiCaprio’s Abagnale, the child of divorce, is constantly dealing with the disappointment of Christmas. Part of his character’s motivation is that if he can make enough money, he can reunite his parents and recreate a holiday memory of happiness. That wouldn’t happen in real life and it doesn’t happen in this movie.

The scene near the end set to Nat King Cole’s “The Christmas Song” is heartbreaking. A teary-eyed Abagnale peers through the window as he watches his mother making new holiday memories with her new husband and new child.

Ultimately, the biggest takeaway from Catch Me If You Can may be an uncomfortable truth. Sometimes it’s easier to lie to yourself than face a harsh reality.

Catch Me If You Can is streaming on Paramount+ and Amazon (with ads). It is also available for rent on Amazon, YouTube, Apple TV+, and other services.