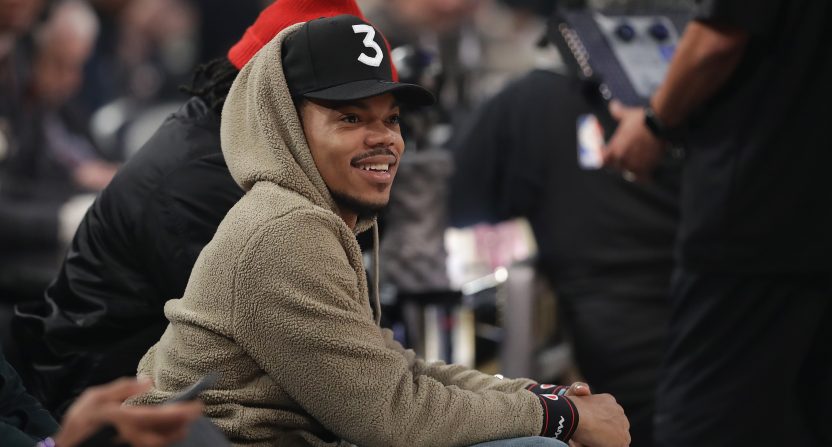 Chance The Rapper is extremely popular and well liked for (at least) two big reasons: First is he’s really good at making music, and second is he posts all of his music for free on Soundcloud.

On Thursday, Uproxx reported that Soundcloud had enough money for only about two more months of operation.

Soundcloud recently had to lay off 40% of its employees. Despite the fact that signs pointed towards Soundcloud impending demise, founders Alex Ljung and Eric Wahlforss denied they had two months left in a blogpost on the website:

“In the competitive world of music streaming, we’ve spent the last several years growing our business, and more than doubled our revenue in the last 12 months alone. However, we need to ensure our path to long-term, independent success. And in order to do this, it requires cost cutting, continued growth of our existing advertising and subscription revenue streams, and a relentless focus on our unique competitive advantage — artists and creators.”

“With more focus and a need to think about the long term, comes tough decisions. Today, after careful and painful consideration, we took the difficult step to let go of 173 SoundCloud staffers and consolidated the team into two offices: Berlin and New York. We are extremely grateful for the contributions of each and every staff member who will be leaving SoundCloud, and we wish all of them the best. Without them, we would not be where we are today.”

“By reducing our costs and continuing our revenue growth, we’re on our path to profitability and in control of SoundCloud’s independent future,” Ljung wrote.

That’s when Chance stepped in.

I'm working on the SoundCloud thing

And step in and deliver he did.

@ an artist who you wouldn't know if not for @SoundCloud

Just had a very fruitful call with Alex Ljung. @SoundCloud is here to stay.

*airhorn* Spread the word: your music isn’t going anywhere. Neither are we.

That’s just impressive. While no word has emerged as to what exactly Chance may have done to help save the website, it is possible the charitable rapper did donate some money to help the company get back on its feet. Back in March, Chance donated $1 million to Chicago’s public schools.

Thanks for all the love and support. Keep discovering and sharing the music ?

Oh and if you haven’t listened to Chance The Rapper yet, fix that—maybe on SoundCloud.