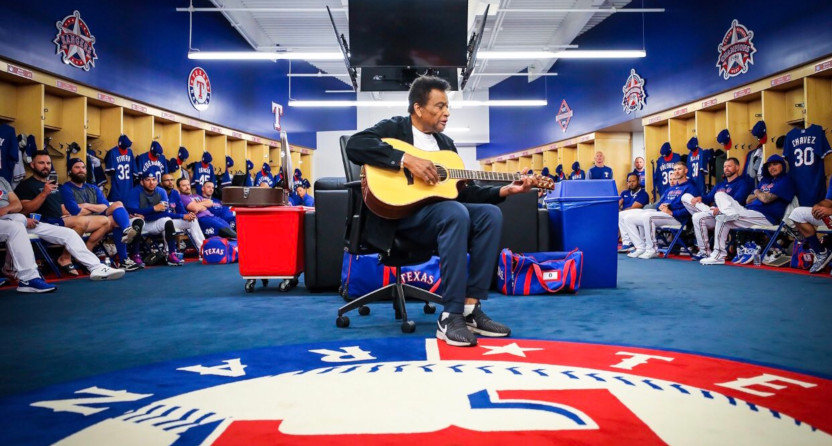 Famed musician and baseball figure Charley Pride passed away at 86 Saturday from complications of COVID-19. Pride had an amazing country music career from the 1950s through the present despite racial prejudice. He was inducted into the Country Music Hall of Fame in 2000, was one of only three Black members of The Grand Ole Opry (alongside DeFord Bailey and Darius Rucker), won three Grammys, received a Recording Academy Lifetime Achievement Award in 2017, and received the Willie Nelson Lifetime Achievement Award at this year’s CMA Awards. But Pride’s eventual musical accomplishments came after his early baseball accomplishments, which included a long career in the Negro Leagues and the MLB minor leagues (from 1953-60). And, as Kennon Baird wrote in a piece at HelenaHistory.org, Pride’s music career got an interesting boost during his time playing second base for the semipro East Helena Smelterites in 1960 while also working in the smelter during the day:

After serving two years in the military, he tried to return to baseball. Though hindered by the injury to his throwing arm, Pride briefly played for the Missoula Timberjacks of the Pioneer League, but was cut.

It was then that Kes Rigler, manager of the East Helena Smelterites, hired Charley. It was a good move. (the smelter kept 18 jobs open for ball players, regulating their days off so they could have a team). Not only did Charley make good money working at the smelter, he helped boost the Smelterites winning average.

Rigler soon discovered that Charley could sing as well. Rigler paid him $10 to sing over the PA system for fifteen minutes before games, which was the same amount he got paid for playing the game. Charley’s singing boosted attendance.

After the games, Charley would play at various local nightspots, sometimes as a solo and other times as a member of a combo.

Here’s a 1960 clipping Baird included in that piece on Pride singing at Smelterites games:

And here’s a photo from that same piece of the “Night Hawks” group Pride would perform with, featuring Monty Cowels (who supplied the photo), George Owens, and Jimmy Owens: 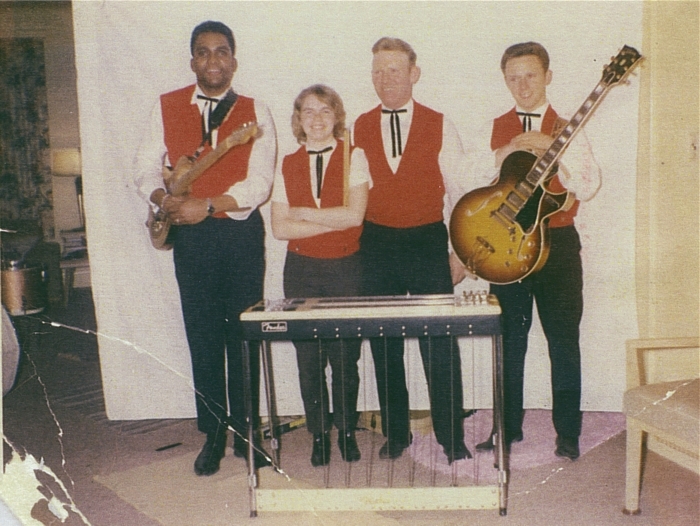 That’s pretty cool. And while that wasn’t Pride’s first venture into music (he’d previously received encouragement from country stars including Red Sovine and Red Foley, and he’d even recorded some songs at Sun Studios in Memphis in 1958 while pitching for the Negro Leagues’ Memphis Red Sox), his time in Montana (where he lived until 1969) helped him establish himself as a musician. He got a RCA Victor contract in 1965, and found his first major success with “Just Between You And Me” in 1967, which hit #9 on the country charts. But as Matthew Leimkuehler and Dave Paulson wrote in a Pride obituary in the The Nashville Tennessean, many of those who liked Pride’s music didn’t initially realize he was Black (especially as his early records were often sent to radio stations without his picture), and that led to some awkward moments at concerts:

Pride recalled being introduced to rousing applause early in his career, only to be greeted to silence as he took the stage. He makes a sound similar to a deflating balloon when recalling those first gigs.

“They were quiet as a pin,” Pride said. “They thought maybe it was a joke.”

During a 1966 show at Olympia Stadium in Detroit, Pride faced the biggest gig of his career to that point. He’d been walking out to a few hundred deflated balloons each night. This night, he’d be walking out to thousands.

“Here’s what Jack and I came up,” Pride said, “‘Ladies and gentlemen I realize it’s a little unique with me comin’ out on stage wearin’ this permanent tan. I got three singles — I only have ten minutes — I get through with those I’ll maybe do a Hank Williams song, but I ain’t got time to talk about pigmentation.'”

Pride would go on to remarkable success in music, but he continued his involvement in baseball as well. As Tyler Kepner of The New York Times noted Saturday, Pride sang the national anthem at the World Series in four different decades:

And as mentioned there, Pride became a part-owner of the Texas Rangers. The Rangers put out their own tribute to him Saturday, as per Levi Weaver of The Athletic:

Kendrick also retweeted an older post he’d made about Pride:

Pride left a massive mark on country music, and on baseball as well. He’ll long be remembered.

[The Nashville Tennessean; photo from Kelly Gavin, via Levi Weaver on Twitter]