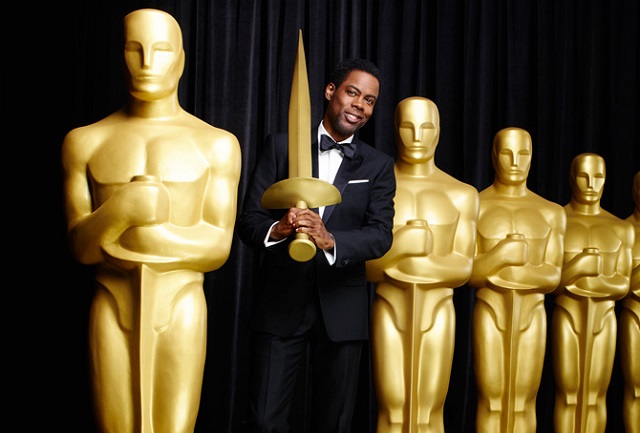 Chris Rock is more of an astute social critic than a comedian. Therefore, he’s the ideal host for the 2016 Oscars. Rock, who has built a career by mocking uncomfortable truths, will joke about the #OscarsSoWhite controversy.

Expect Rock to confront the topic from the start of his opening monologue: “Welcome to the Oscars. I haven’t seen this many white people since I stopped by Trader Joe’s.”

Rock is one of the most insightful people of his generation. He should be there. He needs to be there. Boycott? What is that going to accomplish? Threatening not to show up is the equivalent of a distant cousin not attending your wedding. You didn’t notice and didn’t care. Inviting your cousin was just the polite thing to do. 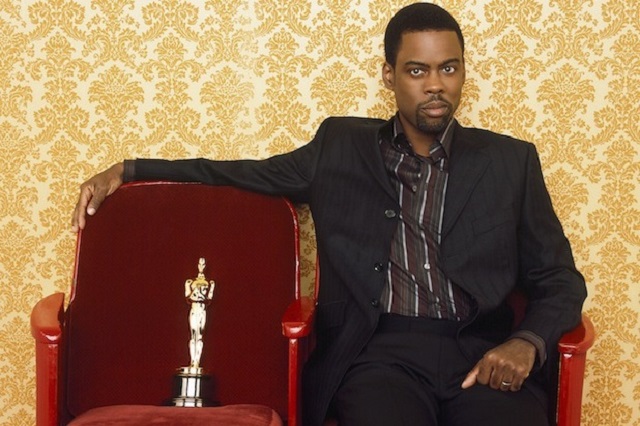 The American Academy of Arts and Sciences, the organization behind the Oscars, has at best paid cursory attention to minorities. Now, on the industry’s biggest night, they’re going to have to listen to Mr. Bigger & Blacker bring the pain for over three hours.

This is the Oscars Hollywood deserves.

For the second consecutive year, there are no people of color are among the major Oscar categories and USA Today suggests that that number might grow to three years in a row for Oscars 2017. According to a report by Maria Puente and Andrea Mandell, among the 184 films scheduled for release this year, an analysis of 2016 releases “found a lack of minority and female faces in major roles and among directors.”

The Academy has responded to the backlash by taking steps it hopes will double the number of minority and women members by 2020. To which, my response would be the same as Rock’s:

Rock is not going to bludgeon you into seeing his point. He’s too smart, too sophisticated. He’ll keep the show moving. This night is not about him skewering Hollywood incessantly. This night is about the many talented people in the film industry.

African-Americans, Asians and other ethnicities have done extraordinary work too. They are being marginalized. They need a voice. Chris Rock is an unafraid, unapologetic voice. This should serve as a reality check to what life is often like as a non-white actor.

To my Caucasian friends, stay with me. I can hear some of you grumbling, ready to type out a hostile response. No need to get defensive. No one is advocating Affirmative Action policies for the Oscars. Nominating a Tyler Perry comedy for Best Picture because Perry is black is just as awful as nominating Kevin James for Best Actor in Paul Blart: Mall Cop III because he’s fat.

An award is recognition from your peers, not a right. You don’t need quotas. You just need to pay attention. It would be one thing if there were no Oscars-worthy performances from minorities. But if you think that was the case in 2015 you, like the Oscar voters, are living in a different America.

Straight Outta Compton is the most egregious oversight. Both a critical and commercial success (over $200 million box office), it deserved a Best Picture nomination. (It is nominated for Best Original Screenplay) and Jason Mitchell (Eazy-E) should have been nominated for Best Supporting Actor.

What about Idris Elba for his chilling portrayal of a warlord in Beasts of No Nation? You could also make an argument for Michael B. Jordan in Creed.

These films were not just enjoyed by black audiences but by all audiences. That’s what makes this so frustrating.

Rock wrote an essay for The Hollywood Reporter in December 2015, saying of Hollywood: “It’s a white industry. Just as the NBA is a black industry. I’m not even saying it’s a bad thing. It just is. And the black people they do hire tend to be the same person.”

A long time ago, Robert Townsend had a similar beef. He made a movie about it called Hollywood Shuffle (1987). It comically highlighted how blacks were often limited to stereotypical acting roles.

The entertainment world has changed for the better and yet it still feels like a metaphoric Selma to Montgomery march.

The #OscarsSoWhite jokes aren’t so funny any more — even when Rock is delivering them.