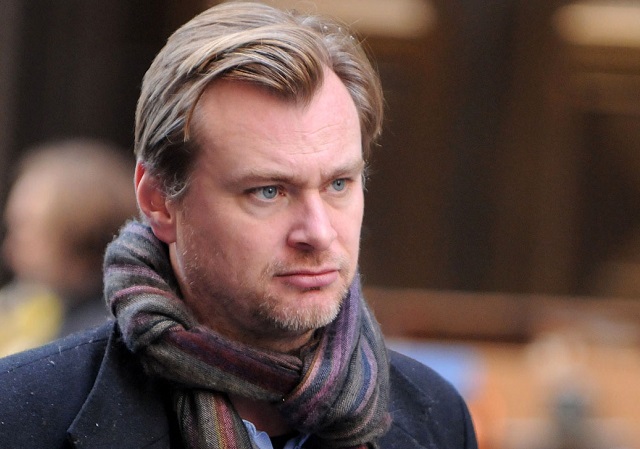 After going into the future with Interstellar, director Christopher Nolan is reportedly heading back to the past for his next project. Over Christmas weekend, word began to leak that his new film would be set during World War II. Now, that news is all but official.

As first reported by Variety‘s Justin Kroll, Nolan’s upcoming movie will be titled Dunkirk and tell the story of Operation Dynamo, which evacuated Allied troops from Dunkirk, France in May and June of 1940. The German army had trapped British, Belgian and French troops in the city and were at risk of being captured or killed. Nearly 400,000 soldiers (198,000 British, and 140,000 Belgian and French) were saved as a result of the operation.

Nolan wrote the script for the film and Kroll reports that Tom Hardy, Kenneth Branagh and Mark Rylance (Bridge of Spies) in talks to join the cast. Interestingly, however, it appears that unknown actors yet to be cast will play the leads in the film.

Warner Brothers has set a July 21, 2017 release date for Dunkirk, which will be shot on IMAX 65mm and 65mm large format film, following contemporaries Paul Thomas Anderson and Quentin Tarantino in shooting their movies in a panoramic format. Not every theater will be able to show movies in that format, but Tarantino’s The Hateful Eight being released in 70mm format prompted 100 theaters in 44 cities to either install or refurbish projectors with that capability.

With the worldwide success of his three Batman films, Inception and Interstellar (which drew mixed reviews, but still earned $653 million globally), Nolan could probably make any movie he’d like with Warner Bros. He’s arguably cashing in some of those chips with this new film, which doesn’t appear to be the blockbuster type project Nolan has been making in recent years.

But adults go to movies during the summer too, and a WWII film could be a strong alternative to the superhero flicks and franchise sequels that populate theaters that time of year. Nolan has become one of those A-list filmmakers whose movies are must-see events. Dunkirk will draw major interest because of that.