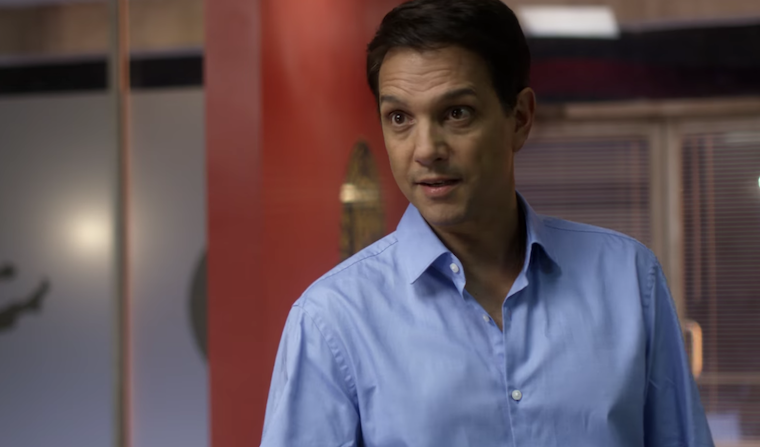 When a Karate Kid sequel series titled Cobra Kai was announced last August, it was reported to be a comedy. Producers were embracing the absurdity of Daniel LaRusso and Johnny Lawrence crossing paths again more than 30 years later.

Maybe the series would also be a commentary on the blatant nostalgia grabs that so many movies and TV shows are making in current pop culture. Networks like CBS and NBC are greenlighting revival after revival. A 2019 TV lineup might look much the same as it would have in 1994.

Yet the first teaser trailer for Cobra Kai certainly doesn’t seem to be promoting a comedy. It seems pretty damn serious, with not a laugh to be found. That is, unless seeing older Daniel and Johnny facing each other on a mat again makes you chuckle. So is this a comedy?

Watch the trailer and judge for yourself:

Of course, the joke is probably on us. This first teaser is surely meant to be a wink, appearing to be a serious follow-up to The Karate Kid but really poking fun at the idea of such a ludicrous sequel. (The title cards that look carved out of granite and steel are a good tip-off in that regard.)

At the very least, the image of Daniel and Johnny facing off as they did 30 years ago during the All Valley Karate Championships invokes a feeling. It’s the tingle of nostalgia in your chest!

Oh. My. God.@ralphmacchio and @WilliamZabka. THIS is my generation’s BATMAN V SUPERMAN. #nomercy #cranekick https://t.co/M3ViDjOdWF

Cobra Kai can actually get around to showing what it actually is as a series later. For now, this teaser is just hanging out its shingle, letting the world know that, yes, this is really happening. Showing Zabka and Macchio is proof of life.

But this is definitely going to be a comedy. The writers behind Cobra Kai are best known for their work on Hot Tub Time Machine (Josh Heald) and the Harold & Kumar movie series (Jon Hurwitz and Hayden Schlossberg, who will also direct several episodes).

Cobra Kai‘s premiere hasn’t yet been announced, but its 10 episodes will run on YouTube Red sometime this year.