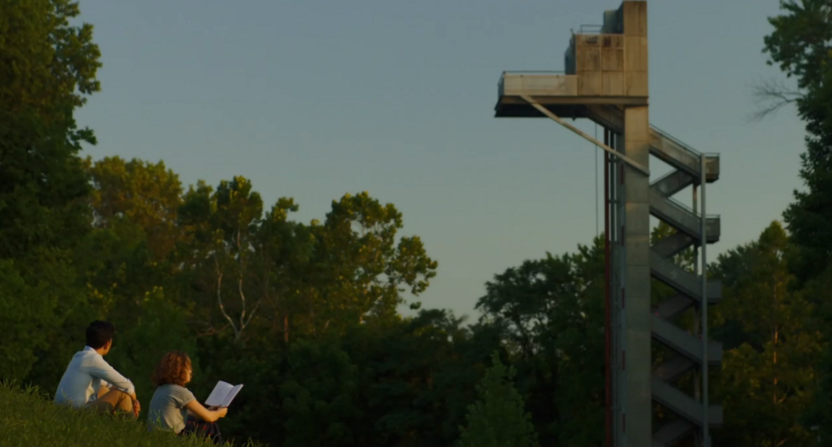 Let’s start with one thing: the Oscars are silly. That’s not to say you shouldn’t enjoy them; I spent plenty of high school study hall periods endlessly searching Oscarwatch.com (now Awards Daily!) trying to determine if Road to Perdition was going to get the recognition I thought it deserved.

(It didn’t, although Conrad L. Hall’s posthumous win for cinematography was well-earned.)

But if a film doesn’t win or get nominated for an Academy Award, it’s not automatically bad, just like a nomination or a win isn’t a guarantee of quality. (Did you remember that Suicide Squad won an Oscar just last year? It did!) This year, there were plenty of snubs and some of them are more noteworthy than others. Wonder Woman, for example, was nothing short of a phenomenon, and as culturally important as a modern superhero blockbuster can be, and it isn’t up for anything.

There’s another category of snub, though, that isn’t really even a snub: the small, independent movie that was never going to be an option. Occasionally, the Oscars recognize films in this mold. Lady Bird has five nominations, all in major categories, and it’s possible it wins at least one despite a $10 million budget and just $39 million in box office returns. But it’s rare that more than one small, micro-budgeted movie breaks through into the mainstream, which is unfortunate on multiple levels. There are a lot of good movies being made no one will see.

Take, for example, my favorite movie of 2017, Columbus. The drama was filmed on location — not in Ohio but in Columbus, Indiana — and earned $1 million after a very limited run in theaters. (Here’s where I’d normally include the trailer, but as too often happens, it gives away too much of the story.) 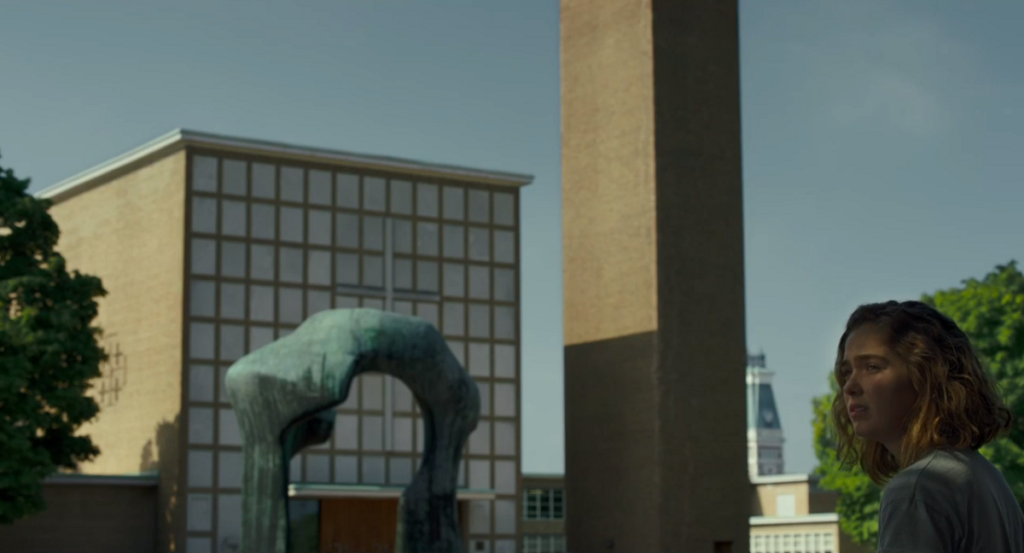 It’s a setup intriguing in its realism and accentuated by the lead performances. Cho is excellent; he gets to tap into his innate likability while subverting it in unexpected ways. He’s rarely been allowed to come across this vulnerable, and it’s lovely to watch an actor normally associated with comedy (be it stoner or sitcom or fun one-liners in sci-fi blockbusters) do so much work in wordless scenes.

And there are plenty of wordless scenes. It’s a very quiet movie. Debut director Kogonada was schooled in video essays, having contributed them on directors like Wes Anderson and Stanley Kubrick for Criterion Collection releases. The former would have a field day in Columbus; in many ways, its modern architecture resembles a Wes Anderson set. Buildings and structures are symmetrical and almost surreally situated in their small town environment, occasionally suspended out into space without any visual support, and always framed beautifully.

(Full disclosure, I’m an Indiana resident and have been for most of my life, and I was not aware Columbus was an architectural hotbed. My mom was, though.) 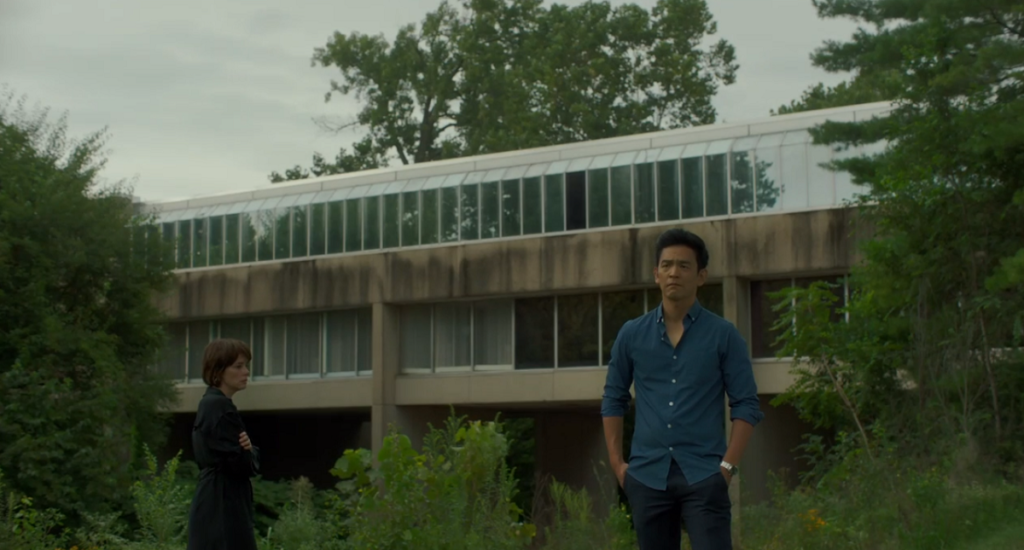 This isn’t a documentary on architecture. There’s a story, small in focus, which in turn allows it to explore big themes in relatable fashion. Much of that story actually focuses on Casey, and though Cho is the bigger name, Haley Lu Richardson is a revelation. Her performance here avoids any semblance of manic pixie dream girl, revealing a character who hasn’t quite discovered the details of her own gifts, though she’s growing more aware of their presence.

She and a coworker (Rory Culkin, perfectly cast) have a few flirtatious scenes together, and her scenes with Cho are also on point. But like Cho she does amazing work by herself, acting kinetically but wordlessly. Casey is clearly trapped by a few factors, and we see her try on different personas as she attempts to figure out just what her next steps will be. 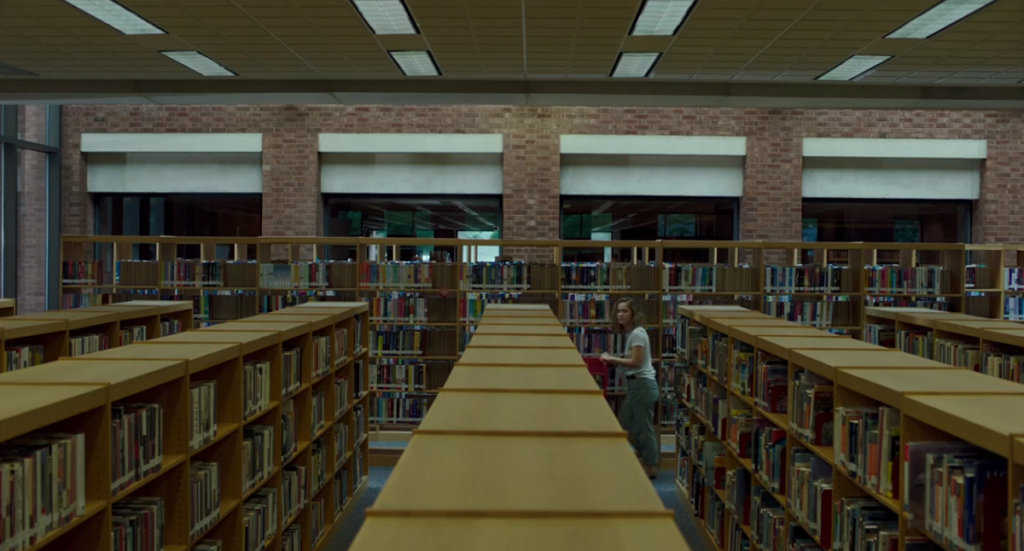 Columbus is certainly impressionistic; taking a full advantage of cinema as a visual medium to great results. That approach highlights the dialogue when it does come; all of it matters, because we don’t see everything that happens. The narrative jumps forward, characters refer to conversations that took place in the interim that a less-assured writer-director would have probably put in the movie. There’s not much hand-holding. (There aren’t any subtitles for the occasional phone conversations Jin has in Korean, for example, which works nicely to give the audience a slight taste for how isolated he’s feeling.)

It’s tempting to compare Columbus to films like Lost in Translation, but set in a small Indiana city, and maybe that’s the right comparison in terms of an overall theme: two strangers meet and explore together. It’d be a disservice to this movie, though, to pin it that way; there’s such depth and it’s a story that rings so true on so many levels. Young people like Casey are out there, and their stories aren’t often told, much less with this much elegance.

The story, and Richardson’s performance, have stuck with me for weeks. (I’m not alone, as Columbus scored 98% on Rotten Tomatoes.)

It’s a wonderful movie, and a neat trick, sneaking so much realism into a surreal setting. Then again, people in Columbus do that every day. I’ll have to visit sometime.

(Columbus is available to Hulu subscribers, and can be rented for $.99 on Amazon and for slightly more at other sites.)