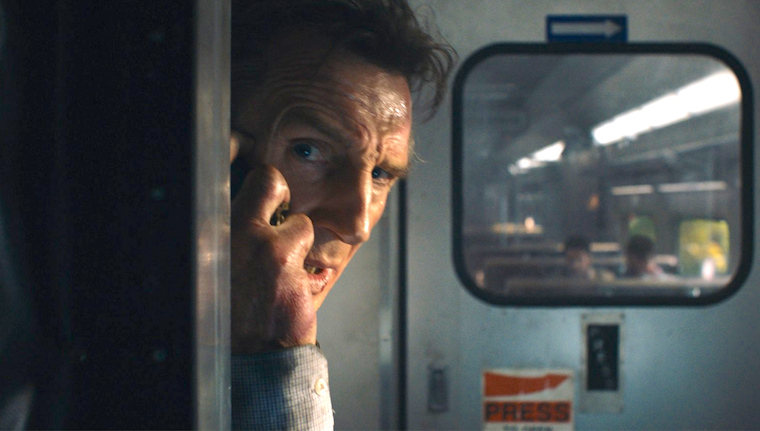 With a new year beginning at the movies and some of the top awards contenders still making their way into theaters, it’s assuring to know that there’s solid entertainment to be found as we settle back into our regular routines.

Nothing may be more dependable these days than a Liam Neeson action movie. Sure, we can smirk at his late-career reinvention as an action star, but the product is respectable. These aren’t great movies and don’t require fine acting from Neeson, but it certainly helps that he provides a good performance every time out.

Neeson does the best he can with thinly drawn characters, adding some believable depth to their back story. Most of these people are supposed to be family men (even if they were hitmen or policemen in previous lives) craving normalcy whose comfortable existence is disrupted by extraordinary circumstances.

At first glance, The Commuter seems preposterous. Oh, where are they sticking Liam Neeson now? How is he going to apply his very particular set of skills this time? Even as you’re watching this movie, you might be reminded of other movies, such as Speed. Substitute a bus for a train, and you still have a commuter transport filled with ethnic and character archetypes that’s in unwitting jeopardy.

But director Jaume Collet-Serra is a steady filmmaker who’s made good action and horror thrillers, and this is no exception — even if it leans off the rails (OK, pun intended) toward the end, especially with some bad CGI. Collet-Serra is ready for a blockbuster.

He was once under consideration for a Suicide Squad sequel, but opted to jump aboard a Disney franchise with Dwayne Johnson and Jungle Cruise. That was probably the smarter move. And if that doesn’t work out, he’ll can always fall back on another action flick with Neeson.

You may have already seen this movie

Neeson’s character gets a message on his phone and is told that fellow passengers will die on the transport vehicle he’s riding unless a directive is carried out. Oh, and someone stands to gain a significant amount of money from the entire scenario. Is that the plot of The Commuter or another collaboration between Neeson and Collet-Serra, Non-Stop?

No, the two movies aren’t exactly the same. One takes place on an airplane and the other is set on a commuter train. In Non-Stop, Neeson’s Bill Marks was an air marshal, directly involved in thwarting the terrorist plot. Michael McCauley, the main character of The Commuter, is more of a pawn in the overall scheme. But he’s not just the normal guy riding the train into New York City as part of his routine, work-a-day life.

McCauley is an ex-cop who took a civilian job as an insurance salesman to be more of a family man. With that background, it’s a bit more plausible that he’d be singled out by Vera Farmiga’s Joanna and the shadowy crime organization she works for. Being a former cop also explains how McCauley could believably take on federal agents and trained operatives in hand-to-hand combat, though he does take a beating.

Also, The Commuter continues the trend of Neeson doing some of his best acting while talking on the phone. Plenty of fans and critics have poked fun at Neeson becoming a reliable action star in his 60s, but he’s done great work on the phone.

No, Neeson doesn’t boast of a very particular set of skills here, nor threatens to find and kill his adversary. But he does convey the fear and anger over his wife and son being in jeopardy, and the frustration of being a presumably normal guy dragged into some very abnormal circumstances.

I don’t know if Farmiga is considered a co-star here. Her name isn’t featured prominently on the poster. And really, she doesn’t have a large role in the movie. Her main scene is essentially in the trailer. As Joanna, she portrays herself as a big-city commuter train newbie, awed by the number and diversity of the people. Of course, it’s all a front to trick McCauley into letting his defenses down. He’s just too nice a guy.

But the rest of Farmiga’s part mostly consists of her scolding and badgering Neeson over the phone. Fortunately, she conveys the right amount of sternness to keep McCauley going.

There also may have been a side deal for her The Conjuring co-star Patrick Wilson, who has a supporting role as McCauley’s buddy and former partner. Did one recommend the other to Collet-Serra or the movie’s producers? Or was it just an amusing coincidence to have Farmiga and Wilson in the same movie? (Though they don’t have any scenes together.)

Really, it’s just a shame for such a talented actress to have such a small role. The movie does need someone appealing and formidable to believably rope Neeson in, and Farmiga accomplishes that nicely. But anyone who’s seen her in the Conjuring movies, Bates Motel or Up in the Air know she’s capable of so much more.

1 thought on “The Commuter is familiar and reliably entertaining, like all Liam Neeson action movies”