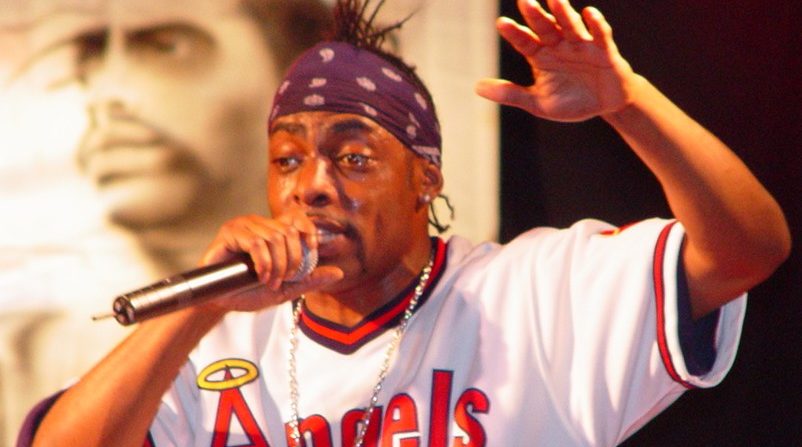 The details on what’s known so far, from TMZ:

Coolio’s longtime manager, Jarez, says Coolio went to the bathroom at his friend’s house, but when he didn’t come after a while … the friend kept calling for him, and eventually went in and found Coolio laying on the floor.

We’re told the friend called EMTs, who arrived and pronounced Coolio dead on the scene — and Jarez tells us the paramedics suspect he suffered cardiac arrest. An official cause of death has not been determined.

6:24 PM PT — Law enforcement sources tell TMZ … paramedics were called to a house in Los Angeles around 4 PM for a medical emergency and when they got there they pronounced Coolio dead.

We’re told police have opened a death investigation but as of right now there does not appear to be signs of foul play. However, our sources say the coroner will make a final determination following an autopsy.

He was also an actor, appearing in many films and television shows.

This is sad news. I witness first hand this man’s grind to the top of the industry. Rest In Peace @Coolio https://t.co/vCeyn08Vsi

My deepest condolences and prayers go out to the family of @Coolio 🙏🏾 #rip pic.twitter.com/vH68qVolRy

Maaannnnn RIP Coolio 😭 Gonna blast “Gangsta’s Paradise” for the rest of the day.

the way tv and hip-hop were so connected in the 90s is something i’ll never forget. and it gave us one of the best songs in the kenan and kel theme by coolio. rest in peace. pic.twitter.com/D4t9H28b1e

RIP Coolio, whose one massive hit overshadowed a formidable run of classic West Coast bangers. An original member of the Maad Circle & Compton representative – with an undeniable star quality, humor, charisma, and a gift for making street tales mainstream without sanitizing them pic.twitter.com/DEyMqEOJfs

First CD I ever bought in my life and the most legendary Wing 10 Last Dab these eyes have ever seen RIP Coolio pic.twitter.com/Feu3wwe98S

Rest In Peace Coolio. His music brought a lot of joy to a lot of people. That man had huge huge hits. A fantastic voyage, indeed. ✌🏻