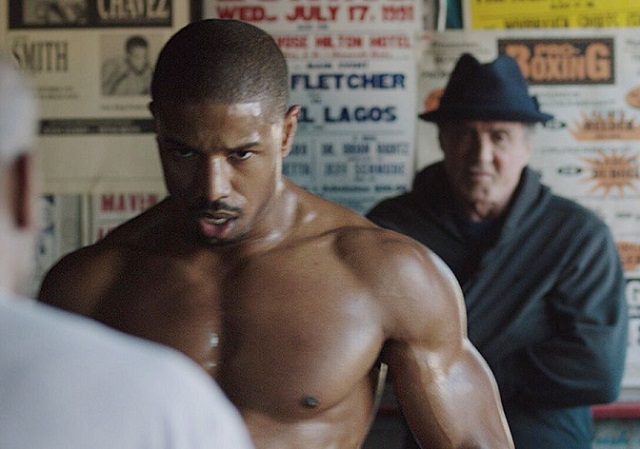 When the first trailer for Creed debuted in July, the movie seemed to have no intention of advertising itself as a Rocky movie. This was a new movie about a young boxer, presumably from a privileged background with a famous boxer as a father, and that gave him a significant chip on his shoulder. Michael B. Jordan is an actor on the verge of stardom and the film seemed poised to live or die on that burgeoning talent. Based on whether or not audiences bought in, this could be his breakout film.

Halfway through that trailer, Creed revealed its big story point. This movie was connected to the Rocky saga. The main character was the son of former heavyweight champion Apollo Creed, the nemesis and eventual best friend of Rocky Balboa.

To make the connection implicit, Sylvester Stallone appeared as his most famous character and a subsequent montage showed that Rocky would indeed play a role in training this upstart fighter. The idea of Rocky becoming Mickey, his former trainer, for his friend’s son and essentially passing the baton to the next generation made an intriguing premise even more compelling.

So is Creed indeed a Rocky movie? The marketing made that connection more clear as the release date approached. This wasn’t going to be a glorified cameo by Stallone. With that question answered, the next curiosity was whether or not this truly was a new film that could break free from its origins, with a lead character that could stand on his own.

As anticipated, Jordan is excellent as Adonis Johnson, insistent on making his own name without the shadow of his father hanging over him. Initially, Adonis has to fight in secret, going to Tijuana to box in dive gyms on weekends, before going back to his day job at a financial services firm (where he just received a promotion). He has a seemingly comfortable life ahead of him if he wants it. But even living at his lavish Los Angeles home with his mother (Phylicia Rashad), Adonis shadow-boxes with old footage of his father, emulating his technique. He yearns to become a fighter. 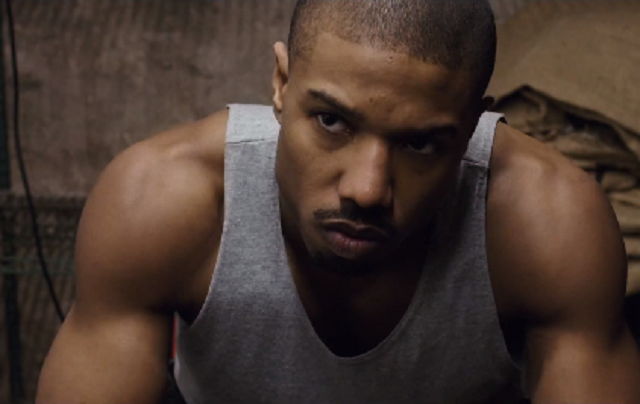 Knowing that the only way he’ll succeed is to dedicate his life to the craft, Adonis quits his job. But no one believes in him. His mother thinks this is some misguided attempt to know his father, while fearing he could suffer the same fate in the ring. He’s rejected by the gym where Apollo Creed trained, built on the champion’s name and run by the son of his former trainer, dismissed as a rich kid looking to expand a hobby. How could this offspring possibly have the same hunger and will to succeed when he already has everything these hopeful fighters want?

It’s at this point that Creed becomes a Rocky movie, picking up where the previous films left off and continuing the story. Perhaps as a last resort, in addition to getting away from all the doubters, Adonis travels across the country to Philadelphia to seek out the one guy left who might give him a chance. But it’s not that Rocky Balboa doesn’t believe in Adonis; he just doesn’t want anything more to do with boxing. He left that life behind, likely because it reminds him of what he was once and everything he’s lost.

If you saw 2006’s Rocky Balboa, you know that Rocky runs a small restaurant named after his wife, Adrian. The former champ now slings plates of Italian food and tales of past glories, rather than punches. When Adonis visits the restaurant, he seems like another guy who wants to hear an old story. Except he’s asking about a story only two people should know about: The private sparring match between Apollo and Rocky seen at the end of Rocky III. (By the way, if you want to know who won that fight, you’ll have to see this movie.)

That scene captures the spirit of this movie. Must you have seen the previous Rocky films to enjoy or even know what’s happening in Creed? No, the story works on its own and doesn’t lean on references to take any storytelling shortcuts. But man, you will enjoy the film so much more by being familiar with those callbacks. You’ll know how Rocky and Apollo’s relationship evolved, how Apollo died in the ring, and what brought the man Adonis seeks as a mentor to the point where we meet him in this story.

Of course, Rocky eventually relents and agrees to train the kid. We wouldn’t have a movie if he didn’t. Or at least the movie wouldn’t be nearly as fun or memorable. What made him finally change his mind? It’s not said outright. Maybe he feels an obligation to his friend. Perhaps he sees himself in young Adonis. I like to think we’re not entirely meant to know, but just appreciate the scene when it happens and the moment of clarity seen on Rocky’s face as portrayed by Stallone. 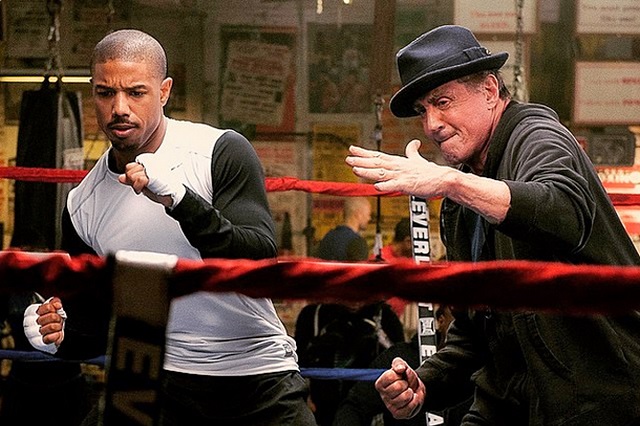 Stallone is the true revelation of Creed. He doesn’t steal the movie from Jordan. Director Ryan Coogler wouldn’t let that happen to his star, who also headlined the filmmaker’s feature debut, Fruitvale Station.

It’s so easy to remember Stallone as a muscled-up action hero who’s spent the past 10 years trying to revive and relive his previous cinematic glories by continuing to bring his most famous characters back to the screen, or cash in on nostalgia for bad 1980s action flicks with the Expendables franchise. He’s made it easy to forget that he’s actually a good actor, one who probably hasn’t made the best choices for roles in recent years. Stallone reminds us here. He’s lived this character and carries the weight of his story throughout this film, making him an utterly believable and sympathetic figure — unlike the virtual superhero he was in Rocky III and IV.

Besides giving his characters depth and dramatic credibility, Coogler also does a fantastic job of setting his film in an authentic boxing world. Training for a fight is supposed to be dirty and difficult, not just a montage set to a Survivor or John Cafferty power anthem. We see a HBO “24/7” program featuring two other boxers that could very easily be the real thing. ESPN commentators discuss Adonis’ fight and heritage on Pardon the Interruption and SportsCenter. And the circumstances that allow Adonis to fight light heavyweight champion Ricky Conlan — cutting through the politics and financial considerations of the sport — seem believable, rather than contrived.

Perhaps most importantly, the boxing scenes pass the eyeball test. The camera gets in the ring with the fighters, making the viewer feel close to the action, but there’s nothing flashy like a first-person view of a boxer getting punched. The actual fighting isn’t toe-to-toe slugging as seen in the later Rocky movies, sequences that make an actual boxing match seem terribly boring. Adonis’ first fight appears to be done in one long take with no cuts, adding to the thrill and fear of a neophyte boxer getting into the ring and possibly being out of his league. Coogler does not make a cartoon, like Stallone did as a director.

Yes, Creed is a Rocky movie. But Coogler and Jordan had to nod to the past and show proper respect in order to create their own film and establish a possible new legacy. And when that happens on screen, it’s a wonderful moment. Maybe this is the end of the story, at least from Rocky Balboa’s perspective. But it doesn’t have to be. Creed could easily be the beginning of a new franchise, giving us a new boxing folk hero. I’d love to see what else Jordan can do with this character, stepping away from the shadow cast by Rocky and Apollo. He and this film deserve that chance, along with some warranted awards love in the weeks and months to come.